WASHINGTON – Arizona Secretary of State Katie Hobbs said the 2020 elections “challenged our democracy in ways we’ve never seen before” but that officials still managed to deliver a safe, secure election with record-breaking turnout in the midst of a pandemic.

Hobbs, speaking as part of a panel of election officials Tuesday, also blasted what she called “election extremists” in Arizona and other states who she said “are working overtime to make voting more difficult.”

“Some of these lawmakers are trying to rehash the debunked theories about the 2020 election as an excuse to limit access to voting and it’s shameful,” Hobbs said during a conference hosted by the Voter Protection Project.

Hobbs had particular disdain for a bill in the Arizona House that would allow the Legislature to reverse the secretary of state’s certification of presidential election results, a move she said would make “a vote for president meaningless.”

But Rep. Shawnna Bolick, R-Phoenix, the lead sponsor of HB 2720, said her bill would restore public confidence in elections that Hobbs claims to want, “while creating a legislative check and balance over certifying presidential electors.”

“People need certainty, and this bill will bring much needed transparency and accountability to address some of these outstanding issues, while creating a legislative check and balance over certifying presidential electors,” Bolick said in a written statement on her bill.

It was the latest salvo in an ongoing fight by supporters of President Donald Trump who refuse to believe he lost the election and continue to press claims that there was fraud in the election. Those claims were amplified by Trump himself, including during a speech at the Jan. 6 rally that preceded a mob assault on the Capitol.

Scores of legal challenges were filed in swing states across the country where Trump lost. All were rejected, many by Trump-appointed judges.

In Arizona, Trump supporters held “Stop the Steal” rallies outside county election centers. A group of Republican lawmakers heard from Trump’s lawyer, Rudy Giuliani, at an unofficial gathering where witnesses claimed to have seen voting irregularities and Trump called in to repeat his claim that he won the election “by a lot.”

In fact, Trump lost by a lot, getting 71.2 million votes to President Joe Biden’s 81.3 million. Biden won Arizona by a slim 0.3% margin, but it was still the first time in 24 years a Democratic presidential candidate had won the state.

While their challenges were rejected by courts and election officials across the country, Trump supporters say that did not put their concerns to rest. They said their election restriction proposals are needed to address those concerns.

“During the last election cycle, many individuals showed frustration not knowing exactly how many mail-in ballots were printed, mailed, on-hand, etc., throughout the state, or how many ballots were still left to be counted several days after the November election,” Bolick said.

Her bill also calls for an increase in the number of election observers, stricter tracking and reporting requirements on certain ballots and live video feed of ballot counting. Any interruption in that video, according to the bill, would make the county supervisors and county recorder ineligible from running for election and would bar them from holding public office in the state for 10 years.

Bolick said her bill aims to “help secure, adjudicate and audit ballots with the hope of restoring confidence in our electoral process.”

But Hobbs said Bolick’s bill, and others in the Legislature, are aimed at making voting harder in the state. She said it and other bills would limit “who can receive a ballot by mail, or how and when the ballot has to be returned, as well as limitations on early voting” and more.

Hobbs said she is pushing her own package of bills that would “streamline election administration, expand voting rights and enhance election security by giving election officials more time to process ballots.”

“By increasing transparency in that process, the package is designed to build even more trust among voters,” Hobbs said.

She pointed to the record turnout in 2020, when 79.9% of registered voters in the state cast ballots. Hobbs attributed that to “encouraging voters to vote by mail, investing in secure drop boxes, expanding the availability of early voting, using larger voting locations to allow for social distancing, and using vote center models to allow voting wherever it was most convenient.”

Hobbs said she expects her proposals to be introduced this week. In the meantime, “I’m focused on doing my job, which is to make sure every eligible voter in Arizona has safe and secure access to the ballot box.” 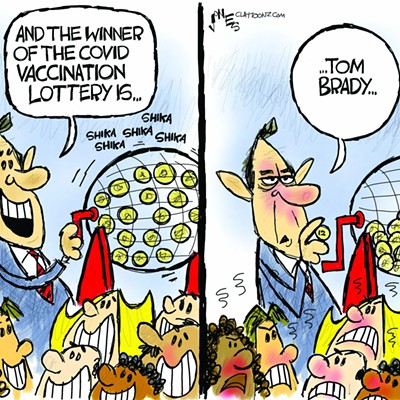 Experts: New enrollment for Obamacare could be ‘really good’ for Arizona