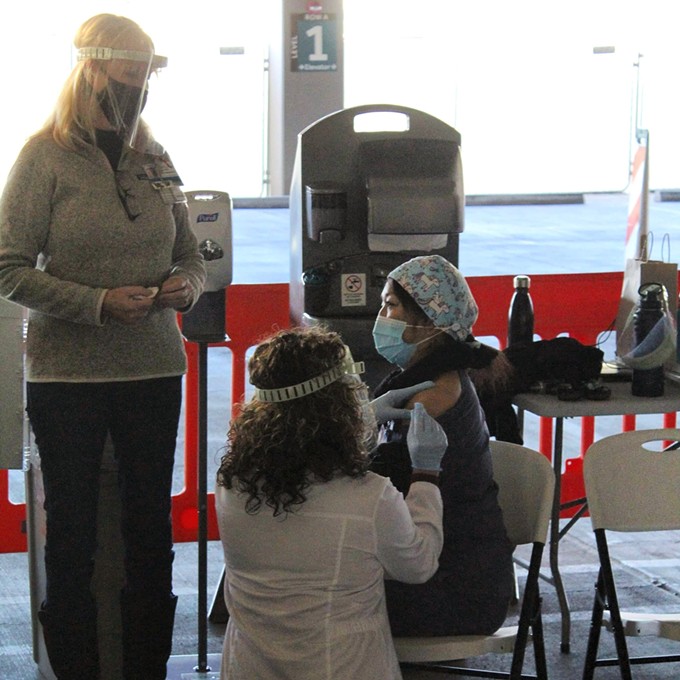 Pima County has administered 114,165 COVID-19 vaccines as of Feb. 1 but has only completed 18,691 series of the two doses needed to be fully immunized.

This week, the county’s vaccine allocation from the state rose to 165,950, up from 140,425 doses last week, according to Arizona Department of Health Services data.

The two PODs—one at the State Farm Stadium in Glendale that opened on Jan. 11 and a second at the Phoenix Municipal Stadium on that opened Monday—have been allocated 200,850 vaccine doses.

Maricopa County has been allocated 461,375 vaccines on top of its state-run PODs and has administered 297,469 doses as of Monday.

Pima County Administrator Chuck Huckelberry made the case for allocating more vaccines to Pima County in a Jan. 29 memo.

“While population is one measure, another measure would be the percent of the population that is more vulnerable to COVID-19 than other population components within the County,” he wrote.

The county administrator compared racial groups, individuals over 65, those living below the federal poverty level and those in the state’s Medicaid program in Pima and Maricopa counties. These populations are expected to be most impacted by the pandemic.

Of Pima County’s population, 38% are Hispanic, 20% are above age 65, 14% live below the poverty level and 31% are enrolled in Arizona’s Medicaid program, according to the memo.

Pima County Administrator Chuck Huckelberry's Jan. 29 Memorandum to the Board of Supervisors

Despite struggling for the county’s fair share of vaccines, Huckelberry also announced the next group to be eligible for the vaccine, those over 65, could be able to register for vaccines by “early February.”

After working out the many kinks of the county’s registration site, Huckelberry now believes the website will be able to handle the surge of new registrants.

He said earlier complications were due to some filling out the forms wrong—such as putting a phone number in the field for email.

The county has put in error-checking and data-cleansing routines that were previously automated, according to Huckelberry’s memo.

The county asks those in the 75+ age group to receive their vaccinations at Banner North, Kino Stadium or Tucson Medical Center. Teachers should go through the University of Arizona and protective service workers should register at the Tucson Convention Center.

The county has five regional PODs, or points of distribution, with the capacity to vaccinate hundreds of residents every day. According to Huckelberry’s memo, they could administer even more shots if given an increased vaccine supply.

As of Jan. 29, Tucson Medical Center has delivered 39,868 doses since opening for healthcare workers in mid-December, according to the memo. The center has vaccinated an average of 1,000 people every day it’s been open for vaccinations.

While TMC will be closing its walk-in site at the Marshall Auditorium, it plans to expand its drive-thru vaccination site to three lanes, the memo says.

Banner North’s drive-thru vaccine site is vaccinating about 800 people a day and plans to increase to 1,500 a day, Huckelberry writes. They’ve provided 20,575 vaccines.

The Kino Sports Complex, operated by Banner South, can vaccinate up to 1,000 individuals a day and has administered 7,514 vaccines as of Jan. 29, according to the memo.

The Tucson Convention Center has delivered 6,976 doses and administers 1,500 doses a day. The memo says TCC could deliver 2,500 a day if opened on the weekends.

The University of Arizona reports it’s delivered 5,810 vaccines as of yesterday. According to Huckelberry, it could deliver up to 2,000 doses a day.

Although the county’s original accelerated vaccination plan foresaw the opening of the sixth POD for vaccines at Rillito Park on Feb. 5, a lack of help from the state is hindering the county’s ability to open it.

County Administrator Chuck Huckelberry wrote a letter on Jan. 26 to ADHS Director Dr. Cara Christ asking for aid to create a POD at Rillito, adding the location could provide up to 5,000 vaccinations a day if operated 24/7.

In a press conference on Jan. 22, Christ suggested Pima County denied the state’s help in setting up a state-run POD, but added, “that is always something that we are welcome to offer as we get additional vaccine in the state.”

Huckelberry contends the county never denied such an offer, but Pima County Health Department Director Dr. Theresa Cullen said she believes a passing comment she made created the miscommunication.

“I think it's something that I stated that made the state believe we didn't want a POD,” Cullen explained. “I was asked at one point whether we wanted a POD, and it was at that moment I said we're in the process of standing up five. We have enough vaccine for five, when we've done this five, let's re-talk.”

As of Jan. 29, Marana Health Clinics has administered 1,520 doses, United Community Healthcare Centers have provided 794 and Desert-Senita has given 331 vaccines.

With more than 20 satellite clinics, Huckelberry said the centers are “well positioned to serve low-income and rural/semi-rural communities.”

The centers use pop-up events, drive-thrus and walk-in centers to deliver vaccines.

Huckelberry said El Rio will be allocated 2,000 doses this week. The medical center has already vaccinated 1,509 healthcare workers, but will now be focused on serving the 75+ population.

Arizona has selected six retail pharmacies in the county to serve as vaccine distribution centers. Statewide, 60 pharmacies are participating in the state-run program.

However, since the centers are run by state and federal contractors, the prioritization order is unclear. The county has asked the grocery store setting pharmacies to prioritize those over 75, according to Huckelberry.

Those who currently qualify in Pima County’s 1B priority group of eligible vaccine recipients of those over 75, educators and protective service workers can register for a vaccine at pima.gov/covid19vaccineregistration or by calling 520-222-0119. 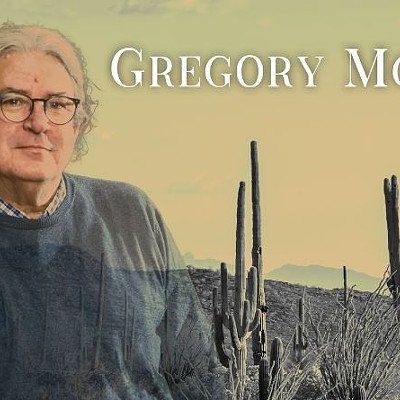