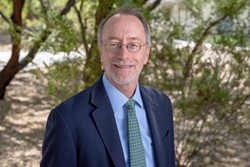 Courtesy photo
Arizona’s unemployment rate dropped from 8% In November to 7.5% in December, but UA economic expert George Hammond says “the state rate has been exceptionally volatile this year.”

As the spread of COVID-19 forced social distancing policies and widespread business closures, many have lost their jobs since the virus reached Arizona in January 2020.

December saw the smallest gain in employment since recovery began in May, with only 900 jobs added across the state, according to the latest data analyzed by George Hammond, director of UA’s Eller College of Management Economic and Business Research Center.

Weekly claims for unemployment insurance in the state peaked on April 4 at 132,428. The latest data from Jan. 23 shows 18,090 unemployment claims, according to data from the Economic and Business Research Center.

Arizona’s unemployment rate dropped from 8% in November to 7.5% in December, but Hammond says “the state rate has been exceptionally volatile this year.”

“Overall, the state rate can be safely said to have fallen from its April peak, but it is not at all clear by how much,” he wrote in the report.


Employment in Arizona dropped by 150,700 since February 2020, for a total loss of 4.4%, according to the Bureau of Labor Statistics’ household survey.

Hammond said if Arizona can sustain the average job growth rate it's held since June at about 11,000 per month, it will be back to the February job peak by September. If job growth returns to pre-pandemic levels, however, the state might not reach that peak again until March 2022.

While trade, transportation and utility jobs grew 19.1% above their February level, jobs in leisure and hospitality declined 46,6%, accounting for over half of jobs lost since February, Hammond reports. 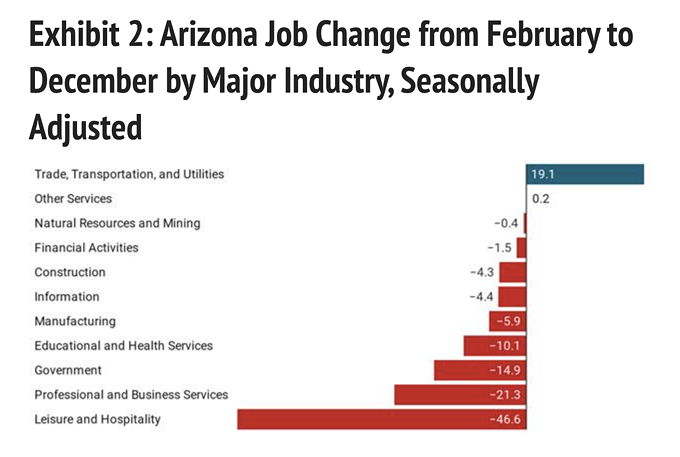 UA - Eller College of Management
From February to December 2020, Arizona jobs in trade, transportation and utilities grew by 19.1%, while leisure and hospitality jobs took the biggest hit at a 46.6% decline. 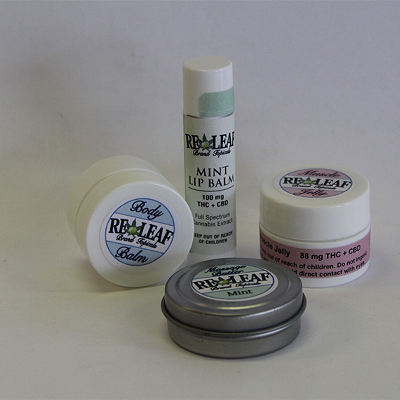