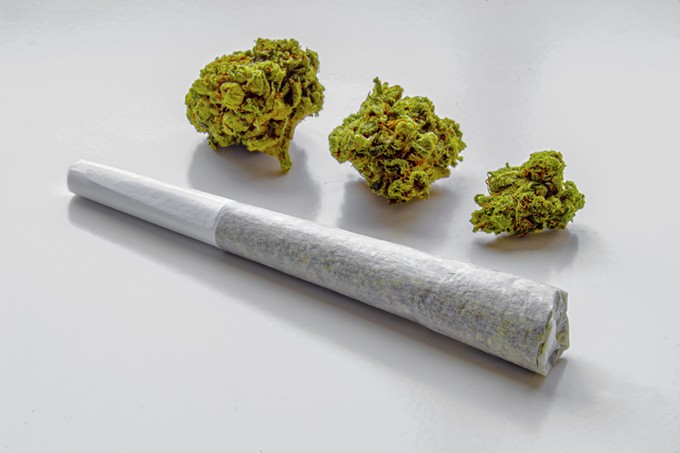 BigStock
This bud's for you!

Harvest's opening came after the Arizona Department of Health Services gave the go-ahead last week for recreational cannabis sales to begin, letting dispensary owners know adult-use recreational sales can move forward as soon as licenses are approved and dispensaries are set up to handle both aspects of the market.

Applications for adult-use sales began on Jan. 19, but were restricted to existing medical marijuana establishments that qualified for early applications. The language of Proposition 207 that legalized cannabis use for adults over the age of 21 gave AZDHS two months to review and approve applications. As of Wednesday, Jan. 21, there were 62 applications for so-called “dual-licenses.”

Most cannabis advocates and those following the process expected sales to begin in late-March or early April, but with last week’s announcement, the door opened for an accelerated timetable.

Several other local dispensaries have also been authorized for recreational sales, including Green Med/Purple Med, Prime Leaf and Nature Med. But some of those dispensaries are not yet ready to start recreational sales, as there are several barriers to immediately opening up adult-use sales, not the least of which is the current state of the coronavirus pandemic still raging through the state.

Aside from that, some dispensaries might run into space and inventory issues and will need to have new operating procedures and dual point of sales systems to deal with differing tax rates and cost structures.

There is also a looming staffing shortage, as dispensary employees will now have to have multiple certifications to work in the industry.

“For us, it’s COVID—public and employee safety,” said Brian Warde, co-owner and CEO of Prime Leaf in Tucson. “Realistically you could have 150 people in line and might see over 1,000-plus patients a day most the days.”

Just from the standpoint of current patient patronage, that means to properly social distance Prime Leaf would need the equivalent of three football fields of space to accommodate the patient load. Warde says he is also waiting for inoculations for his employees that realistically won’t happen before March.

“Managing the inventory and workflow to ensure medical patients don’t run out of what they need, is also a big consideration,” he said. “We want to give patients what they have come to expect, and not allow the adult-use market to alter our patients’ experience. So slow rolling it to make sure we are in the best possible position to meet everyone’s expectations.”