We know that the allegation that the 2020 Presidential election was stolen somehow is a massive fraud and a lie. But many of those who say it, also know it is a lie. They do not mean to convince anyone, they are sending a message to those who believe as they do. They are sending a coded message: a racist, white supremacist message. That message is that the election was stolen from white Americans because minority American voters participated. 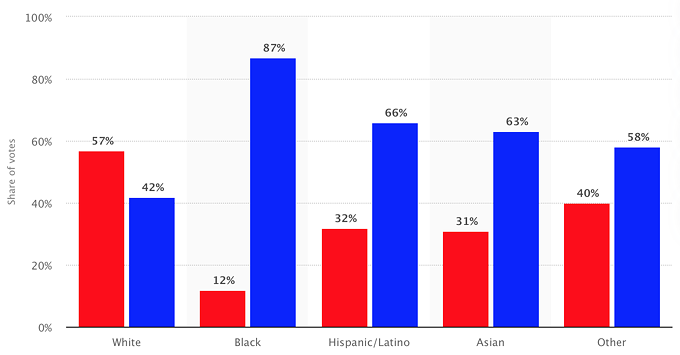 Because the lie of the stolen election is nonsensical, without factual foundation, and provably and demonstrably false, it makes the perfect signal to others that the teller believes that minority Americans are not legitimate participants in democracy. Thus this lie becomes a perfect dogwhistle of racist convictions.

The lie is not an assertion of an "alternative fact", it is an assertion that the only legitimate power is white power.