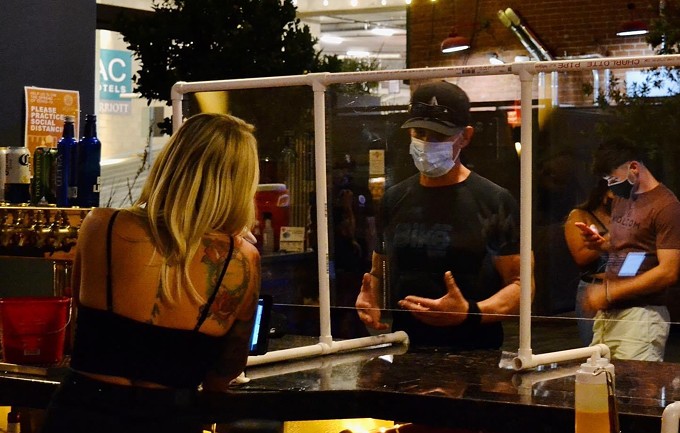 Pima County’s mandatory 10 p.m. to 5 a.m. curfew has been temporarily halted after a group of Tucson bars were granted a preliminary injunction barring the county from enforcing the curfew.

Owners of Cobra Arcade Bar, HighWire Lounge and The Maverick filed a joint lawsuit on Jan. 5 contending the county overextended their legal authority to mandate a curfew.

“The Court finds the hardships imposed on the Plaintiffs by the curfew are severe. Additionally, the hardships are arguably unfair because the Court finds Plaintiffs can adhere to the ADHS required safety measures both before and after 10 p.m.,” Johnson wrote in the ruling, echoing the defendant’s arguments. “Moreover, the virus is spread just as easily late at night as it is during the day. Bar patrons can drink excessively during the day just as easily as they can at night.”

While the judge acknowledged the challenges Pima County has managing the COVID-19 pandemic, she held the parties’ legal arguments tipped in the restaurant owners’ favor.

“The County could not demonstrate in testimony or other evidence that more cases are contracted after 10 p.m. Nor has it demonstrated specifically that its current hardships are worsened by people and businesses engaging in conduct after 10 p.m.,” Johnson wrote of the county’s defense. “To the contrary, the burden the County faces in managing this pandemic will continue until the pandemic is under control. The County has simply failed to demonstrate how the curfew not being enforced would cause it additional hardship.”

Pima County County Chief Medical Officer Dr. Francisco Garcia said the 10 p.m. curfew was based on evidence gathered when the county sent 46 inspectors to observe nearly 400 establishments for compliance to the curfew and found 15% of them didn’t comply.

“We have to draw a line in the sand in terms of when you would ask a business like a bar or a restaurant to stop operating. That line in the sand needs to not be entirely arbitrary,” Garcia said. “We know that, based on the surveillance that our county inspection team did, that bars that were operating after 10 o'clock, that there was a substantial amount of non-compliance with the kinds of measures that we've recommended all along. So yes, 10 may seem like a rather odd and very specific time to select, but this is based on actually our observations of what people are doing in those kinds of establishments.”

Grant Krueger, a plaintiff in the case, said he plans to keep both The Maverick and Union Public House open until 2 a.m. beginning tonight.

“We feel that we've been doing it safely since before 10 p.m. and we can do it safely as well after 10 p.m.,” Krueger said. “We've made a lot of really, really good people really happy today by calling back all kinds of staff members who have had to have their hours reduced, limited or even completely eliminated.”

Chuckie Duff, a plaintiff and owner of Cobra Arcade Bar, said he plans on keeping the bar open until midnight tonight and returning to normal business hours of 4 p.m. to 2 a.m. this weekend.

“We're very happy with the ruling and we're glad that we can go back to our normal business hours and continue to follow the rules as we were before and keep everybody safe,” Duff said. “If we have more hours we can be open, it's definitely more hours for our existing employees and hopefully more employees that we'll be bringing back.”

Judge Johnson wrote she’s granting the injunction on the grounds that the curfew is not “statutorily authorized,” the plaintiffs demonstrated the harm it causes them and it violates Gov. Doug Ducey’s executive order.

The governor’s May 12 executive order states: “...no county, city or town may make or issue any order, rule or regulation that conflicts with or is in addition to the policy, directives or intent of this Executive Order, including but not limited to any order restricting persons from leaving their home due to the COVID-19 public health emergency.”

The Pima County Board of Supervisors authorized the county attorney to appeal the ruling, according to a press release.

“It is the County’s firm belief that state law empowers the Health Department to take specific actions such as the curfew to mitigate and halt the spread of infectious diseases,” the release said. “In the meantime, Pima County Chief Medical Officer Dr. Francisco Garcia urges all businesses to continue to voluntarily adhere to the curfew and limit gatherings.”

The curfew will be halted until the resolution of the case. A trial date has yet to be set.
This post has been updated to include comments from bar owners and county officials.

Claytoonz: What Will I Draw Now? 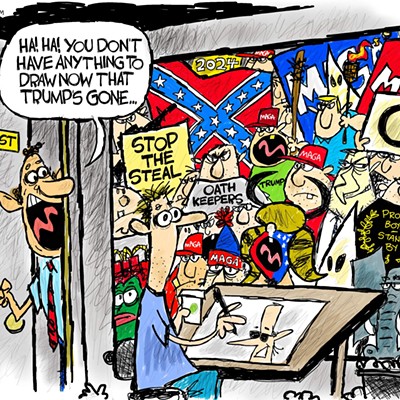