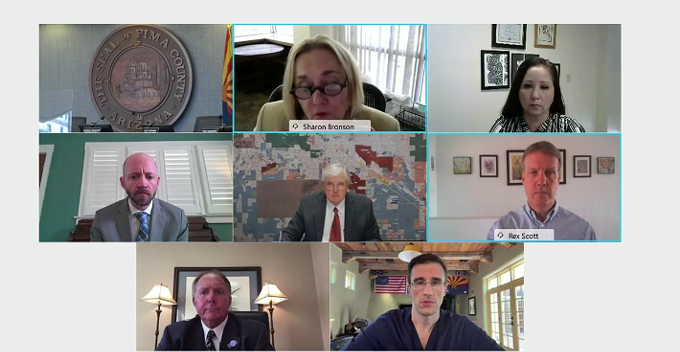 The Pima County Board of Supervisors voted 4-1 yesterday to renew County Administrator Chuck Huckelberry’s contract for another four years and reduce his salary.

With only District 4 Supervisor Steve Christy opposing, the board voted along party lines to extend Huckelberry’s contract to Jan. 7, 2025, and cut his yearly pay to $292,000.

The discussion of the new contract’s renewal was held in an hours-long executive session out of public view.

Serving as county administrator since 1993, Huckelberry oversees more than 7,300 county employees and operates under the direction of the Pima County Board of Supervisors.

While the contract Huckelberry originally proposed held that any salary raises would be based on “adjustments that may be accorded Pima County employees generally,” any pay increases will now be based on an evaluation process to be determined by the board.

If the county administrator is terminated without cause, severance pay will now be three months salary instead of six months.

The supervisors approved the revisions to the contract and will vote to ratify the official document with new language at the next board meeting.

“Dozens of people throughout our community contacted me during the last two weeks to share their opinions on this matter,” he said. “I read every email and engaged in any conversation to which I was invited, hearing from people who strongly opposed, or very much supported Mr. Huckelberry’s retention as county administrator.”

Scott acknowledged, however, many county employees’ qualms with their current work environment.

“I am not without concerns. As a new supervisor, it is very troubling to me that so many of our employees do not see Pima County as a caring, supportive and positive place to work. Many of these employees place much of the blame for their feelings and experiences at the feet of Mr. Huckelberry and his team. I share the view held by many of them about the inappropriate nature of a raise being considered for the highest-paid county employee during this time of challenge and crisis, which is why this renewed contract contains no raise for Mr. Huckelberry, but instead reduces his salary from its current base.”

Adelita Grijalva, the board’s vice chair and District 5 supervisor, also addressed county employees’ concerns with Huckelberry’s leadership and hopes the board’s evaluation of the county administrator will adequately address them.

“I'm really looking forward to the opportunity to create the evaluation tool that will be referenced in the contract,” Grijalva said. “I think part of that would have to be a culture and climate survey, where we ask employees what their concerns are, we can craft that together. Based on that, that will be our baseline and the metrics that we use to improve the culture and climate here in Pima County.”

Grijalva is also prioritizing the diversification of county leadership to look more like the people they represent.

“We received some communication from Mr. Huckelberry regarding county leadership, and the diversity in county leadership,” she said. “I'd like to see improvement in that area as well, with more people of color in leadership positions in the county, and that the creation of that formal evaluation be based on all of this information.”

“First and foremost, after closing in almost three decades as Pima County administrator, that amount of time is and of itself a good and justifiable reason for contract discontinuance. It is and has been for many years time for a change of our county administrator,” Christy said.

In his nearly five years working under Huckelberry’s leadership, Christy said he’s “had a number of disagreements of county policy and direction that have been instigated under Mr. Huckelberry’s management,” including using taxpayer dollars for purchases and renovations to the Kino Sports complex, the Toole Avenue complex and the Golden Pins bowling alley.

“His policies and utilization of county taxpayer’s assets have wreaked havoc on families, athletics and schools for social control instigated again by Mr. Huckelberry. They have not worked, and yet more unsuccessful mandates are being added to the mix that is not working,” he said. “As they say in the theater, all good actors know when it's time to leave the stage. Today should have been that exit.”

The board of supervisors will vote to ratify the revised contract at the next board meeting on Feb. 2. 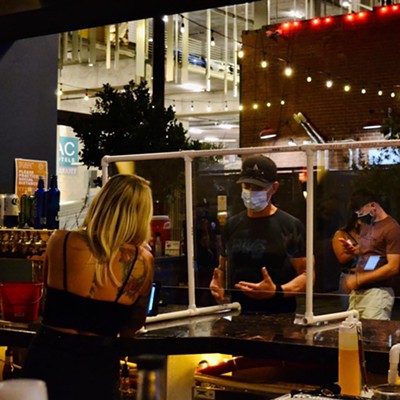