Demand for vaccine continues to outstrip supply in Pima County

Although demand for vaccines is outstripping the supply, Evans said more appointments will be added as the county receives its weekly vaccine allotment from the state.

Those in the priority 1B group—which includes individuals over 75, educators and protective service workers—can register at any time, but receiving an appointment depends on vaccine ability.

“People are able to register every single day. But it’s important to note that everybody who has registered, it doesn't mean they’re going to get an appointment that day, it’s going to take some time,” Evans said. “It’s essentially creating a line to get in.”

Those who qualify in the priority 1B group can register for a vaccine at www.pima.gov/covid19vaccineregistration or by calling 520-222-0119. 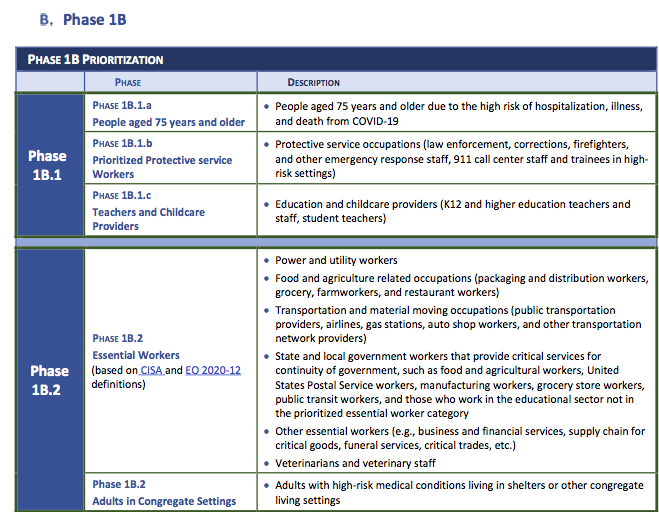 The county sends prioritized batches of registrations to their relative vaccine sites, but TMC and Banner’s registration sites work differently. TMC uploads registrations to its MyChart system, which notifies the registrant when an appointment is available, Evans said.

Banner registrants will make an appointment directly on the website if one is available based on the registrant’s priority group.

“The only way with Banner is you just have to keep going back in and checking strategically to see if there are appointments,” Evans said. “We are making sure there are appointments available every day because the system’s modulated because it’s based on priority systems. So it’s not like it’s first come, first serve.”

The registrations are filtered through Pima County, which grants vaccine appointments based on priority. The Banner and Tucson Medical Center sites will prioritize those 85 and older first, according to Evans.

The county is allowing school districts to prioritize which staff members will receive the vaccine first, while law enforcement agencies and the courts also choose which workers among their agencies will be prioritized.

Continued vaccine strain; 65+ population is now in group 1B

On the opening day of vaccine registration on Jan. 14, 20,000 Pima County residents registered for vaccines. All available appointments at TMC and the two Banner-operated sites were filled in two hours.

Even County Administrator Chuck Huckelberry was unable to make an appointment.

“I, myself attempted to register on the State system, qualified as essential and between the age of 65 and 74, and went through the laborious process to register, obtain an access code, develop a password, fill out all of the fields, including insurance and at the end was told there were no appointments available within 50 miles and no appointment would be available in the future,” he wrote in a memo.

As of 7 p.m. that day, more than 44,700 registrations were accepted, according to Huckelberry’s memo.

The county’s Accelerated Immunization Plan was amended to include the 65+ age group in phase 1B as the CDC changed its guidelines to include those 65 and older, according to the memo.

The 65+ population was originally under phase 1C of the county’s vaccination schedule, but the nearly 120,000 residents between ages 65 to 75 will now be in group 1B, Huckelberry wrote.

As of Jan. 17, Pima County administered 46,847 COVID-19 vaccines and holds the state’s top vaccination rate at 4,484 per 100,00 of the population, according to the Arizona Department of Health Services.

The county had received 81,550 vaccine doses as of Jan. 15. Vaccines administered were at 41,556, while 6,754 second doses were given and 34,802 second doses were needed for recipients to be considered fully immunized, according to the memo.

However, with the addition of those 65 and older in group 1B priority, nearly 400,000 individuals now qualify under phase 1B, adding further pressure to the already strained vaccination system.

The county usually receives about 12,500 doses per week, but has been expecting larger allocations from the state to keep up with demand.

Although the county is now expecting 28,000 weekly doses, Huckelberry wrote this “is inadequate to sustain our vaccination capacity.”

Further complicating the county’s ability to quickly administer vaccines, Huckelberry said the absence of help from the state in rolling out six county vaccination centers has left Pima County to deal with logistical issues on its own.

Meanwhile, with the help of the state health department, Maricopa County has created a 24/7 vaccination center at the State Farm Stadium in Glendale and is working on a second one at the Phoenix Municipal Stadium to open Feb. 1.

Some prioritized groups successfully cut the line without the proper registration needed to receive a vaccine, demonstrating the ability to “introduce chaos into the registration system,” Huckelberry wrote.

The county administrator reported several public law enforcement agencies went to TMC and more than 250 police officers from the Tucson Police Department, the Pima County Sheriff's office, FBI, members of the courts and attorneys arrived at the vaccine site without registering for appointments.

The county administrator said he’s instructed TMC to deny vaccines to anyone who has not registered for an appointment.

If you qualify to receive a COVID-19 vaccine under group 1B, visit: www.pima.gov/covid19vaccineregistration.

A map of COVID-19 vaccine and testing centers is available at https://pimatestcentersv3.netlify.app/vaccine-centers

More »
More The Range »
All News & Opinion »
Comments (2)
Add a comment
Subscribe to this thread:
By Email