LOS ANGELES – Like music venues around the world, the Paramount ballroom has been forced to endure months of limited work, reduced revenue and a forced transition to the digital world – no easy task for the venerable Boyle Heights venue, which is nearly 100 years old and has a legacy of supporting underdog artists.

Live-streaming is one option, but the expense is prohibitive, said Vicky Cabildo, the ballroom’s booker and production manager. Determining a price for the tickets is another issue faced by venues across the U.S.

“Aside from the location, you still need sound people, you still need to clean,” Cabildo said. “We have to pay the bands; you can’t ask people who aren’t working right now to do stuff for free, it’s just not fair. It’s also like how do we charge for these things? Not everyone is Katy Perry or Pearl Jam.”


Concert venues in the U.S. have received no government relief and were among the first businesses to close last spring and will be one of the last to reopen, even though their expenses continue. Many of the venues at stake are smaller clubs that pave the way for up-and-coming artists and their development in a live concert industry that a 2018 report by PricewaterhouseCoopers had estimated would be worth $31 billion worldwide by next year.

“Every artist gets their start in small clubs like Rebel Lounge,” said Stephen Chilton, owner of Psyko Steve Presents and the Rebel Lounge in central Phoenix. “Not every artist becomes a superstar, but every superstar starts in a room like this. If you don’t have that structure, where’s the next artist going to get their start?”

As months go by and no money has come in, more than 2,000 live-music venues across the U.S. have become charter members of the National Independent Venue Association, a nonprofit whose mission is to preserve independent venues and promoters in all 50 states. In April, Pollstar estimated that if 2020 remained the same, U.S. venues were projected to lose up to $8.9 billion.

The Paramount, which is a part of NIVA and is a staple for up-and-coming local artists and international touring bands, recognizes that the U.S. sets the tone for music, and often, who the next big artist is going to be, which is why Cabildo is concerned that the closure of venues will aid to a major loss of musical culture.

Ninety percent of independent venues report they will close permanently in a few months without federal relief, according to a survey of NIVA members. Managers, staff and artists, who survive by touring, also will have to find new ways to make up for loss of income.

“People don’t make money from purchases of music,” Cabildo said. “Everything is streamed. Managers also make money from touring. Touring is like a major part of the survival for musicians. They put out an album, and then they tour, and that’s how you get it out to folks. The sale of merchandise, the staffing, all these different aspects of live music impact music in general.”

Live events provide 75% of all artists’ income, according to NIVA. U2, who were the top artist of 2017 on Billboard’s Highest-Paid Musicians list, attributed the bulk of its $54.4 million in revenue to its Joshua Tree Tour. Of that, $52 million came from touring and $2.4 million was generated by the band’s recorded material, which received a sales boost from touring as “Songs of Experience” was bundled with ticket sales, according to Billboard.

Livestream concerts and drive-in shows are two ways artists have tried to keep their momentum going, but for the three-piece Southern California band Sitting on Stacy, unknown viral success on TikTok kept them more inspired than ever. The band, which recently received a shoutout from Sugar Ray, had an organic approach to their viral success as they downloaded the TikTok app out of a mix of boredom, hesitation and the feeling it was “almost like a joke.”

Hoyt Yeatman, singer-guitarist for the trio, which has nearly 30,000 followers on Instagram, recalled the initial reactions to TikTok success.

“We were like, what the heck, is this real? How did this happen? And then we posted another one, and we just became like addicts,” he said.

The band’s overall TikTok presence is now more 184,000 followers, and it has 1.6 million overall likes.

“Social media has definitely helped,” Yeatman said. “We started up on TikTok doing covers and making music and showing some of our songs, and it blew up. We got a bunch of views, and it really helped our following even more so than just playing like a local show.”

Melina Aguilar, who manages social media for the Paramount, said social media have encouraged the venue to move forward in unique ways through this difficult transition. The venue uses social media to promote artists from all over the world through their at-home sessions, and also has promoted playlists and posted photo archives.

“It has allowed us to reach out to artists that I feel, if the venue were open, would be harder for us to book because we’ve had artists from Italy or Mexico City, where you don’t need the money to bring or fly them over here, but rather they just sent in that video,” Aguilar said. “That’s one of the few cool things about it, reaching out to people that we probably couldn’t have before.”

The Rebel Lounge, also a member of NIVA, has used social media to promote its recent transition to a coffee shop by day and a lounge and bar by night. Although the transition has succeeded, Chilton, who’s vice president of NIVA, said the public is slow to view the venue in a new light.

Social media has also connected and engaged fans on the venue’s latest updates, merchandise sales and memories, hoping to inject excitement into a moribund music industry.

Fans, who have spent the past months tracking down-ticket refunds and agonizing as their favorite venues struggle, remain concerned for the future of the music industry and have tried to pay forward what they can. Mia Andrea, a freshman at Arizona State University, is one of many fans who have tried to do their part by donating to NIVA and attending livestream concerts – but it’s just not the same, she said.

“I think without concerts, it’s been kind of difficult for me because I think that’s a big social part of my daily life. I have friends who live all around Phoenix, and the only time we really get to meet up is at concerts,” Andrea said.

Music lovers have sent more than 500,000 emails to all members of Congress asking for federal assistance to independent venues and promoters, NIVA reported. Fans also have attended livestreams, including the Save Our Stages virtual music festival, which included more than 30 big-name artists performing over three days to raise more than $1.8 million for NIVA venues.

More than 600 artists have supported the cause, gaining 250 million social media impressions under the hashtag #SaveOurStages, but until Congress passes the Heroes Small Business Lifeline Act, which would provide $370 billion in relief to small businesses and includes the reemergence of the Save Our Stages Act – many concert venues will be hanging on by a thread.

In 2017, the Arts and Cultural Production Satellite Account, which measures the economic contributions of a wide range of arts and cultural activities, found that arts and culture contributed $877.8 billion, which is equivalent to 4.5% of the nation’s gross domestic product. In the same year, more than 5 million wage and salary workers were employed in the sector, earning a total of $405 billion, according to the National Endowment for the Arts.

Music photographers, who tour with acts or are employed by venues, are another group that has been affected by the halt of touring. M3F Festival was the last concert Matthew John Benton, a photographer and director in Los Angeles, shot before the lockdowns in March.

Benton, who has worked as a music photographer for about five years, was fortunate to pick up freelance and full-time work producing video and stills, but he longs to return to shooting live music again.

“It has been difficult not being able to work in the music space for the greater part of this year … I truly miss the connection with so many of the bands I’ve worked with and being among people at a show,” Benton told Cronkite News.

Another LA photographer, Lupe Bustos, is widely recognized for his live music photography and was in the middle of a two-month tour with Dashboard Confessional when things shut down.

“I was on a plane home the next day, everything just happened so fast,” Bustos told Cronkite News. “I knew I had to readjust and find work in different avenues. Live streams have quickly taken over my schedule, and it’s been a wild ride. I do miss touring a lot, and I can’t wait till it’s back, but for now I’ll readjust.”

Ticketmaster is currently looking at potential possibilities for safe concerts in the future. “One idea to keep the event entry process as simple and convenient as possible is to find a way for fans to link their digital ticket to their negative test results, vaccine status, health declaration or any other info that is determined to greenlight access. This would allow fans to enter an event with one scan of their ticket, rather than entering and then having to wait in another line to show their health verification,” Ticketmaster listed as a possibility on their website.

Jeff Taylor, a marketer and talent buyer at Psyko Steve Presents and the Rebel Lounge, was at the forefront of rescheduling shows, updating customer refunds and more, when the shutdown began.

Now, Taylor said there are a lot of factors and questions that go into what future shows look like. Personal protective equipment and health guidelines are among many factors Rebel will have to follow, but there are many other questions to consider.

“When concerts come back, will our capacity be the same? Or will we have to operate at 25 or 50% for a while?” he asked. “Will people feel like they can afford a standard ticket price (like) in the past? Or will people not be willing to pay $12 for a show anymore? Or will they be so starved for entertainment that they will want to pay more than that?”

The next few months will be crucial for live music, especially concert venues. Venues have emphasized that fans emailing members of Congress and attending their virtual events are some of the ways the public can help for now as they hope for federal relief. 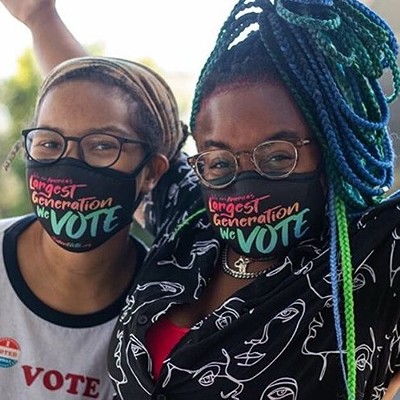