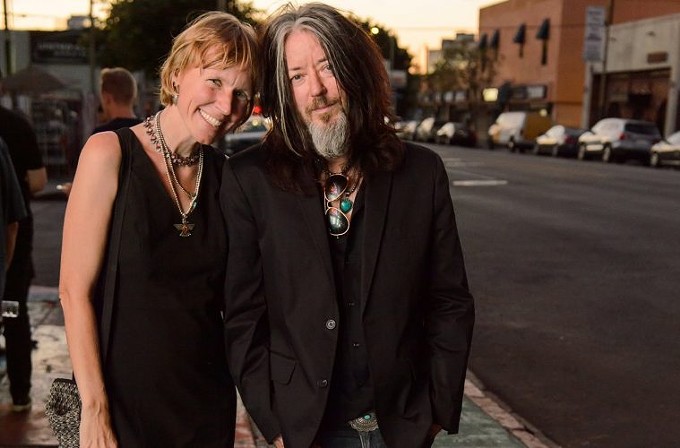 Tucson Weekly columnist Brian Smith’s article about the late guitarist Doug Hopkins, co-founder of the Tempe rock band Gin Blossoms, is being turned into a feature film. Smith originally wrote the article for the Detroit Metro Times in 2007, before he and his wife Maggie turned it into a screenplay titled "Lost Horizons." The film is now in pre-production and will be produced by Sarah Platt and Mike Tankel. The director and cast have not yet been selected.

"I’ve been wanting to tell this story in a film for many many years, but it finally came to fruition lately with my wife Maggie as writing partner," Smith said. "I knew Doug really well. He was a good friend, the kind who was never not there. I knew the shy, empathic, totally brilliant, cockeyed and writerly side to him. I loved him dearly. As did many people who knew him. He left a long, long shadow. Really, that love for him was the launching point for the script."

Hopkins co-founded Gin Blossoms in 1987. The band rose to fame after the release of their second studio album, 1992’s New Miserable Experience, which eventually went multi-platinum with singles like "Hey Jealousy" and "Found Out About You." Smith’s original Metro Times article detailed Hopkins' songwriting prowess, as well as his alcoholism, interpersonal struggles, and untimely death.

“The alcoholic side of him is there, and it can be brutal, and it is brutal, but there is also the tender, kind, generous, and absolutely witty and brilliant side to the man that needed to be told,” Smith said. “Also, the guy was a genius at whittling down complicated human truths into a three-minute pop song, such sadnesses beneath the surface. So precious few songwriters, before or since, could do that as well as Doug. That’s truth. Yeah, this all makes his story so hard to tell, and also makes it really layered and strangely beautiful.”

Brian and Maggie have collaborated on multiple projects before. Maggie directed a documentary based on Brian’s Tucson Weekly column “Tucson Salvage,” and they have also started a local press, R&R Press.

"Am I excited about the film in pre-production? Absolutely. Maggie and I are really excited because, for one thing, it is really difficult getting a film made," Smith said. "I am also really nervous because Maggie and I really want it to be accurate to Doug’s heart, to capture the essence of the man’s beauty, and tragedy."

Second round of Economic Impact Payments being distributed