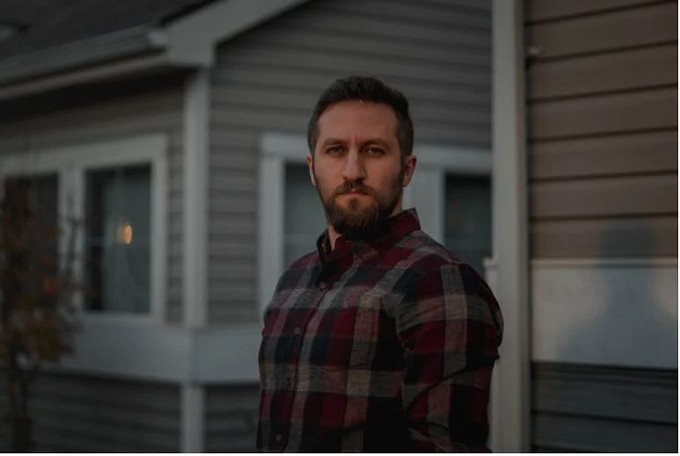 Jovelle Tamayo, special to ProPublica
Washington state’s unemployment agency demanded that Ahmad Ghabboun pay back thousands of dollars after he made an error filling out a weekly application for unemployment benefits. His debt was cleared after ProPublica investigated his case.

State unemployment agencies have been demanding recipients repay thousands of dollars, even if the agency made the mistake and the money’s already been spent. After ProPublica investigated the practice, legislators are trying to end it.

Rep. Jaime Herrera Beutler, R-Wash. and Rep. Stephanie Murphy, D-Fla., have introduced a bill that would shield unemployed workers from having to return federal pandemic unemployment assistance benefits when agencies have mistakenly paid them these funds. The legislation, submitted on Dec. 2, came in the wake of an article by ProPublica in October that exposed the debts and anguish faced by workers who have been overpaid by state unemployment agencies (which administer both state and federal payments), sometimes as a result of the state’s mistakes. The agencies, the article showed, have variously garnished paychecks or taxed refunds to obtain repayment, while others charged interest on the debt.


“I’m grateful to ProPublica for investigating the fallout of poorly managed unemployment benefit programs,” Herrera Beutler said. “I realize state unemployment agencies have been given a tall task, but that’s no excuse for the level of incompetence and unresponsiveness they’ve demonstrated in delivering congressionally approved unemployment benefits.”

As ProPublica reported, states are allowed to grant hardship waivers to individuals who mistakenly receive an overpayment of state unemployment benefits. But the law is different when it comes to benefits paid by the federal government. The Pandemic Unemployment Assistance program, created by the CARES Act in March, bans debt forgiveness. This means that millions of American workers who are self-employed or hold nontraditional work schedules — categories that were not eligible for unemployment benefits until the PUA was established — can be held liable for a mistake made by an unemployment agency.

HR 8812, the Relief for Working Families Act, would change that, allowing states to extend waivers to PUA overpayments in cases where the individual receiving the jobless benefits is not at fault and such repayment would create further financial hardship.

The legislation would ease the plight of people like Ahmad Ghabboun, who was the focus of ProPublica’s article. Ghabboun was a freelance driver for Amazon Flex and Uber in Washington state, and he lost work during the pandemic. He was deemed eligible for aid under PUA and the CARES Act but was told, months later, to repay the state’s Employment Security Department $14,990 after accidentally stating that he could work from home — as a driver, he clearly could not — in one of his weekly online applications for benefits.

Ghabboun’s problem with the state has separately been rectified. But even that process, which included personal attention to his case in the aftermath of the ProPublica article, illustrates the daunting obstacles for people in his position. Following the publication of the article, Ghabboun received a call from a specialist at the state’s unemployment office who told him the agency would fix the error: Not only would Ghabboun’s debt be cleared, but the state would also return the funds it had previously diverted to repay the incorrect debt.

It was good news, but because of the rigid way the state’s system is programmed, it wasn’t a straightforward fix. The state employee warned Ghabboun that as the error was being untangled, the online portal would send him a series of notifications, messages and fluctuating amounts in his account; the state employee recommended Ghabboun ignore the messages. Sure enough, Ghabboun’s online account initially showed his debt to the state rising, much to his alarm, and he continued to receive contradictory messages from the state for several weeks. (“I cannot discuss this claimant’s case specifically,” the spokesman for the state agency, Nick Demerice, explained in an email. “I wish I could because each case is usually very complicated and specific. ... When an agent speaks to a claimant in this situation they will often warn them about these letters and instruct them to wait before taking action so the new programs can kick in.”)

In early November, Ghabboun’s debt was cleared from his account and he was reimbursed for the funds that had been used to pay down that debt. He was also approved to receive future unemployment payments.

In the meantime, readers moved by Ghabboun’s hardship raised over $4,000 for his family on GoFundMe, alerted him to job openings and offered to donate supplies for the arrival of his first child, who is due in the coming weeks. Ghabboun has been heartened by the outpouring of support, but he also hopes that others caught on the punitive end of the unemployment system can get access to the same specialized assistance that he has. In the Facebook group for unemployment claimants in Washington state, he’s been sharing advice with people trapped in similar situations. “I want a solution that helps everyone,” he said. “It’s not fair that this is happening.”

Herrera Beutler agreed. “I’m glad to be aware of this issue as I continue to help individuals navigate the unemployment insurance system here in Washington,” she said. If the bill does not gain traction in the lame-duck session, she plans to reintroduce it in the new session of Congress. “Hopefully we can help others avoid falling into this situation, because Washington’s ESD clearly doesn’t have the ability to quickly rectify any errors.”

Hospitals Plead with Public as ICU Space Runs Out, COVID-19 Cases Surge: 'We Are at a Breaking Point' 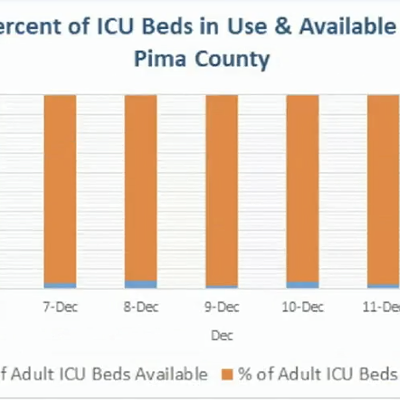