What to know about open carry laws in Arizona

PHOENIX – Arizona has some of the least restrictive gun laws in the U.S., one of three countries that consider gun ownership a constitutional right.

Consider this data: Americans own more than 390 million guns – with 120.5 civilian firearms per 100 people, according to a study by the World Population Review.

In February, Arizona ranked seventh for the number of registered guns per state, at 204,000, according to a telephone survey conducted by CBS News and ranked by ThoughtCo. That number is far from complete, however, because Arizona is one of 44 states that do not require registration of firearms.

During the contentious 2020 election, armed protesters outside Maricopa County’s tabulating center put a spotlight on Arizona’s open carry practice, which allows those 18 or older to openly carry firearms in most places.

A prohibited possessor is an exception to the law, defined as someone who is a convicted felon and has not had their rights to own a firearm restored, an undocumented immigrant, anyone who is detained in a correctional or detention facility, has been found to be a danger to themselves or others, or serving probation for a domestic violence felony or felony offense.

Residents can’t openly carry guns into certain places. They cannot be brought within 1,000 feet of K-12 school campuses, Native American reservations, businesses that serve alcohol or polling locations on Election Day, in addition to several other restrictions that can be found here.

A gun permit allows owners to carry a concealed firearm into a business that serves alcohol if there is not a sign prohibiting them and they don’t drink alcohol, according to Arizona Concealed Carry.

Restrictions have been implemented on how a gun can be transported in a car. For residents under 21, it is illegal to carry a concealed firearm within the immediate control of anyone in the vehicle. Firearms must be transported in a case, holster, storage compartment, trunk or glove compartment. If the gun is in a holster, then it can be concealed anywhere in the car.

“Arizona is considerably more permissive than most states when it comes to concealed carry,” said Adam Winkler, a professor at the UCLA School of Law and an expert on gun rights and civil liberties.

Residents who are at least 21 can legally own or purchase a firearm, can carry a gun loaded and concealed without any type of permit in their vehicle and around the state, according to Arizona’s concealed carry law. The measure, which was established in July 2010, also eliminated the need for a permit for those 21 or older to carry a concealed firearm.

That means residents do not have to go through a background check if they buy the weapon from a private seller and do not have to take a firearms training course, according to the organization Arizona Concealed Carry. But a gun permit may be needed for people who want to conceal their weapon on their person. Without a permit, owners can’t conceal and carry in any other states. Arizona has a reciprocity agreement with 37 states that allows concealed firearms with an Arizona permit. The states vary depending on if you are an Arizona resident or not.

When Arizona was still a territory, some cities had stricter gun laws than those now in place. “A place like Tombstone, back in the 1880s, prohibited open carry of firearms,” Winkler said.

During that time, travelers had to leave their guns with local law enforcement or the Grand Hotel, and could only retrieve it when they were leaving town, according to an article by attorneys Mesch Clark Rothschild.

Gun ownership tends to happen earlier for people who grew up with guns.

A 2017 study by Pew Research Center found that 67% of gun owners grew up with guns in their households and 76% first fired a gun before they were 18.

The study shows owners who grew up with firearms received their first gun at age 20 on average, while those who did not got their first guns at age 26.

Gun ownership varies based on demographics. Men are more likely to own a gun than women, with ownership rates at about 40% and 22% respectively, according to the Pew study. Nearly 40% of Caucasians reported owning a gun, while about 25% of African Americans and 15% of Hispanics owned a gun.

TMC nurses plead with the public as COVID-19 surges 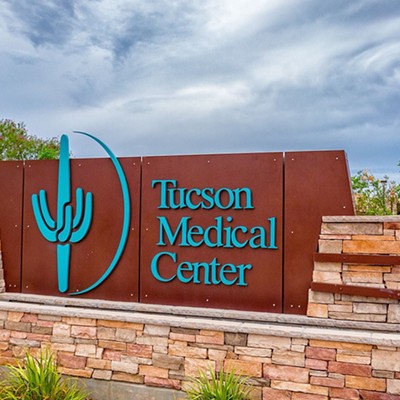