Posted By Adianna Bermudez and Taylor Tasler-Oatley/Cronkite News on Wed, Dec 2, 2020 at 1:00 PM 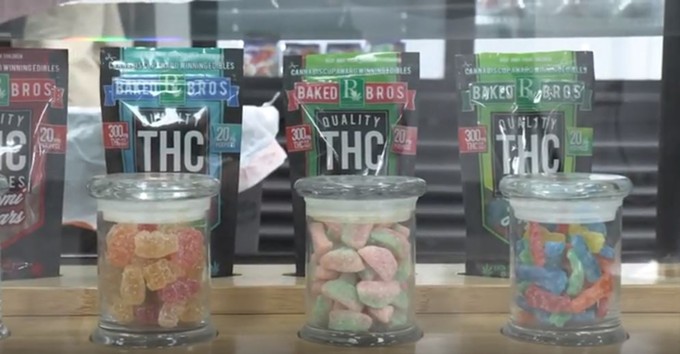 
PHOENIX – Recreational use of marijuana will soon be legal in Arizona, thanks to Proposition 207’s easy passage, but economic and logistical hurdles remain before Arizonans will feel the effects.

The measure – approved by more than 60% of voters in unofficial results from Nov. 3 – decriminalizes recreational marijuana use and possession for those 21 or older; allows minor, nonviolent marijuana offenders to petition to have their criminal records expunged; and imposes an excise tax to support underfunded programs across the state.

Once the Arizona Secretary of State’s Office certifies the proposition, which is expected to happen in December, the use and possession of up to 1 ounce of marijuana will be legal except in public spaces. Despite the law’s passage, however, marijuana possession, distribution and use remain federal crimes.

Dispensaries and growers, which have become a familiar presence in Arizona since voters narrowly approved marijuana for medical use in 2010, will have to wait for state approval to sell marijuana for recreational uses. Application for state licenses is expected to open in January, and organizers of Proposition 207 are predicting an April 5 launch for recreational sales.

“I think there’s going to be a lot of very curious people that want to walk into the dispensary because they weren’t able to do that before,” said Raul Molina, chief operations officer at the Mint Dispensary in Tempe.

A key element of Proposition 207 is the opportunity to expunge a criminal record, which can impede employment, nullify the right to vote and harm reputations.

Proposition 207 is the first voter measure in Arizona that offers expungement, according to Jared Keenan, a senior staff attorney at American Civil Liberties Union of Arizona. But the process may differ in each of Arizona’s 15 counties, depending on the population and whether the county attorney supported the measure.

Prosecutors can petition against moves to expunge records. The Maricopa County Attorney’s Office has not given a stance on expungement but has announced it will immediately drop all pending and unfiled charges of marijuana possession based on “the will of the voters.”

Currently, Keenan said, all marijuana convictions are felonies, which means convicts could lose their right to vote, their access to public housing and food assistance, and their eligibility for federal student loans. A criminal record also makes it harder to get a job.

The proposition does not specify the expungement process but sets aside $4 million to help fund it. Keenan expects nonprofit organizations like his will apply for some of that money, allowing them to provide forms, help convicts fill them out and file the petitions with the court. The money also could fund attorney positions to work on expungement cases.

Drug offenses, particularly marijuana, disproportionately affect people of color, but Keenan said Proposition 207 won’t resolve the problem of racial disparity in the criminal justice system on its own.

“It will lower the number of non-white people being arrested for marijuana,” he said, “ but those that are concerned with racial disparities and arrest rates and conviction rates need to continue working to make sure that we address those problems.”

But, he added, “It’s definitely a step in the right direction.”

Optimism across the industry

Representatives of dispensaries and marijuana growers and processors are optimistic about the future of their businesses under the new law. Right now, though, it’s a waiting game.

“It slows things down in terms of how quickly you see stores opening up,” Wallin said.

Molina said Mint Dispensaries plans to open new locations in Arizona and other states, but he doesn’t know when it will begin selling recreational marijuana.

Dispensaries can apply for a recreational adult-use license from Jan. 19 through March 9, according to azmarijuana.com. The Arizona Department of Health Services is expected to approve licenses within 60 days.

“Clearly, it is a tremendous opportunity for the state,” he said.

Where the taxes go

Through the 16% excise tax, Proposition 207 will support community colleges, mental health programs, maternal mortality programs, efforts to combat impaired drivers and other underfunded needs in the state. The tax will be levied in addition to state and local sales taxes totaling about 9%.

Wallin said that if city and county taxes become too high, it will slow the shift from the illegal marijuana market to the regulated market.

“Colorado has done a really nice job of kind of balancing that with being competitive and they pretty much forced the illegal market mostly out of business,” Wallin said.

Colorado is among at least a dozen states, including California and Illinois, that have legalized recreational marijuana. Arizona was one of four states that legalized it Nov. 3 for adults 21 and older.

Molina said selling recreational marijuana will “be the gravy on top” of an already lucrative business.

“The biggest thing is it’s going to allow us to be able to spend more money in other states and continue our expansions into other states,” he said.

Molina doesn’t expect the price of marijuana to rise, but he predicted increases in demand could cause a shortage that might last a few months. To avoid that, he said, dispensaries likely will offer fewer discounts and giveaways.

Molina said his biggest concern is making sure patients who need marijuana for their health aren’t left behind the recreational crowd. Mint Dispensaries will create express lines and hire patient service representatives to better help customers who have medical needs, he said.

“We don’t want any of those people who helped us get here now feel left out or like they’re no longer desired. We plan to take care of them and we have appreciated them all along and plan to continue to show that.”