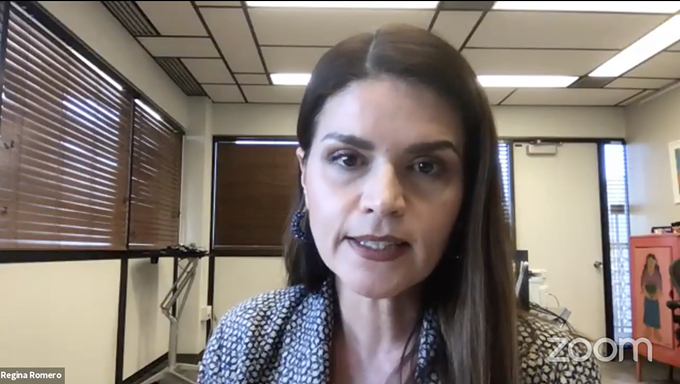 
Romero says she’ll be asking the council to consider implementing a mandatory curfew from 8 p.m. to 5 a.m. that would run from Dec. 1 to Dec. 22.

After consulting w/ public health experts and local hospitals, I believe that additional steps are necessary to control...


On Nov. 23, the Pima County Health Department announced a voluntary overnight curfew from 10 p.m. to 5 a.m. every day until Dec. 31—but it’s not enforceable.

At 5 p.m. Tuesday, Romero will ask the city’s council members to vote on the mandatory curfew, which if approved, would go into effect three hours later.

The proposed curfew would prohibit everyone from being in public places with the following exceptions:

“We are hoping that this particular measure will help our community, will help slow the surge of cases and preserve precious hospital capacity,” Romero said at the press conference. “We are also hoping that this curfew, that this step, will help prevent a stay-at-home order or a lockdown.”

How would the curfew be enforced?

City Attorney Mike Rankin said the proclamation will be presented to the council Tuesday to describe how the curfew would be enforced.

Before being subject to a citation, those violating the curfew would be notified of the new provision and given the opportunity to comply. If citations are issued, Rankin said his city attorney’s office has the ability to resolve the citations by offering diversion or “some other noncriminal proceedings.”

Rankin said violation of an emergency proclamation issued by a mayor is a misdemeanor offense, but that “the direction as part of the mayor's proclamation...would be that prosecution would include the opportunity for diversion to avoid the criminal sanction.”

If the offender denies the diversion offer, they could face criminal prosecution. Fines for misdemeanor crimes range from as high as $2,500, according to Rankin.

Is it legal to issue a mandatory local curfew?

The city attorney said the legal basis Romero has to issue a curfew is based on the mayor’s right to take action during a local emergency.

“I don't see this as a challenge to the governor's authority, or the authority that is given to him as the executive of the state. In fact, the proclamation certainly leaves room for the governor to execute all of his emergency powers,” Rankin said. “Arizona law and the charter also gives certain authority at the local level. So this isn't a challenge to state authority, but it is using the local authority that is provided under Arizona law to adopt these kinds of measures that are necessary for public health and safety.”

Dr. Joe Gerald, the team leader for UA’s COVID-19 modeling team, said at the press conference that the spread of coronavirus “has now reached the point to where we are truly in a crisis here in Arizona. Cases are higher in Pima County than they've ever been, and they will likely exceed twice the prior peak within the coming week.”

Although Romero still hopes Gov. Doug Ducey will issue a statewide mask mandate and curfew to control the spread of the virus, she hasn't been able to directly speak to the governor despite many efforts to reach out since March. As a result, Tucson’s mayor felt she must take matters into her own hands.

“The reality is that we have waited and waited for the governor and despite a huge surge, we have not seen any meaningful action from Gov. Ducey,” Romero said. “It makes absolutely no sense that we are in a worse place than where we were in the summer, but the governor refuses to act.”

Romero acknowledged the curfew would hinder many Tucson businesses that operate after 8 p.m. and said she’ll also ask the council to pass additional economic relief for workers, families and small businesses.

The mayor said Tucson has $17 million in federal CARES Act funds in its reserve, and she plans on asking the council to use these funds as economic relief.

“If the council so chooses, then we will give additional direction to put additional funds in the hands of small businesses, workers and families as quickly as we possibly can to help during this additional step that we're asking the community to comply with and help with,” Romero said.

The speakers at the press conference said businesses won’t be mandated to shut down at a certain time, although people won’t be able to be legally present in them during the curfew.

“[The proclamation] is not proposing to require the businesses to shut down at a particular time, instead, it's a curfew order, and that applies to the people who are out and about,” Rankin said. “It does, however, encourage folks to stay at home, because it's safer at home. And so it doesn't directly require any business to shut down or closed at a particular time. But yes, there is a hope that folks will stay home during those time periods.”

Ultimately, as she reaches out to neighboring cities and towns, Romero hopes statewide action will be taken to slow the spread of coronavirus.

“I will continue to reach out to other mayor colleagues throughout the state, and then leave it up to them," she said. "Hopefully, we can get mayors from cities and towns throughout Arizona, the medical community and public health experts could hopefully get statewide action by the governor. That is the best scenario that I would hope.”