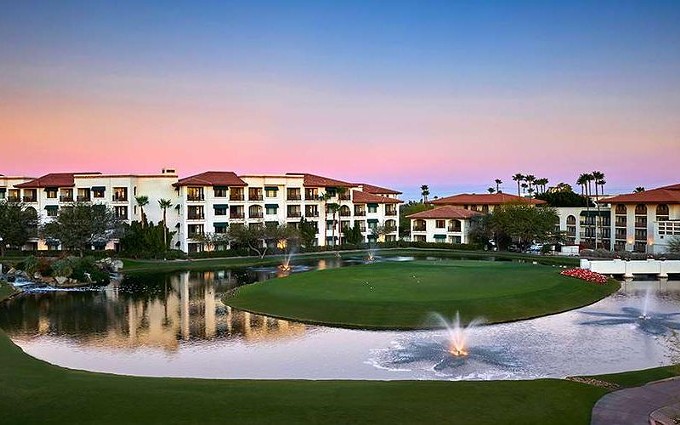 
PHOENIX – The New Mexico State men’s basketball team has temporarily relocated to Phoenix due to stricter COVID-19 regulations in its state.

The Aggies will stay at the Arizona Grand Resort & Spa for five weeks, but could potentially stay longer depending on state updates regarding the pandemic.

The resort has accommodated the team’s needs, providing access to a full basketball court in a ballroom as well as a weight room.

Public health guidelines in New Mexico do not allow games or workouts with more than five people. Additionally, travelers from outside the state must quarantine for two weeks.

New Mexico’s coronavirus cases have been trending upward. Its cases in the last seven days per 100,000 is 68.3, according to the Center for Disease Control. Arizona’s is 33.4.

With the season set to start Nov. 25, the team is still looking for a place to host its games and believes a university or a professional arena would be its best choice. Going to Las Vegas for home games is also an option.

Athletes and staff will continue to receive three COVID-19 tests per week as required by the NCAA. The team will be assisted by Dr. Brian Shafer, who has served as a team physician for multiple professional and collegiate teams, as well as New Mexico State’s athletic trainer, Mike Anderson, to ensure the team’s safety.

“We won’t be able to take our entire medical staff, so it’s great to have somebody like that, that you can reach out to,” said Braun Cartwright, New Mexico State’s deputy athletic director.

New Mexico State’s estimated cost of rooms, facilities, food and testing for five weeks will be about $79,000, not including transportation, Cartwright said.

The Aggies worked with the Arizona Sports Entertainment Commission and set the relocation up in four days.

“All these pieces came together, and they came together in three days,” ASEC executive director Nikki Balich said in a release. “That’s community, that’s what we do in Arizona. We are so unbelievably excited to have New Mexico State here.”

New-look Suns come out of bubble, into spotlight