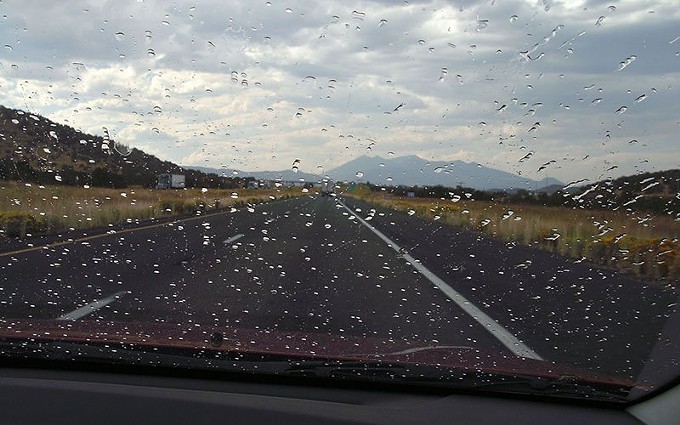 
WASHINGTON – State and federal weather officials are predicting a warmer and drier than normal winter for Arizona, which would come on the heels of the driest monsoon ever recorded in the state.

The “nonsoon” summer followed by a La Niña winter could spell trouble for water resources and wildfire conditions in a state already gripped by drought, the officials said.

“Going into a dry winter after this dry summer is going to be making the drought worse, for sure,” said Nancy Selover, a state climatologist at Arizona State University.

Usually occurring once every two to seven years during the winter, the La Niña weather pattern stems from a cold phase of the Pacific Ocean that shifts the jet stream, leading to colder weather in the north and warm and dry weather in the Southwest.

David Miskus, a meteorologist at the Climate Prediction Center at the National Weather Service, said that if the La Niña weather system “does what it normally does – sub-normal precipitation and above-normal temperatures in the wintertime – that’s exactly what Arizona and the Southwest does not need this winter.” The long-term outlook is calling for just that.

The entire state is currently undergoing drought, with 84.76% of it under an “extreme” or “exceptional drought” classification, according to the United States drought monitor. Extreme drought results in insufficient water for livestock and other harms to ranching, and it can stress plants and trees, making them likely to act as tinder for wildfires.

“We already have a fire issue because we had a dry summer, so everything is already very dry,” Selover said.

During a dry winter, trees tend to dry severely, which can lead to sap depletion. That, in turn, gives room for beetles to infest dried-out trees that die and become fuel to spread any wildfire that starts.

“If we continue this dryness through the winter, we can potentially just extend our wildfire season into the winter,” Selover said.

All those factors – a drought, a dry monsoon season and the expected La Niña winter – mean levels of “large reservoirs are going down and down,” Miskus said. That can be a particular problem for ranchers and Native American reservations in parts of semi-arid northern Arizona that rely on summer rainfall and winter snowfall, he said.

“When you get a lack of precipitation in a semi-arid area, it really hurts,” Miskus said. During times of little to no precipitation, ranchers and tribes must “get water sent to them or pump” it.

Selover added that since La Niña is a “winter phenomenon,” if Arizona winters keep getting warmer and drier, it could lead to decreased snowfall, which can cause severe water shortages down the road.

“We depend on the snow to store water,” she said. “But if there’s more rain than snow in the winter, it (water) immediately soaks into the ground.”

Ongoing wildfires, extreme drought and the driest monsoon in Arizona – Miskus called it a perfect storm in the summer, and now (because of La Niña) not a very good winter outlook either.”