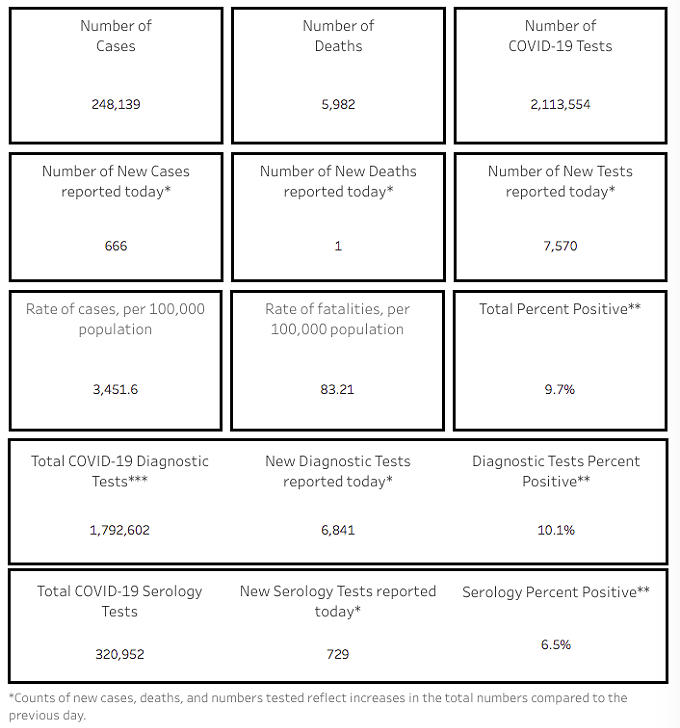 With 666 new cases reported today, the number of Arizona’s confirmed novel coronavirus cases topped 248,000 as of Monday, Nov. 2, according to the Arizona Department of Health Services.

With one new death reported yesterday, a total of 5,982 Arizonans had died after contracting COVID-19, including 642 deaths in Pima County, according to the Nov. 2 report.

On a week-by-week basis in Pima County, the number of positive COVID tests peaked the week ending July 4 with 2,452 cases, according to an Oct. 29 report from the Pima County Health Department.

Ducey: A “storm ahead” with COVID spread

“The recent increase in cases has resulted in an increase in the COVID-19 rates in many counties,” Christ said at the Oct. 29 press conference. “At the Arizona Department of Health Services, we remain on high alert. We’ve worked to contain COVID-19 from all angles, and we continue to take further action in light of recent increases.”

Although Ducey acknowledged Arizona’s rising coronavirus numbers, he said in comparison to other states, “we’re not in that zone that we’re seeing in other places.”

“We do see this rising in different parts of the country, our expectation in Arizona has been that cases would continue to go up,” he said.

The governor recognized that the state’s current R naught number, which indicates how contagious a virus is, is currently at 1.16, which means coronavirus is spreading as fast as it did in June.

“Arizona did one of the best jobs in the nation when our time of challenge did come of driving it beneath one, but as we head into influenza season it becomes more challenging,” Ducey said.

Although the current rise in COVID-19 cases is alarming, Ducey said there’s even more to come.

Given the likelihood of travel and large gatherings, Christ says she anticipates seeing a spike 10-14 days after Thanksgiving that could potentially increase over the next 4-6 weeks.

In preparation for the holiday season, she said ADHS will be putting out guidance, working on mitigation strategies and making sure hospitals have enough resources, although she said the biggest barrier for hospitals is not “the beds, but could be the staffing.”

Christ urged citizens to continue mitigation tactics such as wearing a mask, maintaining social distancing and getting an influenza shot.

“We understand that this has been a difficult year, and many have grown tired of the mitigation strategies. But now is not the time to let up,” she said.

When asked about the example he’s setting for Arizonans after repeatedly attending public events sans-mask, including at a Trump rally at the Prescott Regional Airport Oct. 19 and as he spoke at today’s press conference, Ducey called upon the First Amendment.