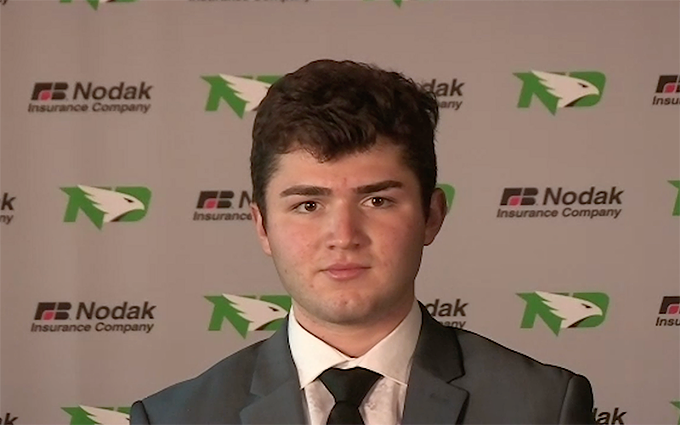 
PHOENIX – The Arizona Coyotes’ decision to part ways with a draft pick accused of bullying a classmate with developmental disabilities has put the organization at the center of a national debate about forgiveness and cancel culture.

The Coyotes on Thursday renounced the rights to their 2020 fourth-round draft pick Mitchell Miller, 18, after more details surfaced about his role in the bullying of Isaiah Meyer-Crothers at an Ohio junior high school that led to a charge of assault in 2016. The Arizona Republic reported that Miller directed racial taunts at Meyer-Crothers, who is Black, and also forced him to eat candy that was in a urinal, according to a police report.

“We have decided to renounce the rights to Mitchell Miller, effective immediately,” Coyotes President & CEO Xavier Gutierrez said in a statement. “Prior to selecting Mitchell in the NHL Draft, we were aware that a bullying incident took place in 2016. We do not condone this type of behavior but embraced this as a teachable moment to work with Mitchell to make him accountable for his actions and provide him with an opportunity to be a leader on anti-bullying and anti-racism efforts.

“We have learned more about the entire matter, and more importantly, the impact it has had on Isaiah and the Meyer-Crothers family. What we learned does not align with the core values and vision for our organization.”

Miller, a defenseman, was selected No. 111 in the 2020 NHL Draft on Oct. 7, after Arizona traded its first- and third-round draft picks and lost its second-rounder due to violating draft scouting rules.

The decision to renounce the rights to Miller was applauded by many, including a Valley organization that works with the Coyotes and supports individuals with intellectual disabilities.

“I believe that this really shows that (the Coyotes) are putting the community first,” said Jared Woosley, Special Programs Developer for One Step Beyond. “I know for a fact that they have the community’s best interest at heart and they’re doing the right thing.”

But others on social media disagreed strongly with the decision, suggesting the organization succumbed to “cancel culture,” a popular term for when someone is instantly shut out of social or professional circles for an opinion or action deemed offensive.

The kid screwed up but where is he now in terms of his life and values? No one ever got a second chance. Let the kid try to make things right. Stupid move by the Coyotes

Before he was drafted, Miller sent letters of apology and an explanation for his actions to each NHL team.

The Coyotes selected Miller not long after Gutierrez was named to the NHL’s Executive Inclusion Council, a group whose primary charge is improving diversity in the sport.

The incident comes at a time when systemic racism has sparked national protests and inspired popular sports figures to address causes and issues on their public platforms.

The anti-bullying movement has become an important issue for some professional athletes, including the Phoenix Mercury’s Brittney Griner, who often speaks out about the bullying she experienced in her youth.

The Coyotes’ decision to cut ties with Miller has added to the national conversation about condemning bullying, as well as emphasising the need to educate and include these topics in schools and communities across the country.

“We offer a lot of professional development experiences and guidance on how to get at hazing and bullying in schools,” said Dr. Karissa Niehoff, the Executive Director of the National Federation of State High School Associations. “We have everything from quick information cards, help hotlines for kids, coursework on the NFHS learning center platform and our human capacity to get out there and train.”

Miller, a 5-foot-11, 194-pound defenseman from Sylvania, Ohio, initially committed to play for the University of North Dakota. Last season, Miller played for the Tri-City Storm in the United States Hockey League and scored eight goals with 25 assists in 44 games.

Miller was Arizona’s first draft pick made under new Coyotes general manager Bill Armstrong. However, Armstrong did not help with the process of making selections due to a prearranged agreement with his former team, the St. Louis Blues.

“I fully support our decision to renounce Mitchell Miller’s draft rights,” Coyotes General Manager Bill Armstrong said in a statement. “I’d like to apologize to Isaiah and the Meyer-Crothers family for everything they have dealt with the past few months. I wish them all the best in the future.”

In the release, the Coyotes said they will continue to work with local diversity and inclusion organizations, including One Step Beyond, Best Buddies and the American Special Hockey Association to support people with intellectual and developmental disabilities.

Arizona management reached out to One Step Beyond and the American Special Hockey Association, among other local organizations dedicated to diversity, inclusion and equity, following the release of the team’s official statement Wednesday.

“They couldn’t have been more apologetic on the mistake that they made and how it was the wrong decision,” Woosley said.