On Tuesday, Oct. 20, the OSIRIS-REx spacecraft touched down on the asteroid Bennu for 4.7 seconds, a maneuver that was more than a decade in the making. Scientists at the University of Arizona nervously watched the data from the autonomous process — because the asteroid is more than 200 million miles away, messages from the spacecraft take some 20 minutes to reach Earth, meaning the entire maneuver had to be programmed ahead of time. Preliminary data shows the “touch-and-go” process was a success, putting OSIRIS-REx one step closer to being the first American space mission to bring a sample of an asteroid back to Earth.

“It’s amazing just how fast it happened,” said Sara Knutson, science operations team lead engineer for the mission. “It was like a marathon that turned into a sprint.”

However, researchers won’t know for another few weeks whether the amount of dust and rocks collected from Bennu’s surface is sufficient. The spacecraft will measure this by a series of maneuvers to determine the sample’s weight — should there be less than 2 oz. (roughly 60 grams) of captured space material, the spacecraft will attempt a second “touch-and-go” process no later than January 2021.

The OSIRIS-REx spacecraft left Earth in September 2016 with the goal of capturing carbon-rich material from Bennu’s surface, which may help scientists better understand the formation of our early solar system, and even the origins of life on our planet.

“We spent all these years planning for today, and it happened so quick I almost missed it,” said Carl Hergenrother, staff scientist for OSIRIS-REx, who described the mission as a kind of relay race, with multiple teams working on different parts at different times.

According to Betsy Cantwell, UA’s senior vice president for research and innovation, this type of mission has the potential to affect science for decades to come.

“These kinds of events change the way we view the world around us,” Cantwell said. “I expect an immediate scientific explosion of interest [when the samples return].”

Because the collected samples will be finite, Cantwell says a major decision will be figuring out who gets to work with them. Cantwell expects a portion of the material will be investigated at UA, and some will even be stored for posterity to be examined when even more advanced scientific sensors are available in the future. Researchers expect to find “a large number of biological precursors” in the sample.

OSIRIS-REx is expected to return to Earth in 2023. 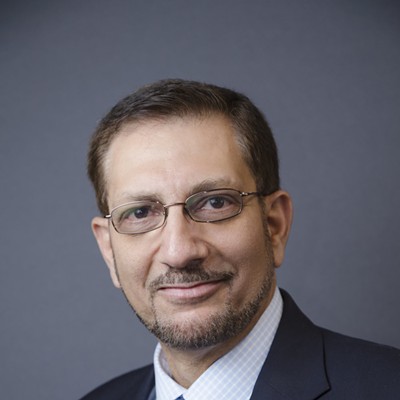