Photo by Marianna Hauglie/News21
Arizona secretary of state "voting rights ambassador" Teresa Martinez explains a voter registration form to high school students in this 2016 file photo. A federal judge this week ordered the state to extend the voter registration for 18 days because COVID-19 restrictions may have hurt registration efforts earlier this year.


WASHINGTON – Arizona nonprofits are working “nonstop” to register voters before opponents can overturn a federal judge’s ruling that extended the state’s voter registration deadline from Monday to Oct. 23.

U.S. District Judge Steven Logan agreed with voter advocacy groups that COVID-19 restrictions imposed by the state earlier this year may have cost “possibly tens of thousands of voter registrations” and that the best way to fix that was by extending the deadline.

Arizona Secretary of State Katie Hobbs, who had originally tried to block the suit, said late Monday that she would not appeal Logan’s ruling. But national Republican groups that had joined the case said through a spokeswoman Tuesday that “we respectfully disagree” with the ruling and would be “moving expeditiously to appeal.”

Voting rights groups that won the extension were wasting no time Tuesday registering voters – one day after the original deadline would have passed.

“It (the deadline extension) is critical. Every vote counts,” said David Adame, president and CEO of Chicanos Por La Causa.

The complaint was filed last Wednesday against Hobbs by Mi Familia Vota and Arizona Coalition for Change, citing the “difficulties and barriers” that COVID-19 restrictions had on their efforts to register voters for the November elections.

“As community organizations, our mission is to make sure our communities’ voices are heard at the ballot box,” said Yara Marin, Arizona political director Mi Familia Vota. “But, we saw so many different barriers when it came to voter registration, educating voters, and having those real life conversations with our community.”

COVID-19 restrictions affected the groups’ ability to do in-person canvassing, Adame said, and alternative strategies to reach people were not as effective.

“Doing that grassroots door-to-door, there is no substitute for that,” he said.

The number of people registered by groups fell “from about 1,523 voters a week … to 282 a week” once COVID-19 restrictions took effect, Logan’s ruling said. They also claimed that, with a three-week extension of the registration deadline, “around 65,120 voters would be able to register,” the order said.

The original deadline imposed an “unacceptable burden on citizens in Arizona who have not yet registered to vote,” said Ronald Fein, an attorney for the plaintiffs.

Hobbs argued against an extension, noting that the plaintiffs had months to file but waited until just days before the deadline to go to court. Extending the deadline would force election officials to “simultaneously process voter registrations and early ballots,” putting a significant burden on officials, confusing voters and eroding “public confidence in the integrity of Arizona’s election processes,” her filing said.

In their brief, the Republican National Committee and the National Republican Senatorial Committee said an extension is not needed at a time when “it has never been easier to register to vote in the state of Arizona.” Deadlines allow for the smooth operation of elections and should not be “swept aside when convenient,” their filing said.

“They are vital and interdependent components of an electoral infrastructure designed to ensure the integrity of the voter rolls and the reliability of election results,” the GOP brief said.

Logan agreed that registration “has never been easier for some, though others are not so fortunate,” noting that many people in Arizona do not have access to the Internet, for example.

“Ballot access is an extremely important right and it has been restricted during this unprecedented time,” wrote Logan, who said the burden an extension would place on election officials was outweighed by the potential damage of someone being denied the vote.

Besides declining to appeal, Hobbs in a tweet urged Arizonans to “update or register as soon as possible, as a further court ruling remains possible.”

“We didn’t want to change the entire electoral system, that wasn’t our goal,” said Bolding, who is also co-executive director for Arizona Coalition for Change. “Our goal was simple. It was to make sure that those individuals who faced difficulties during COVID-19 still had an opportunity to participate in the November 2020 election.”

Canvassers will be back out this week engaging with potential voters, but with precautions against COVID-19 transmission. Those include maintaining a social distance, wearing face shields and masks, allowing one-time use of pens and making hand sanitizer readily available.

“We recognize that the safety and health of all our colleagues and community is our No.1 priority, so we are taking steps to ensure that we are abiding by all guidelines,” Marin said.

Bolding was careful to say the deadline extension is not partisan, but is an opportunity for voters to take part in “one of the most important elections in our lifetime,” regardless of party affiliation.

“If you are a Republican, if you’re a Democrat, if you’re an Independent, if you’re a no-party-affiliation, you still have the ability to register up until Oct. 23,” Bolding said. “Our hope is that all Arizonans who are eligible to register to vote do and that they exercise their right to vote at a ballot box this November.” 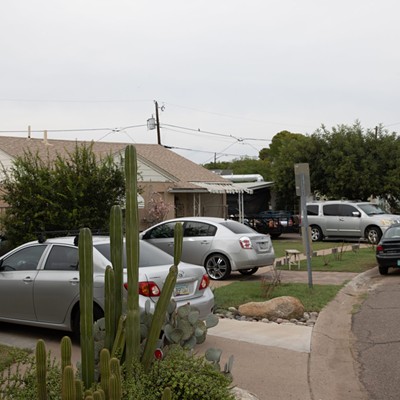