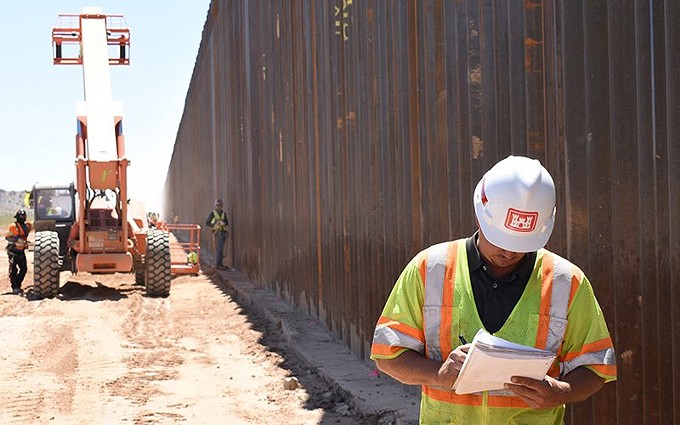 WASHINGTON – Critics of the Trump administration’s border wall on Monday welcomed a court ruling that breathed new life into a congressional lawsuit challenging the White House’s decision to divert funds to the project from other agencies.

The ruling Friday by a panel of a federal circuit court in Washington said President Donald Trump’s decision to shift Treasury and Defense Department funds to the wall, after Congress specifically prohibited, violates the Appropriations Clause of the Constitution.

“To put it simply, the Appropriations Clause requires two keys to unlock the Treasury, and the House holds one of those keys. The Executive Branch has, in a word, snatched the House’s key out of its hands,” wrote Judge David B. Sentelle for the three-judge panel of the U.S. Circuit Court of Appeals for the District of Columbia.

Administration officials did not immediately respond to requests for comment, but a wall opponent hailed the ruling that she said is about “reclaiming Congress’ power of the purse.”

“I think the basis – the essence – of the lawsuit is basically that we have three branches of government and only Congress is allowed to appropriate funds,” said Vicki Gaubeca, director of the Southern Border Communities Coalition.

The suit stems from negotiations in early 2019 between Congress and the White House over border wall funding, a disagreement that led to a partial shutdown of the government when Trump refused to sign the budget.

After a 45-day shutdown, Congress agreed to allot $1.375 billion for the wall and Trump signed the budget. But he then immediately declared a national emergency at the border that he said allowed him to shift funds from other agencies, including the Treasury and the departments of Defense, Interior and Homeland Security, to boost wall funding to $8.1 billion this year.

The House of Representatives sued in April 2019, arguing that the administration’s ploy “disregards the separation of powers and usurps Congress’s exclusive authority.”

A federal district court judge initially dismissed the case, saying the House did not have standing to file the suit.

But the appeals court disagreed, saying the federal purse has “two strings” and both the House and Senate “must concur in untying them.” That gives the House the ability to sue, without the Senate, over the damage Trump’s action would do to its budgeting authority.

“Expenditures made without the House’s approval – or worse, as alleged here, in the face of its specific disapproval – cause a … constitutional injury” that the House can seek to block, Sentelle wrote. “And again, failure to recognize that injury in fact would fundamentally alter the separation of powers by allowing the Executive Branch to spend any funds the Senate is on board with, even if the House withheld its authorizations.”

The House suit is not the only legal challenge to the administration’s efforts to push for a wall.

A panel of the 9th U.S. Circuit Court of Appeals ruled in June, in a suit filed by the Sierra Club and others, that shifting funds between agencies is unconstitutional. And the Supreme Court is scheduled to hear a case in November that challenges the government’s decision to waive environmental and other regulations that might impede wall construction.

Rep. Raul Grijalva, D-Tucson, said in a statement after the latest ruling that the separation of powers is there for a reason.

“It is Congress that appropriates funds, not the President,” Grijalva’s statement said. “I will keep fighting to ensure that the Trump Administration does not violate the law to circumvent the will of Congress in the future.”

Grijalva, whose district stretches along most of the Arizona-Mexico border, said the appeals court saw through administrations “bogus excuses.”

Gaubeca’s organization was part of the separate Sierra Club lawsuit. She said that while the immediate goal of the suits is to check the executive branch, the ultimate goal is to stop the construction of the border wall.

“It’s not only bad for the environment but it actually forces people who are trying to migrate to the United States to cross in more remote regions of the border, putting their lives at risk,” Gaubeca said.

She called the wall a “really bad solution” that does not solve the problem of illegal immigration. Meanwhile, border communities like Nogales and Douglas are facing economic challenges.

“We would like to see a return of the vibrancy of these border communities and the contributions that they have made to the nation,” Gaubeca said.

Summer school an option for Arizona students struggling through pandemic 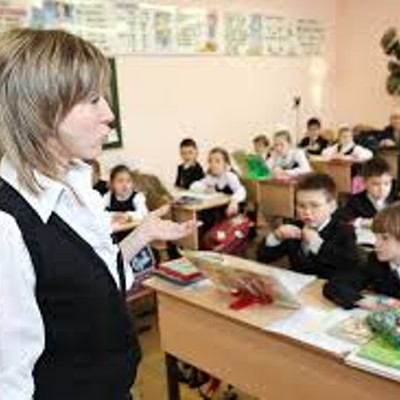