File photo by Jonmaesha Beltran/Cronkite News
Protesters bring the issue of missing and murdered Indigenous women to a rally during President Donald Trump's visit to Phoenix in February. Advocates who have been raising the issue for years are cautiously optimistic about new federal legislation.

The federal government finally passed legislation that could help do something about it.

The House gave final approval this week to two bills, Savanna’s Act and the Not Invisible Act, that would essentially force a review of the problem and create a federal plan of action. The bills are awaiting the president’s signature.

“We’re not celebrating necessarily, but we also recognize that for Congress to take action is a pretty big deal in terms of acknowledging that there’s an issue, first and foremost,” said Elizabeth Carr, an adviser at the National Indigenous Women’s Resource Center. “And then, secondly, taking some actions to address some of the issues that contribute to the crisis.”

Murder was the third most common cause of death for young Native women in 2017, according to the Centers for Disease Control and Prevention. Four out of five Native women experience violence in their lifetimes, according to the National Institute of Justice. And an Urban Indian Health Institute report on missing and murdered indigenous women in urban areas found Tucson had the fourth-highest number of cases among cities studied and Arizona was third among states.

“Survivors and families of countless missing and murdered” have been “doing the best they can to address the missing and murdered crisis throughout Indian Country,” said Navajo Nation Council Delegate Amber Kanazbah Crotty, a vocal leader on the issue.

In 2018 testimony to the Senate Indian Affairs Committee, Crotty highlighted the jurisdictional complexity of tracking such cases in and around Indian Country, where the FBI, state and tribal jurisdictions create a patchwork that often slows down missing persons investigations.

Savanna’s Act and the Not Invisible Act will improve coordination between agencies, force an official review of the problem and create an overarching plan to combat the ongoing crisis of murdered, missing and trafficked Native Americans – something that hasn’t happened before. Most importantly, advocates say, the bills bring Native Americans who have been combating the crisis on the ground into the process.

Tribal and survivor input was missing from President Donald Trump’s creation last year of a task force on missing and murdered Native Americans, dubbed Operation Lady Justice, advocates said. That task force only includes federal officials, though some of them are tribal members.

“A real solution to this crisis will never be found without the explicit inclusion of survivors, which is what is so special about this bill,” said Rep. Deb Haaland, D-N.M., who introduced the Not Invisible Act.

Haaland introduced her bill to complement Savanna’s Act, which focuses on collecting data on missing and murdered Native Americans, especially women, which has been a major hurdle in search efforts. The Not Invisible Act aims to improve coordination across the agencies that deal with violence involving Native Americans.

“They complement each other,” said Terrelene Massey, executive director of the Southwest Women’s Law Center in Albuquerque, N.M. The bills “are needed, they are tangible and … they are action-oriented in addressing the problems that we see out in Indian Country.”

Named for Savanna LaFontaine-Greywind, a North Dakota member of the Spirit Lake Tribe who was murdered in 2017 while pregnant, the bill provides some grant funding to agencies who help develop these protocols and complete annual reports on missing and murdered Native Americans.

The Not Invisible Act will create a position in the Bureau of Indian Affairs to coordinate federal efforts to combat violence against Native Americans and form a joint commission between the departments of Justice and the Interior. It requires the commission to include tribal representatives, health experts and victims’ families.

Advocates like Carr would rather see funding in Savanna’s Act go to victim services, violence prevention and increased visibility for the problem, but concede that some funding is better than none. And neither bill addresses shortfalls that Crotty outlined in her testimony, which spelled out how much funding would be needed to update tribal data collection systems, correct the overall shortage of tribal officers and provide services to affected families.

Despite that, advocates overwhelmingly welcomed the bills.

“It’s bringing more resources, more authority … making some of the major players do work to address the issues,” Massey said. “It’s bringing in that accountability.”

Carr called the bills a “pat on the back,” but said advocates will continue to push for more.

“It’s just a baby step, but for us a baby step is better than no step at all,” she said. 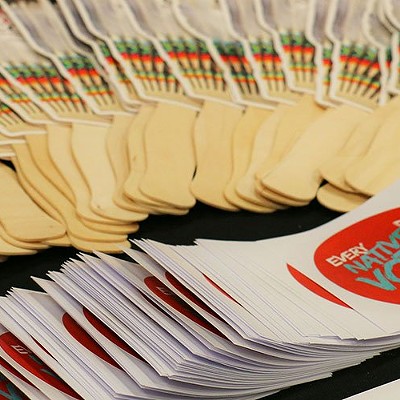 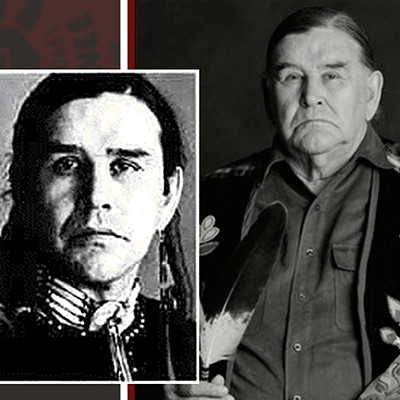