COVID-19 not top health concern of voters in Arizona, other battlegrounds 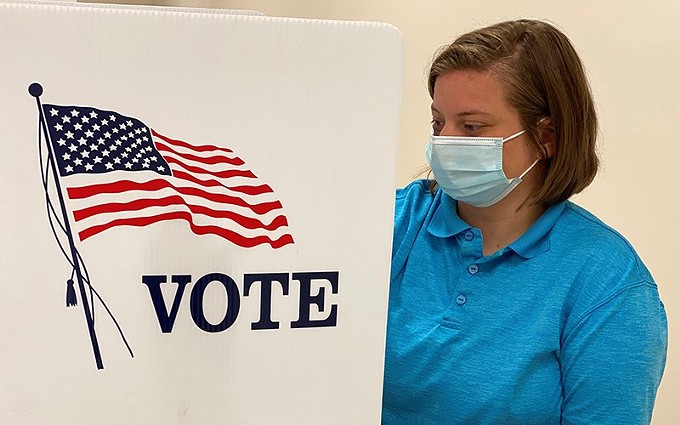 Photo by Capt. Cassandra Mullins, National Guard, Creative Commons
Health care is an issue in the 2020 election, but COVID-19 is not the main health care concern for voters in Arizona and other battleground states, according to a new poll. It ranked coverage for people with pre-existing conditions high. Here, a Kentucky National Guard ROTC cadet sanitizes a voting station in this June photo.

WASHINGTON – COVID-19 may be getting the headlines but it’s not the top health care issue on the minds of voters in a number of battleground states, including Arizona, according to a poll released Thursday.

The poll by the Commonwealth Fund found voters in seven of 10 battleground states said they were more likely to vote for a candidate who could protect health care for people with pre-existing conditions than one who could address the health and economic costs of the pandemic.

The likelihood that a candidate would lower the overall cost of health care ranked lowest among the three health care options presented in the poll.

For all three options, those polled said they felt Democratic presidential nominee Joe Biden was more likely to handle the issue than President Donald Trump.

The report came the same day that Trump signed an executive order outlining his administration’s health care actions and stating that it is the policy of the U.S. “that Americans with pre-existing conditions can obtain the insurance of their choice at affordable rates” – but providing few details on how that would happen.

The Commonwealth report’s authors said it was not surprising that respondents leaned toward Biden, given his history of support for the Affordable Care Act, which included provisions that prevented insurers from denying health coverage to people with pre-existing conditions.

“People certainly know he (Biden) supports the Affordable Care Act and in fact, he wants to build on it,” said Sara Collins, vice president of health care coverage and access with the Commonwealth Fund.

“The issue of making sure that people can get health coverage even if they have a health problem, has resonated, particularly since 2017 in the efforts to repeal the Affordable Care Act so that continues to be a very important healthcare issue for people,” Collins said.

Kino Stadium Outdoor Vaccination Site Will Close Due to Heat

AZ Supreme Court: State Lawmakers Are Not the Boss of Tucson Elections

Concerns about health care in general have risen steadily among Arizona voters, said Mike Noble, chief of research at OH Predictive Insights, bumping immigration as a top concern this year. Noble said that education, the economy and health care were the top three concerns in a May poll by his firm, and he expects health care has since risen to the No. 2 spot.

“When we ask what are the most concerning issues, social issues will typically take a back seat when there’s economic issues, or other issues like COVID, but when the economy and everything is good, concern over social issues will start to rise,” Noble said.

Democrat Grant Woods – who was a Republican when he served as Arizona attorney general from 1991 to 1999 – said he is not surprised by the support for Biden, given Trump’s long-running efforts to repeal the Affordable Care Act.

“Everyone would be on their own for healthcare if Trump has his way,” Woods said. That would be particularly problematic now “because we have 6.7 million Americans which have contracted coronavirus, which will be a pre-existing condition going forward.”

The only category of respondents in the Commonwealth poll who consistently favored Trump was Republicans.

“I just think if we weren’t in a pandemic, I think the Republicans have more resonance on that aging argument,” Rose said.

Noble said the focus on health care issues in this election is likely to work in favor of the Democrats as the parties fight over independent voters. 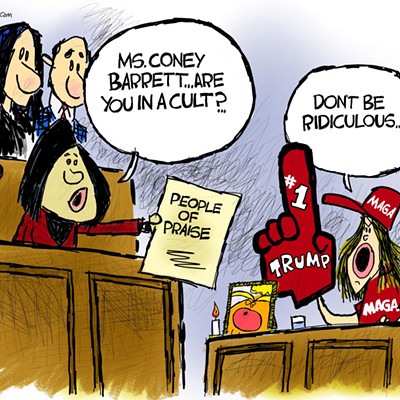