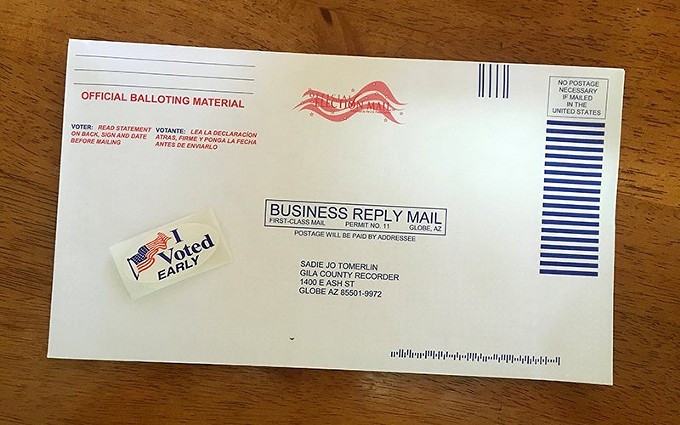 Photo by Alan Levine/Creative Commons
Early voting begins on Oct. 7 and it is recommended that ballots be mailed in by Oct. 27 to ensure they arrive on time. That\u2019s basically 20 days to research national, state and local races with candidates and issues, mark the ballot and put it in the mail so it arrives in time to be counted.

PHOENIX – Nationally and in Arizona, as Nov. 3 approaches, many Arizonans still have concerns about getting their mail-in ballots returned on time – and counted.

Voting by mail has become polarized, and some experts have warned that results may be delayed for weeks in presidential and local elections. Arizona is a national example: For six days in 2018, the Senate seat that Kyrsten Sinema eventually captured teetered between Sinema and her Republican opponent, Marthy McSally. (McSally later was appointed to a vacant Senate seat and is battling Democrat Mark Kelly this year.)

Arizona, for years considered solidly Republican, also is in play this year as a battleground state, which make every vote important.

Arizona Secretary of State Katie Hobbs explained how voting will look this year as the COVID-19 pandemic and delivery issues involving the Postal Service lead to possible delays in voting by mail.

1. It’s more than a trend: Early voting by mail will increase as it becomes the new normal

“The primary we just held at the beginning of August saw a significant increase in the vote by mail, and we expect that to continue as election officials across the state are promoting this as the safest way to participate in the election,” Hobbs said.

In the 2018 midterm elections, 78% of Arizona voters voted by mail; that percentage was 88% for this year’s primaries.

2. Follow the basics: First, register to vote, then request a ballot

Arizonans must take two important steps to vote by mail. The first is to register.

“To even request a ballot by mail you have to be a registered voter in Arizona,” Hobbs said.

Arizona residents have until Monday, Oct. 5, to register online, by mail or in person.

3. Save the dates: Know when voting starts, ends and when it’s too late

Early voting begins Oct. 7, and elections officials recommend that ballots be mailed by Oct. 27 to ensure they arrive by Nov. 3. That’s basically 20 days to research national, state and local races and issues, mark the ballot and put it in the mail in time to be counted.

“We have been assured by postal officials that this is the deadline that they can say that they can meet and that they don’t anticipate other delays in election mail this year,” Hobbs said.

But the absolute deadline is Nov. 3. Ballots that can’t be mailed in time to be counted can be dropped off at any polling place before or on Election Day.

“Maricopa County is adding a lot of options in terms of the ability for voters to return their early ballots,” Hobbs said, referring to the state’s most populous county. “Both at polling places but also adding additional secure ballot drop boxes and some temporary drive-thru ballot drop-off locations.”

4. Voting by mail is rising as fewer polling places are provided

This year, fewer polls will be open, especially on Election Day. A review by a collection of civil rights groups revealed that Arizona has closed 320 polling places since 2013.

Maricopa County will have 170 polling stations open and 36 drop boxes on Election Day.

For a list of polling places by county and to check voter registration, voters can go to Arizona.Vote.

5. Despite political rhetoric, the security of votes is not a concern

Hobbs said voting by mail is secure and she’s confident in the systems that are in place.

“Every ballot is connected to a voter,” she said. “There’s not random ballots coming in, and there’s not the ability for someone to vote more than one time.”

Mail-in ballots are tracked by each of Arizona’s 15 counties, and voters are notified when their ballots have been processed and are ready to be counted. The status of mail-in ballots also can be tracked through the Arizona Voter Information Portal.

6. If mail ballots aren’t your thing, there’s always the traditional way to vote 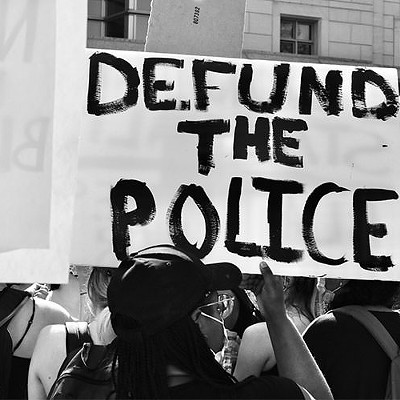 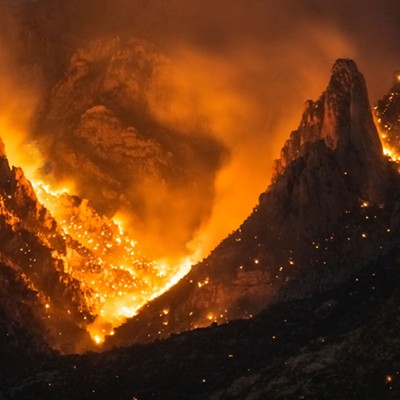