‘We get more followers in times of crisis’: As pandemic limits in-person action, activism goes digital

Public demonstrations historically have involved the “mass mobilization of bodies,” according to Tiera Rainey, program director for the Tucson Second Chance Community Bail Fund and an organizer with Black Lives Matter Tucson.

But when the novel coronavirus struck, prompting warnings against crowds and close contact, Arizona’s new reality of social distancing forced organizers to rethink that framework.

“Coming together is a challenge in a pandemic. Creating virtual community and innovation … has been really important in this moment,” said Rainey, whose group works “to address the disproportionate impact of the cash bail system on communities of color and vulnerable populations” in Pima County, according to its mission statement.

Organizers had digitized some advocacy work well before COVID-19 arrived in March. But with the crisis pushing more people online – internet use surged 50% to 70% in response to closures and other COVID-19 restrictions, according to Forbes – virtual activism became the primary tool for agitators seeking to build connections and momentum, not just a complementary one.

At the same time, the pandemic exacerbated and exposed structural inequities in the U.S., emboldening “already simmering progressive and conservative movements” and sparking new ones, according to an analysis from the United States Studies Centre at the University of Sydney.

“While physical marches may be out of the question for many, the COVID-19 pandemic has already done much more to animate protest movements than it has to kill them,” the report said.

‘We get more followers during a time of crisis’

Social media has long appealed to advocacy groups because it offers activists more control over their messaging. Rather than relying on news outlets for a television spot or online feature, Rainey said, organizers can speak directly to followers whenever they want.

Having a clear line of communication has become even more important amid the uncertainty surrounding the COVID-19 pandemic, advocates said.

“The community is asking for organizers and activists to provide resources so that they can deepen their own analysis and understanding of how we entered this moment,” Rainey said.

“We get more followers during a time of crisis,” Patiño said. “We hardly get as many followers when we have good news.”

The Mesa organization has used its bilingual accounts to explain where, when and how to vote in Arizona, he said, and to provide updates on the 2020 census.

Aliento also has experimented with virtual open-mic nights, workshops and therapy sessions for DACA recipients, or “Dreamers,” and other immigrants. After some initial hiccups as people learned to operate Zoom, the events have allowed the group to further its mission of turning trauma into action and elevating unique voices to spur positive change.

The social isolation associated with the pandemic, paired with ongoing threats to the DACA program, has left many in the migrant community extremely anxious, Patiño said. About 6 million immigrants also are working on the front lines of the COVID-19 response in the United States, according to the Migration Policy Institute.

It’s difficult to “get a breather,” Patiño said, given frequent legal challenges and persistent uncertainty. And “mental health (care) is not accessible to a lot of individuals.”

“Creating those spaces has allowed us for at least an hour, an hour and a half, for those individuals to feel like they can be themselves,” he said. “They can learn and let their guard down and find community within each other.”

Aliento also added a position in response to the pandemic: family community liaison. In that role, Laura Bey helps connect undocumented and mixed-status families with financial aid and other resources because unauthorized immigrants are not eligible for certain government benefits, such as unemployment payments or federal stimulus checks.

With in-person meetings discouraged, “we have to spend a lot of time on the phone,” she said.

By late summer, Aliento had raised money to provide cash assistance to more than 218 individuals and hopes to help nearly 90 others, said the group.

‘Slacktivism’ and other hazards

Like physical activism, virtual activism comes with its own set of risks, organizers said.

With nearly everyone able to share information or opinions online, for example, misinformation abounds.

In some cases, people with good intentions inadvertently pass on inaccurate information they’ve failed to research. In other cases, people seeking to undermine a movement purposely introduce misinformation to weaken trust between supporters and organizers and sabotage planning efforts.

“The internet is widely used for emancipatory actions to raise awareness, rally people, set activist agendas, to debate and evaluate actions, but also antagonistically (by groups and authorities) to polarise, misinform, and repress unwanted actions,” a study of the psychology of online activism conducted by Utrecht University in the Netherlands found.

The difference: Instead of physically following and listening in on these activists’ efforts, authorities now surveil their social media accounts, virtual footprints and online lives, she said.

“This online footprint is more accessible, and in turn, exposes marginalised groups to modern forms of monitoring that are more intrusive, and potentially, more injurious,” Aziz said in a synopsis of a presentation she made in June. “Local police departments and federal agencies pay millions of dollars to purchase online monitoring software that collects and mines social media content to identify purported suspicious behaviour.”

The internet also provides plenty of opportunities for so-called “slacktivists” – those who want to create the impression they back a certain cause without actually devoting time or energy to it – which can make it difficult for organizers to gauge genuine support. And performative posts sometimes drown out legitimate efforts.

In June, for instance, music industry leaders paused operations for a day to protest racism and inequality. As “Blackout Tuesday” gained traction outside of the industry, though, people attempting to show solidarity wrongly understood it to be a Black Lives Matter-led initiative.

Scores of people posted black squares to their feeds with the hashtag #BlackLivesMatter instead of the actual hashtags associated with the effort, #BlackoutTuesday or #theshowmustbepaused. As a result, those trying to access important organizing information or resources using the #BlackLivesMatter hashtag struggled to find what they needed.

Despite these drawbacks, the importance of the internet’s ability to “collective action in the absence of physical togetherness possible” in the current moment can’t be overstated, according to Ashley Cole, a researcher specializing in social movement leadership at Birmingham City University in England.

“Online protest and organising has resulted in some confusion,” Cole wrote in July. But it has empowered individuals to “spark social change in ways not possible before.” 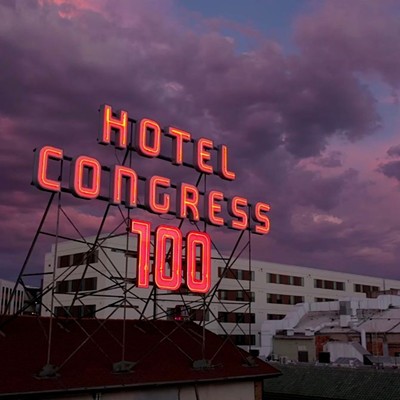