LOS ANGELES – A day after a written plea from the Southern Cal football team for a resumption of college sports in California, Gov. Gavin Newsom said state guidelines do not restrict participation in Pac-12 football.

“I want to make this crystal clear,” Newsom told reporters Wednesday. “Nothing in the state guidelines deny the ability for the Pac-12 to resume. Quite the contrary. That has been a misinterpretation of facts.”

On May 12, the California Collegiate Athletic Association suspended all NCAA sports competitions until Jan. 1, and training was restricted to groups of 12 or fewer athletes.

The association has not yet revised its Aug. 6 policy update, which announced a spring return to competition “when it is deemed safe and appropriate.”

Newsom clarified rules for Pac-12 participation by USC the day after USC football players sent their letter, which mentioned the recent development of rapid testing for COVID-19. The players on Tuesday also took to social media to voice their concerns, using the hashtag #LetUsPlay and imploring Newsom to allow competition to resume.

The Pac-12 and Big 10 are the only Power Five conferences not playing; the ACC, Big 12 and SEC already have started abbreviated seasons. Starting quarterback Kedon Slovis, who was a 2018 PrepStar All-Western Region at Desert Mountain High School in Scottsdale, posted about the team’s frustrations Tuesday on Instagram.

“My teammates and I have sat by for two weeks watching other teams across the country play the game that we love safely,” wrote Slovis, who was coached by Kurt Warner at Desert Mountain, where he threw for 2,542 yards and 50 touchdowns. “Most of these schools have a fraction of the resources that our school and conference have provided to play safely. You are the only thing holding us back.”

USC Athletics declined to comment on the players’ letter, which was written on SC Football letterhead and signed by “the USC Football Players.”

On Sept. 8, USC officials announced a return to workouts for football and men’s water polo, top-ranked sports for the Trojans, for the first time since Aug. 26. The football schedule’s games still are marked “postponed.”

University of Southern California also reported on Aug. 26 that eight football and water polo players tested positive for the novel coronavirus, which has killed nearly 15,000 Californians since February. Los Angeles County, home to nearly 10 million people, reported 38 deaths and 1,160 new cases on Thursday, according to the county’s Department of Public Health.

“Gavin Newsom, our request of you is that you work with us, urgently and purposefully,” USC football players wrote. “To find a path forward for us to resume competitions later this fall so that we can have the same opportunity as other teams around the country.”

Apart from being able to compete, these players may be missing out on scouting opportunities and the chance to profit from their name, image and likenesses under new NCAA rule. Athletes in their senior years were watching their final years of competitive football slip away.

This led to the partnership between the Pac-12 and Quidel Corp. to bring innovative rapid-result test machines to Pac-12 campuses. This test is designed to constantly monitor the health of athletes as they compete and use sports facilities. It is expected to provide results in only 15 minutes and will arrive on campuses by the end of September.

The new testing technology, called Sophia 2, is a key component in the USC football team’s letter to Newsom. They cited the advancement as a reason that Pac-12 football should be allowed to return.

“With the Pac-12’s commitment to daily testing via its new partnership with the Quidel Corporation,” the letter said. “And the continued dedication to comprehensive health and safety protocols locally on our campus, we feel comfortable proceeding with this season.”

USC believes that the Pac-12 and Quidel are providing sufficient protection from the virus. Pac-12 Commissioner Larry Scott praised Quidel in a webinar on Sept. 3 for their advancements in coronavirus testing technology and the opportunity it presents for the Pac-12.

Scott acknowledged the challenge of containing COVID-19 in Los Angeles County and the considerable restrictions imposed by public health officials.

“There are no state restrictions on our ability to play sports in light of our adherence to strict health and safety protocols and stringent testing requirements,” he said in a statement Wednesday night.

If Scott announces the resumption of Pac-12 football, the next step will be choosing a starting date to the season. They targeted a date around Halloween, but the proper health precautions must first be established. 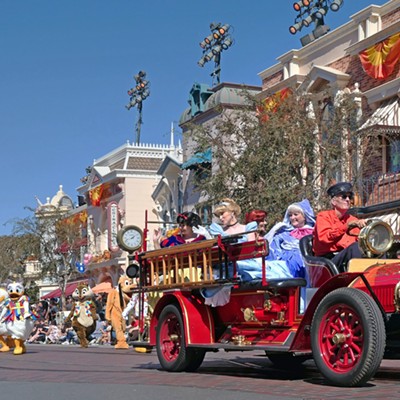