courtesy photo
in the just-ended Democratic National Convention, one set of numbers was particularly striking.

For Joseph Garcia, director of Chicanos Por La Causa in Arizona, the numbers were not surprising.

“The message is not: Yes, we welcome you into the party,” Garcia said of the number of Latino speakers. “Part of it is figuring, ‘Latinos got nowhere to go. They have to vote for us because they’re not going to vote for Republicans with their harsh line on immigration and other issues.'”

The message that Arizona convention delegate Leyna Negron heard was that the party values her vote, but not her voice.

“We need to be included in more than just discussions of ‘get out the vote.’ We need to be seen in leadership positions,” Leyna Negron said. “And that’s not happening.”

But Jessica Mejia insists that’s not the case. Mejia, the Arizona state director for Biden for President, said this year’s DNC was the “most diverse national political convention in history.”

Campaign officials pointed to Arizona native Kristin Urquiza, who spoke Monday about her father’s death from COVID-19, and Aldo Martinez, a DREAMer and an activist for his community. They noted that several Latinos were part of the keynote address that was delivered by 17 “rising stars” of the party.

“Latinos are a core part of the American story and will be a powerful force in this election,” Mejia said in an emailed statement. “Joe Biden has a clear vision to lift the Latino community: to build a more fair economy, invest in public schools, and expand access to affordable health care for our families.”

But Garcia pointed to the Latinos who were not given speaking slots, including Rep. Joaquin Castro, D-Texas and chairman of the Congressional Hispanic Caucus, and his brother Julian, a housing secretary in the Obama administration and a presidential candidate until Jan. 2.

Garcia said the focus seems to be more on the African-American vote than the Latino vote, something Arizona Latino Republican Association spokesman Rey Torres agrees with.

“The two most interesting colors to either party happen to be Black and white,” Torres said. “There’s no room for brown, right now.”

He said both parties need to work on advancing Latino leaders if they hope to vie for their votes in the future.

Latinos are expected to be an important demographic in key swing states like Arizona and Florida, which may put Democratic presidential nominee Joe Biden over the top. The Census Bureau estimates that there were 5.7 million Latinos in Florida in 2019 and 2.3 million in Arizona.

“We’re not a monolith,” said Gilbert Romero, an at-large Bernie Sanders delegate to the convention from Arizona, “so they have to get serious if they want to keep us.”

Romero was particularly upset by the number of Republicans who spoke at the convention – besides Kasich, they included former New Jersey Gov. Christine Todd Whitman and former Secretary of State Colin Powell.

The convention should showcase the country, he said, and should honor the people who have “worked in Democratic politics, people who are doing advocacy in our communities and advocating for the policies we care about.”

“This is our party. And my community, our communities, have been voting loyally for the Democratic Party since John F. Kennedy,” Romero said.

“Republicans shouldn’t have more space in our party than a young Latina from the Bronx. That doesn’t seem right,” he said, referring to Ocasio-Cortez.

Negron said Ocasio-Cortez, who worked as a bartender before being elected to Congress in 2018, represents more than her ethnicity, she represents working-class Latinos.

“When you think about Latinos, so many of us are service workers or retail workers. We’ve been hit hard by the pandemic. And we want to know that our voices are being heard,” Negron said. “Politicians represent us, but they aren’t us. Except for maybe people like AOC.”

Negron sees Ocasio-Cortez as “the voice of the future of our party, so it’s just a real disservice to us all that she was limited to 60 seconds. It really feels like exclusion.”

“This is the party that’s supposed to be most friendly to me. And I don’t see me in the party,” Negron said.

Romero said the party needs to embrace progressive policies like Medicare for All, a Green New Deal and comprehensive immigration reform or “run the risk of losing Latinos to the Republican Party.”

For now, however, Negron said Latinos have little choice.

“We’re under attack by this administration and we know that the Democrats are the best for our future. So, we don’t have a choice,” she said. “And that’s why it’s so easy to exclude us from policy discussions and speaker positions because they know they have our vote.” 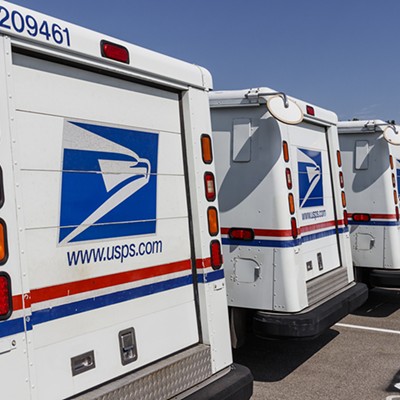