When it came time for the Arizona delegation to announce its votes for the next Democratic presidential nominee Tuesday, the job fell to middle school teacher Marisol Garcia.

Who spent much of her allotted 30 seconds in the national spotlight talking about the reopening schools during the COVID-19 pandemic.

It was part of an unorthodox roll call of the states during an unorthodox Democratic National Convention, where almost all of the business is being conducted virtually because of coronavirus concerns.

As they announced the voted that led to former Vice President Joe Biden’s official nomination Tuesday, delegates from each of the 50 states and seven U.S. territories were encouraged to spend part of their time talking about an issue important to them – and the party.

For Garcia, that was the challenges schools are facing.

“I wanted to talk about being a union leader in this state and then I also wanted to talk about the fact that I am a very proud Chicana Latina living in Arizona where the majority of us are really going to take our chance and have our voices heard this fall,” Garcia said.

That’s a lot to say in 30 seconds, something about which Garcia is well aware. The announcements were prerecorded before the actual roll call.

“I think I did the best I could,’ Garcia said. “It’s one of those things where you think 30 seconds is a long time, but it’s really not, so you’ll see our faces flash by really quickly and it will only be 30 minutes for the entire delegation to be able to record its votes.”

For veterans of political conventions, the pretaped virtual roll call might take some getting used to. Cynthia Ford, an Arizona veteran of nine Democratic conventions, said there’s nothing like the excitement of being on the floor of a packed convention hall as history is being made.

Ford said convention “watch parties are OK,” but that a virtual convention denies delegates the opportunity to make connections that in-person events offer.

“Just being in a room with energy, I mean it’s just like being at a football game,” she said. “You have fun. You enjoy it. But being at the game it’s a total difference. I think we’re missing that part.”

But Ford, a delegate to this year’s convention, watched the proceedings from home like everybody else.

Even though the virtual roll call is new, Garcia said there are still lessons to be learned for her students.

“As a teacher, I know my former students are going to be watching part of this because it was always part of our lessons to watch the conventions,” said Garcia, who teaches social studies.

One thing she hopes her former students and other women of color come away with is inspiration, after seeing Garcia in the spotlight at a national political event.

“So just to see somebody they know, somebody that maybe looks like them, somebody with the name Marisol is a huge thing for women and women of color in our state,” Garcia said. 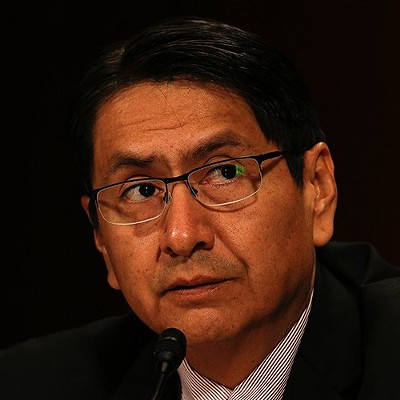 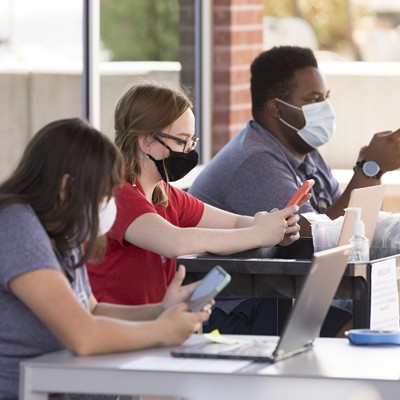