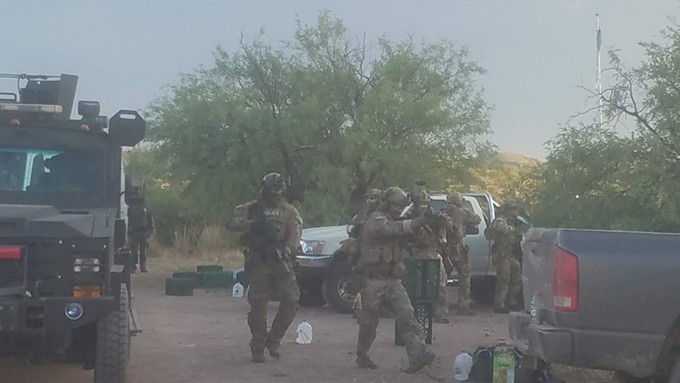 
On Friday, July 31, armed border patrol agents entered a No More Deaths camp near Arivaca and detained an estimated 30 undocumented migrants in what the humanitarian aid organization is describing as a “military style raid.” The encounter occurred after a series of escalations between the two organizations, and the detained migrants’ whereabouts are currently unknown.


“They immediately detained all our volunteers and took their phones,” said Paige Corich-Kleim, a representative for No More Deaths. “It was a heavily armed presence, with agents in fatigues, masks and assault rifles drawn. It was as if they were entering to neutralize a threat.”


According to No More Deaths, one day prior, on July 30, Border Patrol agents entered the Byrd Camp without a warrant and detained one migrant. In the following hours, agents established 24-hour surveillance, surrounded the property, and a drone was spotted circling the camp.


This led up to the raid on July 31, when Border Patrol entered the camp with a warrant. Agents operated multiple vehicles including a helicopter, an armored vehicle, ATVs and dozens of trucks. Although no No More Deaths volunteers were taken from the camp, they were handcuffed and had their phones taken while agents arrested the migrants.


No More Deaths experienced a similar raid by Border Patrol in 2017. However, Corich-Kleim says a key difference is that in 2017 No More Deaths volunteers were allowed to film the agents, whereas their only photos of Friday had to be taken with a phone that wasn’t yet confiscated.


“It’s like they were entering a war zone, not a medical aid station,” Corich-Kleim said.


After the confrontation, No More Deaths volunteers found their aid station had been "ransacked," with tents torn apart, medical supplies destroyed and power to their well disconnected.


According to the warrant, items to be seized by Border Patrol agents included cell phones, computers, US and Mexican currency, photographs and "maps and other papers relating to the transportation, harboring, and smuggling of illegal aliens."


“On a daily basis those who migrate through the Arizona desert are targeted, terrorized, detained, and deported,” said No More Deaths volunteer Scott Warren, who was previously charged with and acquitted of felony charges for harboring migrants. “Last night we witnessed these tactics deployed against people who sought medical care and relief at our Byrd Camp aid station. As always when humanitarian aid in the borderlands is targeted, those who seek care are the ones that face the brunt of these violent escalations.”

Tucson Weekly is awaiting comment and further information from the Border Patrol. 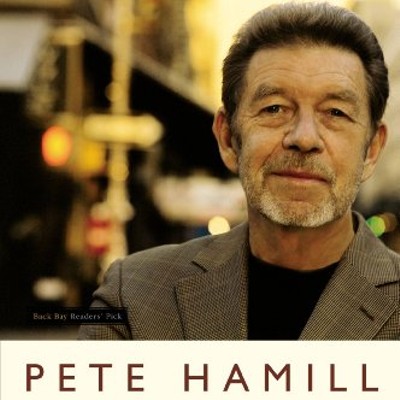 RIP, Newspaperman Pete Hamill: A Taste of His Work from Tom Miller's 'Revenge of the Saguaro'