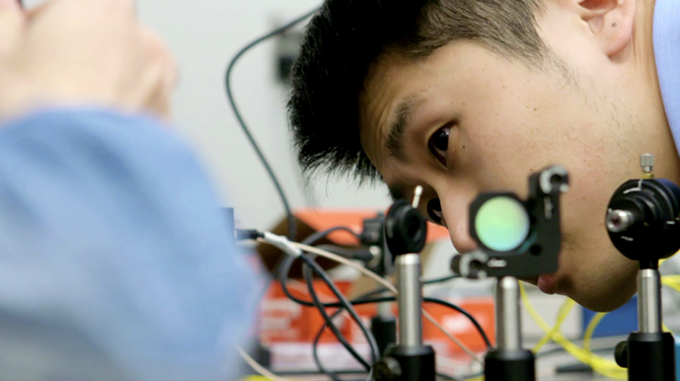 
The National Science Foundation recently awarded the University of Arizona a $26 million grant to establish and lead the Center for Quantum Networks. CQN will be an engineering research center of the National Science Foundation and aims to lay the foundations of the quantum internet by “creating a fabric to connect quantum computers, data centers and gadgets” with qubits (or quantum bits).

Whereas typical computer bits operate on a binary system – being either a 0 or a 1 – qubits are able to enter a superposition of both values at the same time, similar to a coin spinning rather than landing on heads or tails. This ability makes quantum computers far more powerful, and is expected to “revolutionize how humankind computes, communicates and senses the world.”

The CQN director will be UA associate professor of optical sciences Saikat Guha, who will work with researchers from UA’s College of Engineering, College of Law, and College of Social and Behavioral Sciences. According to the University, a major focus of the CQN team will be researching quantum materials and devices, quantum and classical processing required at a network node, and quantum network protocols and architectures.

"The transformation of today's internet through quantum technology will spur entirely new tech industries and create an innovation ecosystem of quantum devices and components, service providers, and applications. The potential impact of CQN is so immense, it is almost incalculable," Guha says.
CQN also aims to demonstrate the first U.S.-based quantum network that can distribute quantum information at high speeds, over long distances, to multiple user groups. CQN partners include Harvard University, the Massachusetts Institute of Technology, and Yale University.