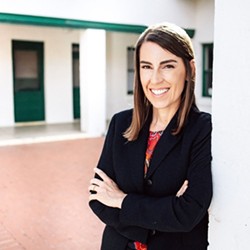 Conover had 57 percent of the vote when the batch of ballots was released today.

Jonathan Mosher, a prosecutor in the office who had LaWall’s endorsement, won 37 percent of the vote.

He conceded the race via email just before 10 p.m.

“Tonight, the voters of Pima County have spoken," Mother said. "I congratulate Laura Conover and her supporters, and give my sincere thanks to everyone who worked so hard to bring our campaign of meaningful reform to the people. It has been an honor to serve the families of Pima County.”

Coming in third place was Mark Diebolt, who has had a long career as a prosecutor in LaWall’s office.

In the Democratic primary for Pima County Sheriff, Chris Nanos, who was appointed the seat in 2015 but lost it after a procurement scandal erupted on his watch, had captured 65 percent of the vote against Deputy Kevin Kubitskey, a union leader whose campaign erupted in scandal in July after his daughter accused him of abusing her. Kubitsky had 35 percent of the vote.

The winner of the race will face Republican Mark Napier, who managed to win heavily Democratic Pima County four years ago against Nanos.

In the race between two Democrats who are seeking to replace the retiring F. Ann Rodriguez as Pima County's chief keeper of records, Gabriella Cázares-Kelly, an organizer with Indivisible Tohono, had won 62 percent of the vote. Kim Challender, who has worked as Rodriguez’s chief deputy, has 38 percent of the vote.

The winner of the Democratic primary will face Republican Benny White, a longtime GOP activist who has served on the county's Election Integrity Committee.

In the race to replace the retiring Assessor Bill Staples, Suzanne Drobie had 58 percent of the vote, compared to 23 percent for Brian Johnson and 19 percent for Dustin Walters.

These early returns represent the early ballots that were tabulated as of today. Throughout the evening, we’ll update as today’s ballots are tabulated. More results are expected in the coming days as the Pima County Recorder’s Office validates more early ballots. 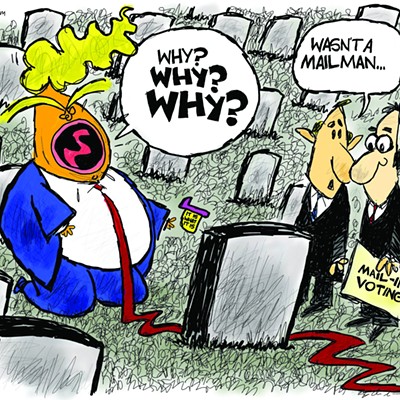