Now Stream This: The Muppets are Back—AGAIN!


The umpteenth incarnation of the Muppets proves to be a good one, with Kermit and pals assimilating into the world of Zoom and cooking competition shows.

The premise is simple: Kermit now presides over a different kind of show, one in which he remains the emcee, and Scooter continues as a stage manager of sorts. But this time Kermit is hosting things on a Zoom-like meeting, while Scooter labors away trying to upload show elements on time and to the satisfaction of Miss Piggy, Gonzo, etc.


Does it sound trite and unoriginal? It might sound that way, but the writing and flow of the show turn out to be a perfect fit for Muppet sensibilities. I’m four episodes in (the show is being released to the public in weekly installments) and they get progressively funnier. Frequent human guests, such as Linda Cardellini and Taye Diggs, are fun, but they never overshadow the puppet horseplay.

Miss Piggy gets a fashion show called Life Stye, the name of which makes her very angry for obvious reasons. The best segments involve the return of the Swedish Chef in a cooking competition that often involves his cheating and refusal to tip delivery drivers (The Chef is pure insane in the new show). Scientist Bunsen Honeydew has obtained a sadist edge in his want for destroying things, while assistant Beaker remains petrified.

The show pops with an energy reminiscent of the best in Muppets' history. Rather than feeling like a show trying to shoehorn the Muppets into a new format and entertainment age, the show feels natural, as if the Muppets have always been around despite the frequent hiatus periods. This will equally appeal to younger fans and heritage fans alike.

Muppets Now is streaming on Disney + 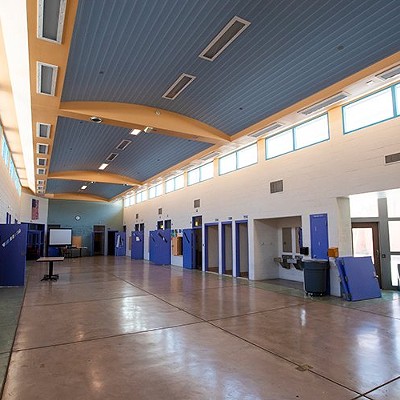