What Coronavirus Job Losses Reveal About Racism in America

The economic and health crisis brought on by the pandemic has struck Black Americans especially hard: from their prevalence among workers in essential high-risk fields, to their disproportionate share of deaths, to extensive job losses. But the racial disparities didn’t begin with the virus. National unemployment numbers that now seem unprecedented for workers as a whole have been a daily reality for many Black communities for decades. See how different groups have experienced unemployment in the graphics below. (For the full interactive graphic, click here.) 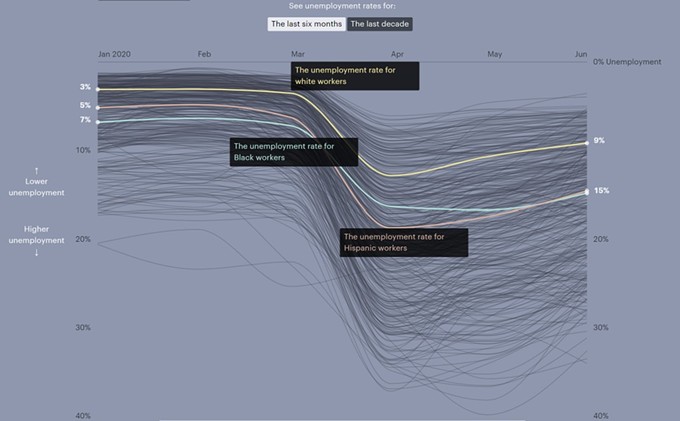 The devastating job losses of the past few months have affected all groups of Americans. But Black, Hispanic and other workers of color have seen especially steep declines.

Part of the reason for this disparity is that many workers of color, especially Black workers, didn’t come into the crisis on equal footing. At the beginning of 2020, when the U.S. was at what most would have considered peak economic prosperity, the unemployment rate for Black workers was more than double that of their white counterparts. “The classic fact about Black unemployment,” said William Darity Jr., an economist at Duke University who studies racial inequality, “is that it’s been two times the white rate since we started measuring it.” 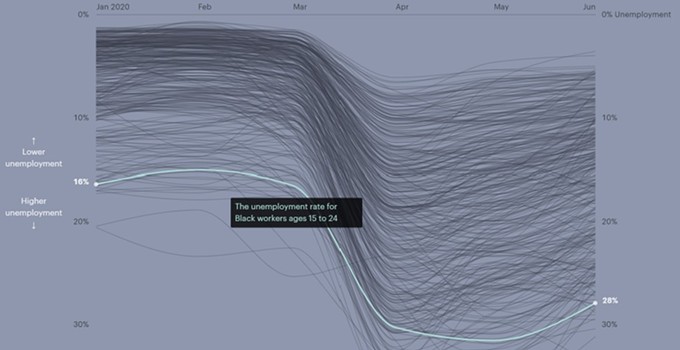 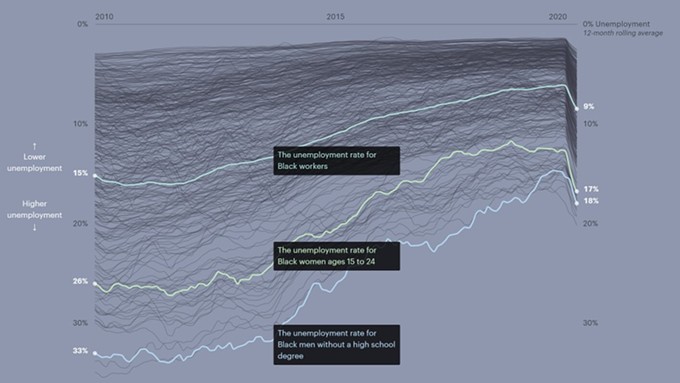 If we zoom out to the past decade, we see that Black Americans have faced unemployment levels for years that would be considered an economic catastrophe if they were the national average. “The Black unemployment rate is always ridiculously high, but we don’t treat it like a crisis,” said Jessica Fulton, vice president of the Joint Center for Political and Economic Studies. 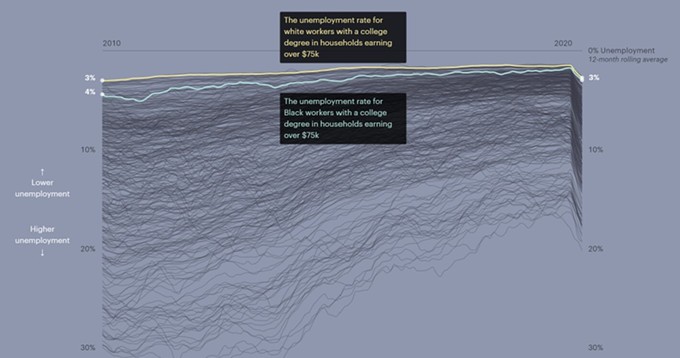 Some groups of Americans, such as college graduates in wealthy households, have been relatively insulated from economic swings and have had some of the lowest levels of unemployment for the past decade. But even in these groups, the Black-white gap persists. 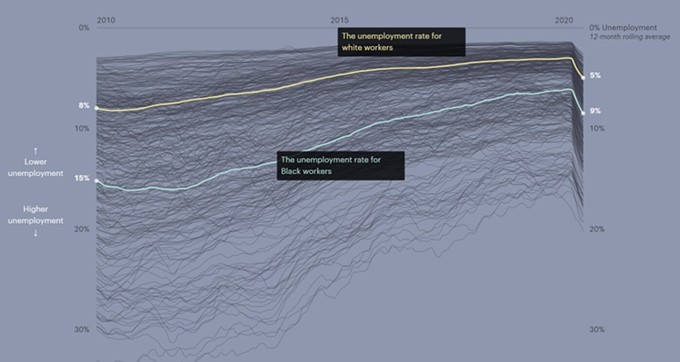 Researchers say there is only one plausible explanation for this persistent disparity. “It’s racial discrimination,” said Valerie Wilson, director of the Economic Policy Institute’s Program on Race, Ethnicity and the Economy. “We see [the disparity] at different age cohorts, we see it all across the country, we see it at every level of education.” 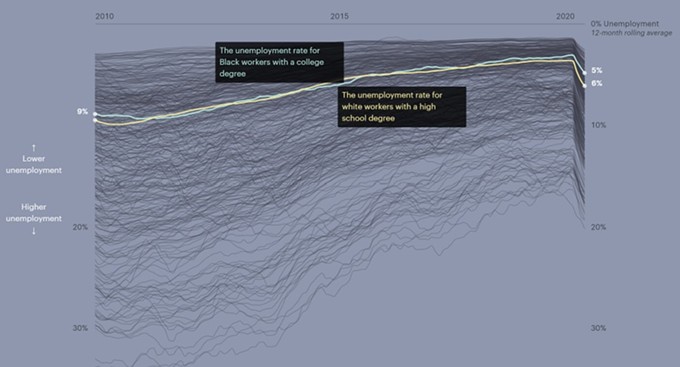 And while education is often touted as the great equalizer, it doesn’t actually deliver on that promise for Black people. Black workers with a college degree are employed at about the same rate as white workers with just a high school degree. 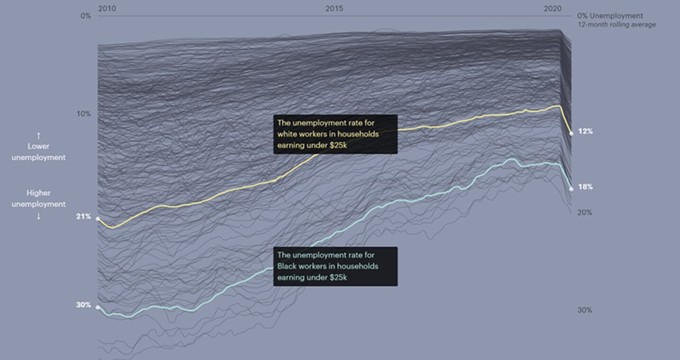 Income also doesn’t explain away the disparity. Black workers and white workers with the same average household incomes see a consistent gap in unemployment. The gap is smaller at higher incomes, but it doesn’t go away.

Explore the chart yourself to see how different groups experience unemployment in this country. 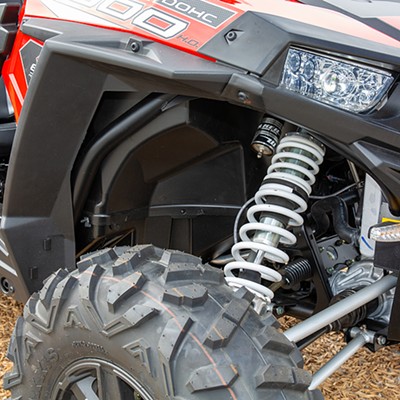