BigStock
PHOENIX – Gov. Doug Ducey extended the state’s eviction moratorium and announced an additional $5 million for renters and measures to prevent foreclosure as the state continues to grapple with unemployment and housing problems caused by COVID-19.

“Today’s plan protects families and individuals impacted by COVID-19 while empowering them to keep making rent payments,” Ducey told a news conference Thursday. “We’ll continue working with our partners at the county and local levels to make resources and assistance available for all those impacted by COVID-19.”

Housing advocates this week had raised the alarm that with the moratorium slated to end July 25, many Arizonans were in danger of losing housing or facing hardship, the Arizona Daily Star reported.

The second-term Republican governor voiced optimism about the latest numbers in Arizona, stating that the percentage of positive tests is trending downward.

“Much of this gives us reason to be very cautious, but to have some hope and optimism about what is possible in the very near future in the state of Arizona,” he said.

Ducey also said he will speak to school officials and make an announcement next week about reopening plans, working in tandem with State Superintendent of Public Instruction Kathy Hoffman. Hoffman this week told Cronkite News that the proposed Aug. 17 start date may not be realistic.

“Arizona will be open for learning,” Ducey said, “we’ve put a date out there about five weeks away,” He added that he will do his “best to provide the most positive educational year.”

Ducey also stated he would feel comfortable sending his children back to school in August, as did Dr. Cara Christ, director of the Arizona Department of Health Services.

“Kids are at low risk of transmission and outcomes … I have noticed other detrimental impacts from my kids not being in school,” Christ said at the news conference.

Ducey also announced free cloth masks for medically vulnerable Arizonans and those 65 or older, available through azhealth.gov/ordermasks. Further details were not immediately available.

As of July 16, the Arizona Department of Health Services reported a total of 134,613 cases of COVID-19 and 2,492 total deaths in the state. It said 951,809 tests have been completed in public and private labs in Arizona, and 12.1% have come back positive for the virus that causes the disease.

UArizona cuts staff amid fear of low enrollments
The University of Arizona laid off more than 250 employees, with plans to furlough more in August, The Arizona Republic reported. Financial strain from the pandemic led school officials to announce plans for furloughs back in April. Of those laid off, 151 did not have their contracts renewed at the end of June, a large increase not seen in previous years. Northern Arizona University also recently laid off 10% of its staff members to adjust for an expected drop in enrollment.

Phoenix enlists librarians to help staff COVID testing sites
More than 100 Phoenix librarians and other nonmedical staff will help at federal COVID-19 testing sites for the next couple of weeks, The Arizona Republic reported. Their duties during the four-hour shifts will range from providing security to handing out water, it said.

Navajo Nation extends weekend curfew into early August
Navajo President Jonathan Nez on Thursday said the tribe’s 57-hour weekend curfews will continue into August. “We don’t see any changes, or even decline, in some of these major cities and communities in and around us,” Nez said in a Facebook Live town hall.

On Wednesday, Nez announced on Twitter that an additional 80 cases and four deaths have been confirmed on the reservation, bringing the total of positive cases to 8,370 and the number of deaths to 405. The Navajo Department of Health said more than 69,000 people have been tested. Of those who contracted COVID-19, more than 6,000 have recovered.

Arizona’s curve could be flattening, researcher says
After making global headlines last week as the top global hot spot for COVID-19, Arizona could be making some progress, according to Joshua LaBaer, executive director of Arizona State University’s Biodesign Institute. LaBaer told Cronkite News that the state’s new-case curve seemed to be flattening, as it reached 130,000 total cases Wednesday. He also mentioned the apparent success of newly released saliva tests, the product of a partnership between the state and researchers at ASU. LaBaer’s goal is to make the saliva tests more common, as they now only are available two days a week by appointment. 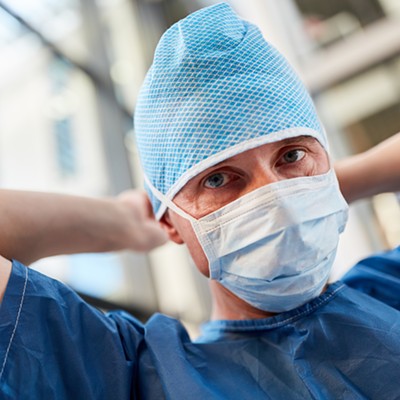 Out of View: After Public Outcry, CDC Adds Hospital Data Back to Its Website — for Now