NEW AD: With tens of thousands of older Americans dead thanks to his disastrous coronavirus response, Trump is throwing America to the wolves. pic.twitter.com/L9o8o20Ayz

In yet another sign that Arizona is in play in this year's presidential race (as in the U.S. Senate race between appointed Republican Sen. Martha McSally and Democrat Mark Kelly), the Democratic National Committee is launching a new ad on Tucson airwaves.

The ad, "Wolves," criticizes President Donald Trump's response to the COVID-19 outbreak, with a particular focus on the impact on seniors.

“America’s seniors raised us," DNC Chair Tom Perez said in a prepared statement. "They fought for our country, and they worked to build us a better future. But when experts warned that coronavirus would hit older Arizonans hard, Trump refused to listen. He didn’t care — in fact, he pushed to open our country without the necessary safety measures, jeopardizing their health, because he thought it would help his reelection."

The Tucson run is part of a six-figure DNC buy across battleground states with additional national placement.

Now, in 2020, Joe Biden looks like he has a chance to actually win Arizona’s 11 electoral votes. As of June 29, Biden led Trump by 4.7 points in our Arizona polling average. And it looks like Democrats could flip another Senate seat here too, as Democrat Mark Kelly leads Republican Sen. Martha McSally by double digits in numerous polls.

Much of that is because of an extremely pro-Democratic national environment; according to our polling averages, Arizona is still a bit more Republican-leaning than the nation as a whole (4.6 points more Republican-leaning, to be precise). But if the final election results were to exactly match our current polling averages, it would still represent the third consecutive presidential election where Arizona has moved left.

So what’s driving this shift?

Part of it is the same reason people have been predicting a blue Arizona for years: Latino voters. Along with the state’s small Black and Native American populations, Latinos constitute the Democratic base in Arizona. In 2016, a precinct-level regression analysis estimated that Clinton won more than 80 percent of the Latino vote in Arizona. And according to an analysis from the Center for American Progress, the share of eligible Latinos who voted also increased from 37 percent in 2012 to 42 percent in 2016. 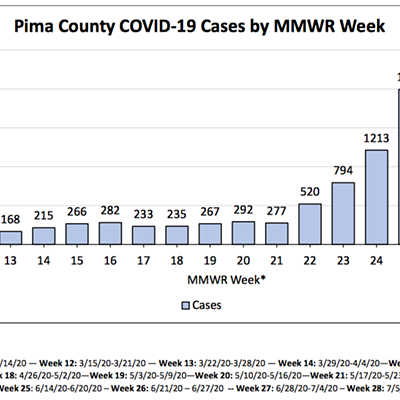