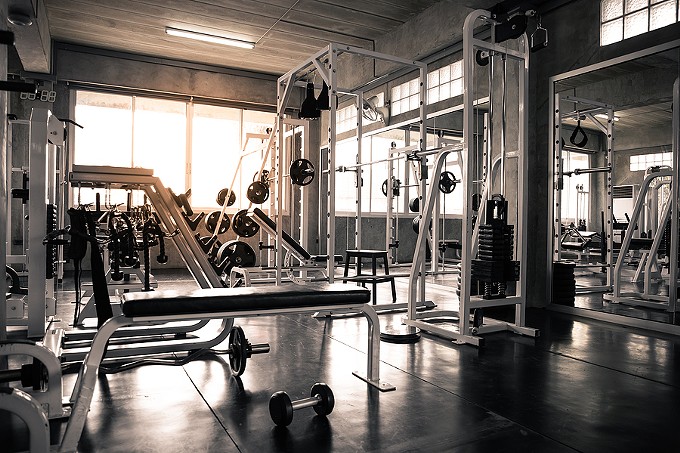 PHOENIX – The news that gyms would be shut down as part of Gov. Doug Ducey’s latest executive order to slow the spread of COVID-19 has blindsided those who work in the fitness industry.

“We had just been getting things going,” said Maddi Briguglio, a personal trainer at Jab Fitness in Tempe. “Clients had just been getting into their routines, trying to adjust to the new changes of the maximum people and wearing masks and those types of things. Then you find out five hours ahead of time that you can’t do all the things you just changed to adjust to be able to do.”

Ducey’s announcement Monday closing gyms, bars, water parks and movie theaters came at 3 p.m. – and was to take effect at 8.

It was Ducey’s second shutdown order since March.

Mountainside Fitness responded with founder and CEO Tom Hatten filing a lawsuit against the governor and opting to keep doors open at all locations. As a result, the gym was cited Tuesday and the Scottsdale location’s chief operating officer was cited with a class one misdemeanor, reports NBC 12 News.

“This could be any business, anytime, anywhere,” Hatten said in a press conference. “I challenge anybody at this point to walk over to Home Depot, go to a casino, go to a liquor store or to a restaurant to have dinner. Let’s all wait for that decision.”

Larger gyms such as Mountainside Fitness have the funding and resources necessary to fight to keep their doors open. The company ranked No. 31 on Club Industry’s Top 100 Health Clubs of 2019 list with $45 million in reported 2018 revenue.

Whether or not gyms have a direct correlation to the spread of the coronavirus is an ongoing discussion.

“Yeah, I think there’s other variables,” said Dr. Grant Padley, orthopedic surgeon specializing in sports medicine for TOCA at Banner Health. “I mean, that’s the problem with the asymptomatic carrier is we don’t know where it’s coming from or who had it. So, I don’t think there’s any direct correlation with training per se. However, if you do have positive people and positive athletes, and they continue to train in close proximity to others, that’s simply not wise.”

Those who have been hit the hardest by Ducey’s executive order are smaller, boutique-style gyms.

“I just think the tide is greater than us trying to stay open as a business,” said Michael Costa, co-owner of Burn Total Body Conditioning in Scottsdale. “I’m not saying we acquiesce to the fact that we may or may not be able to survive coming out of this again because of all that has changed so much. It makes sense to have a broader statewide shutdown.”

Costa said Burn was doing all the right things before the second shutdown, which is part of why he has been left feeling so confused.

“Absent a shutdown, I don’t know what necessarily our small business is different from others,” Costa said. “I don’t think we were even challenged to socially distance. I mean, it was pretty easy. CDC guidelines: done. Social distancing: done. We’re appointment based only and we spread the time in between classes. Everyone was very much staying in their lane. To have this order with us in it was a little shocking.”

Like many others, Costa has had to freeze all memberships to his gym. He said his clients felt safe at his gym and are now disappointed. They found refuge and solace in being able to work out during this time. Reopening when Ducey’s executive order is lifted is just not certain right now.

“The emotional drain of being a small business owner, and I’m not saying my situation is any different,” Costa said. “Just trying to figure it out with rent, landlord, it’s just been crazy. It’s just so much emotion. It took eight weeks to get over and we were just starting to kind of recalibrate.”

“This is my only source of income,” said Terrence Mielus, a lead personal trainer at EōS Fitness in Phoenix. “It is literally pulling the rug right out from under me. I can’t train clients or make money. It’s just simple as that. It’s like a mechanic not having cars to work on. Long story short, this job feels very volatile.”

Mielus added that he is not frustrated with EōS but with the way things have unfolded in the state.

Personal trainers are often independent contractors. They use a gym’s space and pay them in order to use it. Without gyms being open, some are searching for other options for work.

“The biggest thing was honestly just looking for ‘Plan B,’” Mielus said. “It’s a lot of uncertainty and a lot of questions for sure. Right now, we’re just going to wait and see how these 30 days go.

“If I get word that we’ll be closed for longer, I might have to find another option. It could be something completely random like driving for Lyft or working at a grocery store. Anything that will keep me financially stable.”

Briguglio says she is fortunate to have a separate source of income, so she has taken to organizing affordable virtual workouts or meet-ups at a park for her clients. She does admit it takes a bit more effort to stay employed as a personal trainer during these times.

“I’m just passionate about sharing fitness and healthy lifestyle with other people,” Briguglio said. “I started posting about it a lot more because I do worry about people in these times. I worry about them physically because it’s more challenging to get out and get moving. Everyone has to be more creative on their own and take more initiative which I know can be tough.”

Ducey’s executive order has thrown the gym industry into a frenzy and it is difficult to know if the hiatus will last longer than the initial 30 days. Both Mielus and Briguglio agree that fitness during this time, no matter the restriction, is important.

“This is a virus and a pandemic,” Briguglio said. “We want to all be as healthy as we can be physically to help fight that.”

“Fitness is important,” Mielus said. “That’s the best immunity booster: taking care of your health, simple as that.”

UA Compares the Best (and Worst) Material for COVID Masks 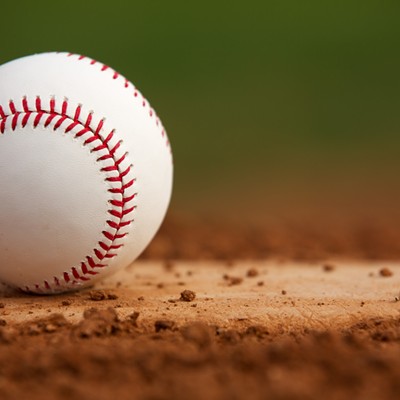