Why Isn't Martha McSally Outraged Over the Russian Bounty Scandal?

I deployed to Afghanistan in 2012 as a Civil Affairs Team Leader in Mazer-e Sharif. I patrolled the rural Afghan villages of Chimtal and Chahar Bolak, leading reconstruction projects in these communities during a time I thought was the twilight of the war. I was wrong about the war coming to an end, now an ongoing two-decade conflict and by far the longest in U.S. history. 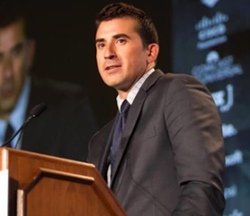 Aaron Marquez
I returned to Afghanistan in 2016, this time as the commander of a small detachment of Army Reserve Soldiers from Arizona conducting intelligence operations in support of counter-terrorism operations throughout the country.

When the New York Times reported that Russia was paying Taliban fighters to kill American soldiers I was not surprised. Sadly, I was also not surprised to learn that President Trump and the White House’s National Security Council have done nothing in response.

Russia is our adversary, virtually every elected member of Congress agrees on that. We can’t trust them, and we know they want to undermine our democracy. That’s why Congress sanctioned Russia for meddling in the 2016 election.

Congress, in the House and the Senate, needs to conduct a full investigation to understand the breakdowns at the highest level of our government that have failed to protect American troops serving overseas.

Martha McSally, a fellow veteran who was appointed to the late John McCain’s U.S. Senate seat, was asked about the New York Times report earlier this week, and her response was shocking and offensive.

McSally told the Arizona Republic “ I’m just concerned about the leaking here and the politicization of it.”

The leaking? The politicization?

Senator McSally, how about you show some concern for your brothers and sisters in combat who are putting their lives on the line to create a safer world? How about you show some anger over a president and an administration who will turn a blind eye to naked aggression from a nation you yourself have called one of America’s top adversaries? How about you recognize that as a U.S. Senator you have the power to do something about it? Stand up to the President and call for the Senate investigation.

As someone trained in the collection, analysis, and reporting of intelligence I know what goes into corroborating information before briefing a commander. To make it into the president's daily brief, information must be deemed urgent and credible. The Commander in Chief and his National Security Council had this information and took no action.

I’m disappointed that Martha McSally is putting her political allies above the safety of American troops—the men and women that she served with. She should spend her Fourth of July weekend thinking about why she wants to serve Arizonans in the first place, what it means to defend democracy, and her oath to defend the Constitution against all foreign enemies.

Aaron Marquez is a member of the Individual Ready Reserve. The views expressed here are those of him only and not those of the Department of Defense.

On the Next July 4, Let's Make Sure We Still Have the Country our Founders Entrusted to Us 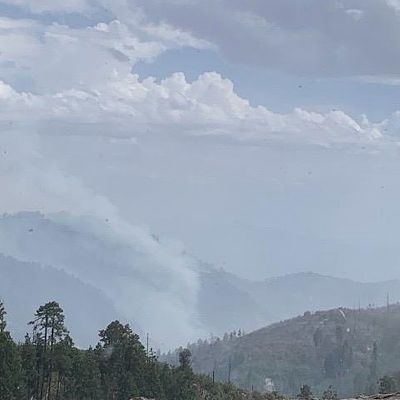