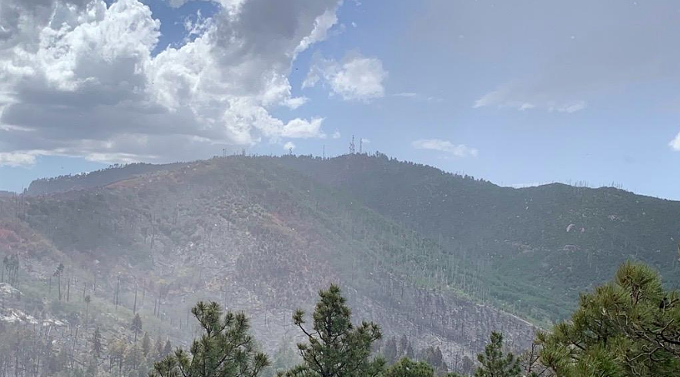 
The monsoon may be the next major player in the Bighorn Fire story. The 118,000-acre fire is now more than half contained after burning across the Catalina Mountains for nearly a month. With the fire at 58 percent containment, firefighter presence around the burn area is reducing. Roughly 800 personnel are now working to suppress the fire, down from a high of nearly 1,000 personnel last week.

But the biggest change is the weather: After weeks of 100-plus temperatures and strong winds, the Tucson area welcomed July 1 rain yesterday, and more is anticipated today. However, that may not be entirely good news for firefighters, as a flash flood watch is in effect for areas of the Bighorn Fire.

According to the National Forest Service, scattered thunderstorms are expected during the afternoon with a risk for rain heavy enough for flooding or debris flow off the burn scar. There is also a threat for strong and erratic winds and lightning.


"We have a prediction for some storms this afternoon," said incident commander Aaron Thompson. "Any storm that comes over the fire area and poses a rain threat also poses a chance for a flash flood. So our firefighters are out there today trying to get some good work done this morning before the storms come in today."


The Bighorn Fire's growth has been minimal over the last 24 hours due to increased humidity and light rains over the fire area.


Click here for a map of evacuation orders around the Bighorn Fire.

‘Help is on the way’: Pence makes house call to Arizona amid COVID-19 surge

He Built a Privately Funded Border Wall. It’s Already at Risk of Falling Down if Not Fixed. 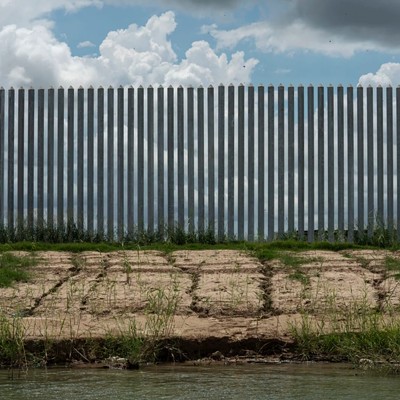