In response to demands from a coalition of more than 1,400 faculty, staff and students at the University of Arizona, President Dr. Robert Robbins announced via email that he would halt their planned furloughs until August.


“I have decided the best way forward is to delay the implementation of the university’s furlough and furlough-based salary programs from July 1 to August 10, 2020,” Robbins wrote. "While this move will cost the university approximately $4 million, it will allow us to come together and have meaningful and transparent discussions regarding the tradeoffs we must consider for all faculty and staff who will be impacted."


In April, the university administration announced their plans to mitigate the financial impacts of the COVID-19 pandemic. This included a hiring freeze, delays in merit-based pay increases, executive pay cuts, a halt to new building projects and furloughs and pay cuts on a graduated scale to faculty and staff scheduled to begin May 11.


But before the furloughs took effect, Robbins announced in mid-May that the university would modify and delay the plan to July 1. The changes included an additional of “personal flex time” for employees earning $44,500, which is additional paid time off from work equalling the number of days they are furloughed. Administrators earning $300,000 or more will not receive this type of benefit.


The university also asked the Arizona Board of Regents to increase the maximum amount of vacation leave hours that are transferable from one year to the next.


The Coalition for Academic Justice at UArizona believes Robbins and other top-level administrators have not considered or included input from the majority of their faculty, students and staff when making these important decisions.

They also take issue with the university’s plan to reopen the campus in the fall, since COVID-19 cases are surging across the state.


In a vote including 1,462 out of 3,513 eligible faculty members, nearly 90 percent indicated that they are in favor of delaying the furlough and pay cut plans.


“The UA administration’s furlough plan, set to begin on July 1, the most severe, requiring far deeper pay cuts than those at peer institutions,” the coalition wrote on Facebook. “Members of the Coalition for Academic Justice ask the administration to acknowledge this historic vote and enter into a shared governance process that leads to a plan that minimizes harm to the most vulnerable employees at the university.”

The coalition also polled more than 1,200 faculty, staff and graduate students, which indicated that the majority are uncomfortable about returning to campus in the fall.


Bunsis reported that UA could use its “$806 million in unrestricted reserves” to stay afloat financially without decreasing the pay of its employees.

But Robbins seems to be convinced that the university cannot survive the economic downturn without furloughs and pay cuts.

"We cannot hope away COVID-19 and its financially devastating effects," Robbins wrote in his email to faculty and staff. "We need to protect all of our colleagues as much as possible by sharing this burden now. However, we cannot recover additional losses if the Furlough and Furlough-based Salary Programs do not advance. Our financial challenges remain severe, and with the resurgence of COVID-19 cases in Arizona and nationwide, we must plan for ongoing adjustments to university operations." 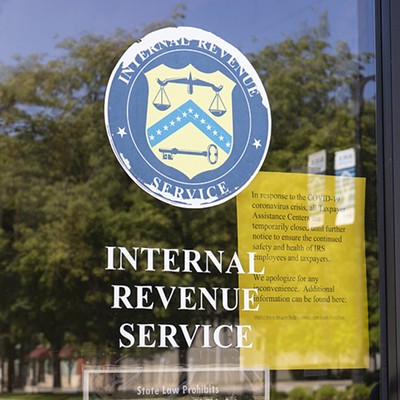 Has the IRS Hit Bottom?

COVID-19 in Arizona: Navajo will not ease restrictions, despite improving numbers