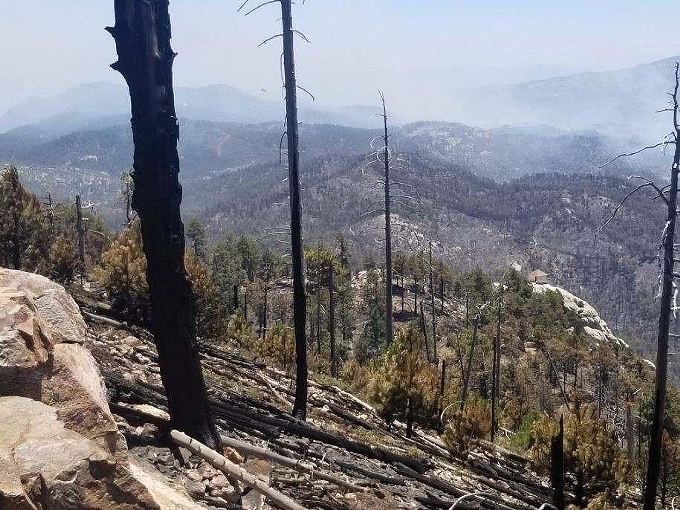 National Forest Service
During their July 1 morning update, fire crews announced that the Bighorn Fire, which for weeks has burned across the Santa Catalina Mountains, is more than 50 percent contained. The wildfire has spread rapidly throughout the mountains north and east of Tucson due to strong winds and high temperatures, burning nearly 120,000 acres.


More than 900 fire personnel are currently assigned to the fire, which is now 54 percent contained.


"Out on the eastern edge is where we were getting challenges the last couple of days with the winds pushing the fire hard," said Mike Goicoechea, an incident commander on the fire. "It would hook out and make runs to the east. They were able to hold it up yesterday on Redington Road, and do some firing operations to give them a little buffer in the event any other fingers started to make a run with the wind."


Goicoechea says the western flank of the fire near Oro Valley is in good shape. Although a small bit of fire remains on those western flanks, fire crews are not concerned with actively combating the line and expect the western fire to burn itself out.

Fire crews are also maintaining a presence around the community of Summerhaven on top of Mount Lemmon, which has yet to lose any homes to the fire.