Courtesy of sanpedrorivvervalley.org
A portion of the San Pedro River Valley.
PHOENIX – The Verde and the San Pedro rivers are the subject of lawsuits filed by the Center for Biological Diversity, the Sierra Club and other conservation groups. In Part 1 of this series, Cronkite News explored the impact cattle have had on the Verde River. For the final installment, Cronkite News looks at the health of the San Pedro, one of the few undammed rivers in the Southwest.

Part 2: The San Pedro
The first time Sandy Bahr saw the San Pedro River, she thought someone had gotten the name wrong.

“I thought, ‘Well, that’s not a river,’” said Bahr, who came to Arizona from Michigan about 30 years ago. “That’s like more of a little creek.”

It didn’t take long for Bahr to realize the importance this desert stream holds for the state.

“For me, personally, it represents just how precious water is in a dry place like Arizona, and just how much life it supports,” she said.

Now, in her capacity as director of the Sierra Club’s Grand Canyon Chapter, she’s fighting to save it. The Sierra Club announced March 30 it is joining the Center for Biological Diversity and other conservation groups in two lawsuits to protect the river, which flows 140 miles north from Mexico before emptying into the Gila River near Winkelman.

One suit, against the Army and the U.S. Fish and Wildlife Service, challenges a 2014 decision authorizing groundwater pumping to serve military operations near Fort Huachuca, which lies west of the river. The other, against the Bureau of Land Management, challenges livestock grazing along the river, which supports habitat that’s vital to migratory birds and other animals.

According to the Audubon Society, nearly 45% of the 900 species of birds in North America use the San Pedro at some point in their lives. The American Bird Conservancy in 1995 recognized the San Pedro as its first “globally important bird area” in the United States, dubbing it the “largest and best example of riparian woodland remaining” in the Southwest. In addition, the Nature Conservancy says, the river basin is home to 84 species of mammals – including Mexican gray wolves, jaguars and black bears – 14 species of fish and 41 species of reptiles and amphibians.

Livestock grazing
A teacher’s salary usually isn’t enough to buy a ranch, but the land Mike Hayhurst found in Cochise County was special.

“A school teacher could buy it because it was so destroyed. This place was just totally overgrazed, rundown, destroyed,” said Hayhurst, who was a high school science teacher and football coach in Benson, Marana and Tombstone. “I bought it, and it’s taken us forever to bring it back to a reasonable condition.”

At 78, Hayhurst has done a great deal to improve his Brookline Ranch in the 35 years he’s lived on the land – and one of the biggest improvements has been the use of rotational grazing techniques.

“I graze the riparian only when it’s cool because cows are like people,” said Hayhurst, whose 15,000-acre ranch is bisected by the Babocomari River, a tributary of the San Pedro. “When it gets hot, they go down and sit under the trees and stream. When it’s cool down there, they’ll chop a lot of things down and they’ll eat everything that’s right there. But when it’s cold here, they’ll go up on the hills, and they won’t go down to the stream.”

Hayhurst’s techniques exemplify responsible cattle management, something the Center for Biological Diversity says is lacking in the area. That’s why the organization, in a bid to safeguard the San Pedro Riparian National Conservation Area, is challenging the Bureau of Land Management’s handling of livestock grazing.

“The Bureau of Land Management’s 2019 plan for the conservation area sanctioned destructive levels of livestock grazing on protected lands, putting the area’s remarkable ecosystem at risk,” the center stated in a press release.

The San Pedro has bounced back from threats before. Bahr described how the area recovered after livestock grazing was prohibited in the conservation area under the 1989 San Pedro River Riparian Management Plan.

“Once the livestock were out of the river, the riparian vegetation just took off,” Bahr said. “We saw cottonwoods and willows and, you know, these very lush mesquite scales.”

The riparian plan was in effect for 15 years. Since 2004, the BLM has increased the amount of grazing allowed, mainly citing the growing population of Sierra Vista and Fort Huachuca as a reason for the change.

In July 2019, the BLM approved the most recent management plan, which now is at the center of the lawsuit.

“The approved (plan) allowed for grazing to occur on the four existing grazing allotments (7,030 acres) and established a process to ensure that the BLM manages livestock grazing in a manner consistent with the resource objectives to ensure that it is compatible with the protection of the conservation values for which the area was designated,” the BLM wrote as part of an email.

Holly Richter, a hydrologist with the Nature Conservancy, attributes the difficulties of proper management to the dimensions of the conservation area, which protects 47 miles of the San Pedro starting at the U.S.-Mexico border.

“I think the trespass-cattle use within the National Conservation Area has been very challenging for BLM to manage because the intrinsic shape of the conservation area is very long and skinny,” Richter said. “You have to have fences that go across all of these tributaries along this river corridor that are frequently washed out.”

Hayhurst has his own theories concerning cattle mismanagement. There are two kinds of ranchers in the world, he said.

“One of the biggest threats to it (the river) is groundwater pumping,” Bahr said. “Sections of the river that were once perennial, meaning they flowed year-round, are no longer flowing year-round. They’re drying up during some parts of the year, and we started to see that trend about 10 years ago.”

“Every single gallon that we’ve pumped since the 1940s is one less gallon that remains in the (San Pedro) aquifer and its storage, and that’s a cumulative removal from storage over time,” Richter said. “Many of those impacts haven’t even reached the river yet.”

Mark Larson, the president of the Maricopa Audubon Society, is one of the organizations partnering with the Center for Biological Diversity in the groundwater lawsuit. He points to the extreme diversity of the region, including the mountains, the desert and the river area, making the area a key habitat for birds.

“It’s a remarkable part of the country where we get some species of birds from Mexico because they don’t respect political boundaries like the U.S.-Mexico border,” Larson said. “So that part of Arizona is a real key environmentally important and sensitive part of Arizona.”

Larson said the key to protecting the San Pedro River is to stop overdrafting the aquifer.

“If you draw down the water table too much, everything growing on the surface of your river dies. That’s what’s happening in the San Pedro,” he said.

Larson also points to housing developments being approved in the area, such as in the nearby city of Sierra Vista.

In a press release, the Center for Biological Diversity wrote it’s challenging the U.S. Fish and Wildlife Service’s failure to account for a nearly 62% increase in groundwater pumping attributable to the fort, which was established in 1877.

A spokeswoman for the Fish and Wildlife Service said the agency works with partners to deliver the best conservation practices on critical waters that provide habitat and resources to threatened and endangered species.

Richter, in her capacity with the Nature Conservancy, is one representative currently working on conservation projects. She said the smartest course of action is to implement near stream-recharge projects, which put water directly back into the ecosystem. Fort Huachuca has helped the Nature Conservancy with conservation efforts by helping to acquire land for the conservancy to use for such projects.

“That will enable the health of the river to be the best that it can by the year 2075,” Richter said. “If we can get the funding and the resources and capacity to actually build the additional projects that are needed, and that’s what we’re trying to do today.”

“You’re always going to have more you can conserve, but there’s going to be someone else who will come in and say, ‘I want to use that water,’” she said. “The way to solve these problems is to look at who has the right to the water and then work to develop management plans that work for the various (groups) to satisfy people’s rights to water, but also hopefully satisfy other desires that people have.”

Porter said the legal process will help to solve disputes over who has what rights to water.

“A huge problem in Arizona is that we haven’t finally adjudicated,” Porter said. “We’re still in this highly complex legal process to figure out who has the rights to what water and how much. Who’s senior, who’s junior … the key to clarity and victory is completing the adjudication without question.”

Although steps are being taken, Robin Silver, the co-founder of the Center for Biological Diversity, said it all comes down to population.

“The only way to save the San Pedro from ground pumping is to limit the number of people at Fort Huachuca,” he said, where up to 18,000 people work during peak operations.

For Silver and his conservation partners, this means living within the allotted water budget, one that includes water for the river.

One thing Richter and Silver agree on is the need for this river to be saved for generations to come.

“We have no choice but to save the San Pedro,” Richter said. “I mean, this is the last best example, this kind of a desert river. If there’s any place that can make it happen in terms of a successful long term water management vision, I have to think it’s the San Pedro, and I’m going to keep thinking that.” 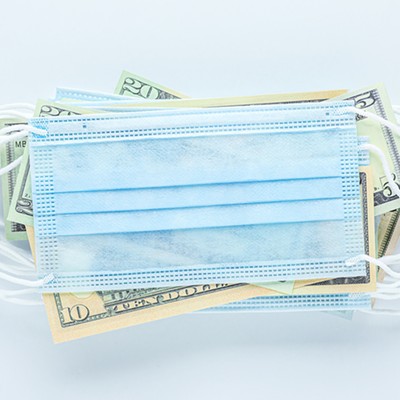 No, President Trump, Testing Is Not Causing Case Counts to Rise. The Virus Is Just Spreading Faster.