Romero Responds to TPD Chief's Resignation Offer: "I Do Not Believe the Chief Should Resign"; City Manager Mike Ortega Tells Magnus To Stay on the Job

Austin Counts
Tucson Police Chief Chris Magnus bows his head during a moment of silence during a vigil for George Floyd earlier this month.

Tucson Mayor Regina Romero today said she did not believe Tucson Police Chief Chris Magnus should resign following yesterday's press conference during which Magnus offered to step down following the completion of an investigation into the in-custody death of 27-year-old Carlos Adrian Ingram, who died of cardiac arrest as he was physically held down by TPD officers.


In this moment, my focus is on the fact that the life of a fellow Tucsonan, Carlos Adrian Ingram-Lopez, was needlessly lost. The Chief’s abrupt announcement at the press conference yesterday should not take away from that. I continue to extend my most sincere condolences to the family of Carlos Adrian during this incredibly difficult time for them. The best way we can honor Carlos Adrian’s memory is by coming together and taking immediate action to build a better, more just community.

By city charter, it is the City Manager’s responsibility to accept resignations or fire Department Directors. After listening to the feedback of my colleagues on the Council, I do not believe the Chief should resign.

Chief Magnus has brought forward thinking changes to TPD policies, practices and trainings, and has built strong relationships with our community since he joined the Department in 2016. Now is the time to work together and rebuild public trust in our police department by increasing transparency, ensuring accountability, and re-imagining how we provide safety to our community. I look forward to working with Chief Magnus to accomplish these reforms.


In the wake of yesterday’s news conference regarding the in-custody death of Carlos Adrian Ingram-Lopez, I spent time with Chief Magnus discussing thoughts about his offer to resign his position as the Police Chief. Based on these discussions and the strong support for Chief Magnus the majority of you have already publicly expressed, I am not accepting Chief Magnus’ offer of resignation nor am I requesting it.

I think it is also important for me to let you know that the family of Carlos Ingram-Lopez, through their attorney, has communicated to me that they did not ask for the Chief’s resignation, and they do not want him to step down or be removed as the head of TPD. Many community members and neighborhood leaders have also reached out to me to express their support for Chief Magnus and the work he has done in their neighborhoods and in our community.

As your City Manager, I have worked hard to build an executive leadership team that is innovative, progressive, and responsive to the needs of our community. They push each other and their staff to make Tucson a phenomenal place to live. Chief Magnus is an important part of that team. I look forward to the work we will do alongside you as we move forward.

The City Attorney has confirmed for me that the information he provided at yesterday’s press conference regarding the consideration of the Chief’s offer to resign was correct. Under Arizona law and the Tucson Charter, consideration and acceptance of the Chief’s offer to resign is left to me as the City Manager. Specifically, the Charter provides that the Police Chief is appointed by the City Manager, subject to the consent of the Mayor and Council; while the removal (or the reduction in rank) of the Police Chief falls to the City Manager.


Ward 4 Council member Nikki Lee said yesterday that she believed Magnus "and his leadership team are the right individuals to lead us through this tough time."

In a time when our country is mourning and angered from so many tragic losses - all while working toward meaningful reform within America’s police departments - it pains me to learn of an April in-custody death of a fellow Tucsonan. My heart goes out to his family and friends as they live through the painful grieving process. I pray for their strength as they try to heal from this incredible loss.

Out of respect for the family, I have not spoken about this incident until now. I wanted to honor the family and give them time to meet with Tucson Police Department’s (TPD) police chief, Chris Magnus, for a personal conversation and to view the body camera footage of the incident prior to the public notification. I also felt it critical to allow for formal press conferences and proper notification to the public to ensure transparency and accountability, and felt it was critical that the public is given all of the facts up-front - directly from TPD - as we experience this loss together as a community.

I was first made aware of an in-custody death by our City Attorney and Chief Magnus on June 16, 2020. Time was needed to finish the legal investigation and gather all necessary information to include in the notification to the public, including any disciplinary actions for the 3 officers involved as well as lessons learned and
recommendations for departmental improvements.

On June 22, I watched the same body camera video that has now been released to the public. It was incredibly difficult to watch, and even more difficult to listen to. In spite of the years of work that TPD has done to ensure that officers are trained and prepared to deal with the unimaginable situations that they walk into every day, it
was determined - by the TPD-initiated investigation - that the 3 officers involved in this incident violated policies and acted in a way that is inconsistent with TPD’s highest value - the sanctity of life. It was determined that excessive force was not used in this incident, however the 3 officers violated policies and have since resigned.The case will be reviewed by the Pima County Attorney’s Office.

We are in the midst of a long overdue national conversation about transparency and accountability in America’s police departments, and an even longer overdue conversation about systemic racism. Each incustody death has its own tragic story, and it’s critical that each incident be viewed through the lens of facts and context. I am committed to the values of transparency, accountability, and continuous improvement. We must swiftly act on the lessons that have been learned from this tragedy and make every change necessary to help our community heal and move forward together.

I support what Chief Magnus has done to transform the Tucson Police Department. This case shows there is more work to be done, and I believe he and his leadership team are the right individuals to lead us through this tough time.

Inside the U.S.’s Largest Maximum-Security Prison, COVID-19 Raged. Outside, Officials Called Their Fight a Success. 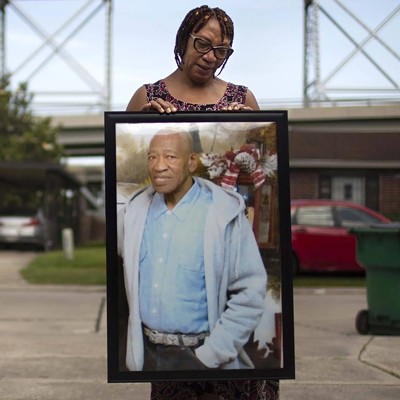