PHOENIX – President Donald Trump toured a newly finished section of border wall Tuesday in Yuma, crediting it not only for a reduction in border crossings and drugs but claiming it has helped prevent “a coronavirus catastrophe” on the southern border.

Trump, trailing a number of Republican elected officials, was in Arizona to mark the completion of the first 200 miles of the border wall that was a centerpiece of his 2016 campaign, and followed the Yuma event with a campaign-like speech in Phoenix.

“During the past two months, we’ve seen the lowest number of illegal border crossings in many years,” Trump said in Yuma. “Illegal immigration is down 84 percent from this time last year. Illegal crossings from Central America are down 97 percent.”

But Democrats were quick to criticize the visits on a day when Arizona set another record for new COVID-19 cases, adding 3,591 new cases and 42 deaths in one day.

Rep. Ruben Gallego, D-Phoenix, said that instead of his “little pep rally,” Trump should be spending his time on the coronavirus and the health and economic problems it has caused.

“You should probably stop at the Yuma Medical Center and see how many of the ICU beds there are taken by COVID patients,” Gallego said during a conference call with state and national Democrats.

“Or you should go and talk to the unemployment office to see how many people are unemployed because he mismanaged this whole situation to the point where the pandemic ended up affecting the economy,” he said.

But Trump, during a roundtable with state and federal officials before the border wall visit, only mentioned COVID-19 in the context of border security and the wall, which he said stopped COVID-19 from crossing into San Diego.

State Republicans at the event were eager to credit Trump for the wall, which they said is already a success.

“For years, Arizonans have heard empty talk about the border, and this is the first administration that has taken action,” Gov. Doug Ducey said. “So I want to say how grateful I am for the partnership with Homeland Security, your Customs and Border Protection and ICE have all been helpful.”

Rep. Debbie Lesko, R-Peoria, told Trump “the difference is so clear between what the Democrats want for the future of our nation and what you are doing to make us safe and make our country safe.”

Even as he praised the achievements, Ducey said “I know there’s more to do, because the border’s longer than 220 miles.”

Trump, who has vowed to have 450 miles of border wall completed by the end of this year, promised Tuesday that the wall “is going to be complete very soon.”

Former Vice President Joe Biden, the likely Democratic nominee to challenge Trump this fall, cited that as evidence that Trump “remains focused on his expensive, ineffective, and wasteful ‘wall’ on our Southern Border.” He called the Arizona visit a “distraction from Donald Trump’s failed response to combat the spread of COVID-19.”

“Yet once again, instead of doing the hard work needed to solve the public health and economic crises facing America, Donald Trump,” the statement read.

But Frank Sharry, executive director of America’s Voice, said in a statement Monday that the border wall merely “encapsulates why he (Trump) is such a weak and divisive leader.”

“At a time of national crisis exposing his ongoing failures, Trump heads to Arizona on a taxpayer-funded election stop to tout the ineffective and costly border wall,” Sharry’s statement said.

Sharry said he was not surprised that the president’s only mention of COVID-19 would be to blame Mexico as a source of the disease and cite the wall as an effective response.

“We doubt he’ll highlight the wall’s many failings. We doubt he’ll focus on the fact that he secured the estimated $18 billion in costs by raiding funds appropriated by Congress for military families support, FEMA relief projects, and National Guard readiness,” Sharry said.

“We do expect he will lie and say that Mexico is a source of the coronavirus and the wall is an effective response – when, in fact, America has closed its borders with Mexico and the U.S. is the undisputed world champion in deaths and infections, as the nation with the worst response to COVID-19 on the planet,” Sharry’s statement said.

How to Talk with Young Children about the George Floyd Protests 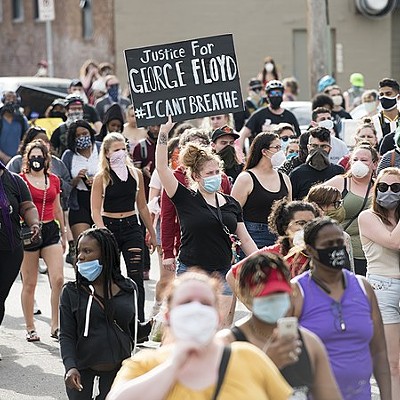