Courtesy Tucson Unified School District
PHOENIX – Guidelines for how Arizona school districts can safely reopen for the fall have been released, but at least some parents – and teachers – are questioning how safe it will be. Administrators also wonder how to pay for implementing the changes.

Ayanna Johnson, who teaches third grade at Monte Vista Elementary School in central Phoenix, said it’s not clear how her district will adopt the new guidelines released by the Arizona Department of Education on June 1.


Eric Dueppen is the chief academic officer for Creighton schools. Like most districts across Arizona, he’s weighing the district’s options.

“I anticipate probably early in July, being able to say to folks, ‘Here are the options, and here’s how you activate your choice,’” he said.

Creighton may end up letting students and parents choose from three models this fall, Dueppen said.

“Those models include a 100 percent full day reentry into physical schools, a partial in-person and a partial remote option, with a lot of detail to work out about what that would be,” he said. “The third model is a 100 percent remote learning option for families who would prefer to work … using an online platform.”

The Arizona Department of Education’s road map for reopening offers districts many possible options, including a mix of online and in person classes. Part of the framework includes social distancing, wearing face masks and screening students as they come into schools.

Gabriel Trujillo, the superintendent of the Tucson Unified School District, knows even the best guidelines can be difficult to implement. Just having a list of what schools can do is not enough, he said.

“They’re great recommendations, great messaging,” Trujillo said. “We see nowhere in this document where a new funding source is offered, or they’re proposing a new mechanism to help pay for the very, very costly recommendations … and they’re going to be well above and beyond CARES Act funding that has been provided to this district.”

The district will receive more than $18.5 million in CARES funds that Congress passed in response to mass layoffs due to the COVID-19 pandemic, and that money will be reimbursed after the district has spent it, said Karla Escamilla, a district spokesperson. Trujillo said small items like face coverings can add up to big expenses.

Another funding issue looms for schools across Arizona. As classes went online after the state ordered schools to close March 16, legislators allowed the same state funding for online students as those who attended school in-person. But that will have to be revisited for the fall.

The Department of Education declined an interview request for this story. Department spokesperson Morgan Dick said in an email that the “guidelines presented in the roadmap are a series of suggestions and are not mandates for schools,” and that the department is continuing “to work with Governor Ducey and his team, as well as the Legislature to ensure that schools have all the tools they need to safely reopen the brick and mortar facilities next school year.”

But reopening in any form may be more than some parents are willing to accept.

“Like I told my husband last night, I wouldn’t mind if my kids lost a year of school, because everything is so crazy,” said Irasema Navarro, who’s worried about any plan that would send her three children back to their schools.

“It’s just a whole new world. And I don’t think, you know, the teachers or even us parents, or, most importantly, the students are ready for that,” she said.

Navarro’s son, Santiago, will be a sophomore at Camelback High School in central Phoenix. He’s torn about returning to Camelback this fall.

“I can look forward to it. But then it’s kind of scary, too, because I don’t know if some people can be sick or right precautions will be taken,” he said.

Neither Santiago nor his mother know what the best solution is for Arizona students.

“I’m torn as a parent because I know my kids need socializing, and they need to go to school and have a normal life,” Navarro said. 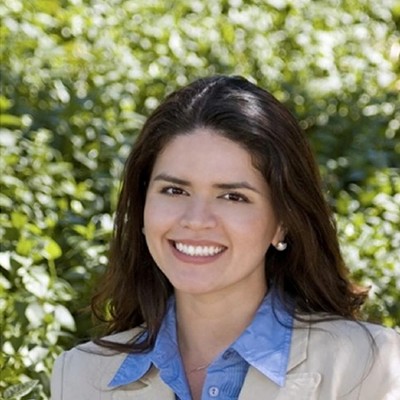 Trump in Yuma to mark 216 miles of border wall, still a work in progress