Your Southern AZ COVID-19 AM Roundup for Monday, June 15: Confirmed Cases Surpass 36K; Trends Moving in Wrong Direction; Ducey Says "Virus Is Something We Need To Learn How To Live With"

The number of confirmed coronavirus cases in Arizona jumped past 36,000 as of Monday, June 15, with a jump of 1,014 new cases reported this morning, according to the Arizona Department of Health Services.

A total of 1,194 people have died after contracting the virus, including 223 in Pima County.

In Maricopa County, the number of confirmed COVID-19 cases hit 19,372.

Although Gov. Doug Ducey told Arizonans that the state "was clearly on the other side of this pandemic" when he lifted his stay-at-home order on in mid-May, Arizona hospitals continue to see a steady rise in the number of people hospitalized with COVID symptoms, as well as more people visiting emergency rooms. This morning's Arizona Department of Health Services report shows that as of yesterday, 1,449 Arizonans were hospitalized, a jump of 440 from June 1.

A total of 931 people arrived at emergency rooms with COVID-like symptoms on June 14, according to the report. Previous to June, the number of people seeking help in emergency rooms never topped 667, but the daily number hasn't dipped below 800 since June 5.

A record number of 464 Arizonans were in ICU units.


Despite the rising number of hospitalizations, Gov. Doug Ducey said last week there's no reason to be concerned about hospital capacity.

Ducey pushed back at local and national media reports that suggested that the rising cases, increased hospitalization and reversal of CDC gating criteria trends meant that Arizona was moving in the wrong direction and called reports that the healthcare system was nearing capacity "misinformation."

Banner Health officials warned on June 5 that unless current trends changed, they would have to activate a reserve bed plan as their ICU beds were nearly full. 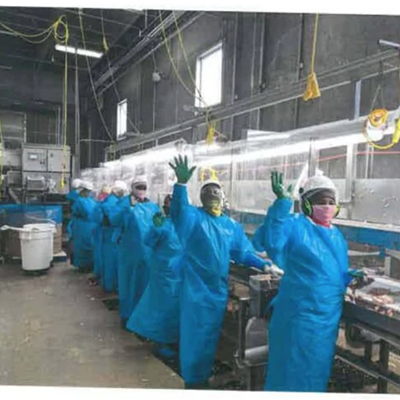