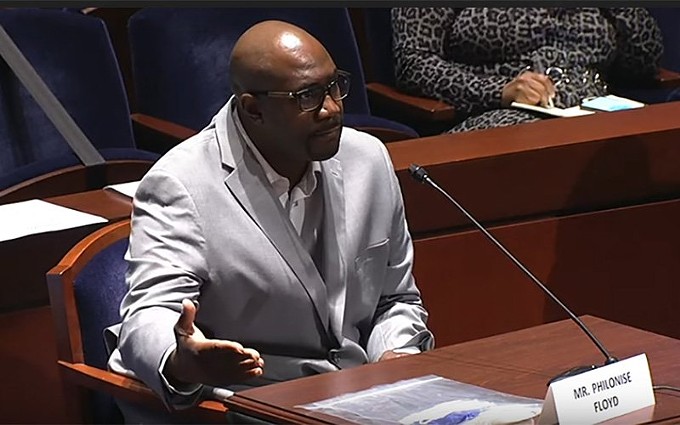 Photo courtesy House Judiciary Committee
WASHINGTON – The brother of George Floyd, whose death at the hands of Minneapolis police sparked nationwide protests, told a somber House committee Wednesday that he hopes his testimony can bring changes so that Floyd’s “death will not be in vain.”

“People have come together to make change,” said Philonise Floyd, the lead witness in a daylong hearing by the House Judiciary Committee on police practices and accountability.

That hearing also included testimony from the widow of a police officer who was shot and killed during an Oakland protest, civil rights advocates, lawyers and criminal justice experts.

The hearing came two weeks after the release of videos that showed Minneapolis police officers kneeling on George Floyd for almost 9 minutes, with one officer pressing his knee into Floyd’s neck despite his repeated pleas that he could not breathe.

Floyd’s death sparked days of protests around the country and the world, with protesters taking up “I can’t breathe” and “defund the police” as a rallying cry.

Philonise Floyd, testifying one day after his brother’s funeral, was mostly composed and the mood at the hearing was respectful. But while lawmakers agreed on the need for reform they disagreed on how to get there.

For Democrats the answer is the Justice in Policing Act of 2020, a sweeping reform bill introduced Monday that calls for the collection of data on police misconduct and use of force, requires police body cameras, creates a national registry of officers charged with brutality and weakens legal protections for officers.

The bill would also prohibit “no-knock” warrants in drug cases, encourage departments to ban the use of chokeholds, work to end profiling and fund training in de-escalation techniques.

“This is a charge that every level of government must take up – from those of us in Congress to everyone who serves on a city council,” Stanton during the hearing.

He pointed to his time as Phoenix mayor, when the city started a Community Police Trust Initiative.

“We enhanced de-escalation training for our officers. Rewrote the guidelines for interacting with the immigrant community. We started putting body-worn cameras on officers on patrol,” he said. “And then, when we saw the results, we budgeted for every officer on the beat to wear a camera.”

Republicans, meanwhile, pushed back against protesters’ call to “defund the police.” Many were like Rep. Debbie Lesko, R-Peoria, who said that cutting police budgets would leave victims of crime unprotected.

“Who will protect victims, response time if police are disbanded?” asked Lesko, who cited her own experiences as a survivor of domestic violence.

The Minneapolis City Council said Sunday that it plans to defund and dismantle the city police department in the wake of Floyd’s death. But other witnesses called that a mistake.

Angela Underwood Jacobs’ husband, Patrick Underwood, was a police officer who was shot and killed in Oakland, Calif., during a Black Lives Matter protest sparked by Floyd’s killing.

“The idea to have our communities without protection, safety, is wrong,” Underwood Jacobs said in response to a committee member’s question. “Get out and vote, get the right person in office to ensure we feel like we are protected.”

Darrell Scott, senior pastor for the New Spirit Revival Center in Cleveland Heights, Ohio, and a member of President Donald Trump’s executive transition team, said that “the criminal element would enjoy nothing more than a reduction in police presence and power.”

That was echoed by Houston Police Chief Art Acevedo.

“Some people think defunding is the right answer – this is not the answer,” Acevedo said. Like many at the hearing, he stressed that the overwhelming majority of cops are good people, but he said meaningful reform must be enacted.

Most at the hearing acknowledged the problem of police and race relations.

“I have two black grandsons, so I haven’t experienced the discrimination that some of you have, but I sure don’t want them to be discriminated against,” Lesko said.

Ben Crump, an attorney representing the Floyd family, said the systemic racism that led to Floyd’s death needs to be attacked like it’s an epidemic on black people.

Crump, pointing to a section of the Justice in Policing Act that would weaken officers’ qualified immunity from lawsuits, said that “immunity breeds impunity.” Lifting that immunity would let individuals to recover court damages when police violate their constitutional rights.

Vanita Gupta, president of the Leadership Conference on Civil and Human Rights, pushed for another part of the bill that would create a National Police Misconduct Registry, aimed at keeping “gypsy cops” from moving to a new department after being fired from one for misconduct.

Whatever action the committee takes, Stanton said, much more will need to be done.

“I recognize that the ability to end racism in our country is beyond the reach of this committee,” he said. “But what we can do is address structural racism and enact tangible measures of transparency and accountability in policing that can help make everyone more safe.” 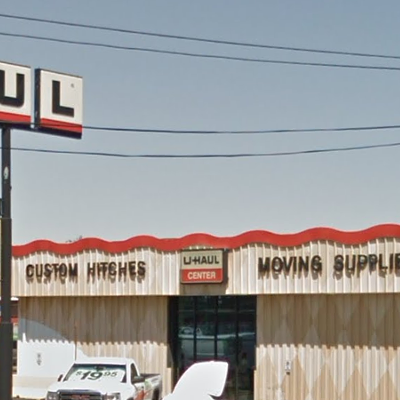