The areas of Catalina Foothills that are under an evacuation order.

The Pima County Office of Emergency Management and the Pima County Sheriff’s Department have expanded their order: Residents of the Catalina Foothills between Alvernon Way and Sabino Canyon Road, north of Skyline Drive, should "be alert" for potential evacuation notices.

The areas of Catalina Foothills that should "be alert" for potential evacuation.

The Pima County Sheriff's Department has issued an evacuation order for certain Foothills neighborhoods currently threatened by the ongoing Bighorn Fire: Homes north of Ina Road between Alvernon Way and First Avenue are now being evacuated.

If you are in this area, EVACUATE NOW. Move south away from the Catalina Mountains. Do not delay leaving the area. The Pima County Sheriff’s Department will be going door to door to make contact with those affected residents who may not have received the message. A cooling shelter is available at CDO High School, 25 W. Calle Concordia, in Oro Valley.


The Oro Valley Police Department also posted a notification for residents on the western slope of the Catalina Mountains, near Pusch Ridge: Be ready to leave at a moment’s notice.
The southeastern region of Oro Valley, from West Magee Road to Catalina State Park on the east side of North Oracle Road, is now in the “Set - Be Alert” stage.
“Residents should avoid close contact with those who are sick and should practice public health recommendations when relocating,” the department stated in its warning. “Grab your emergency go kit. Keep in mind unique needs for your family or special equipment for pets and livestock.”

The 3,300-acre Bighorn Fire formed in the Catalina Mountains on June 5 as a result of lightning storms and has since burned across the Pusch Ridge Wilderness and Pima Canyon area. According to the National Forest Service, it is now established in the upper half of Finger Rock Canyon and has been burning actively.

Fire crews remind the public that drones are prohibited over the fire area, as firefighting aircraft are busy and must be grounded in drones' presence. According to the National Forest Service, on June 8, a drone was observed over the Bighorn Fire’s southern perimeter, which "forced the aircraft suppression effort to be halted, endangering the lives of on the ground firefighters and the aircrews at a critical time during the height of the burning period." This is the second such incident in three days. 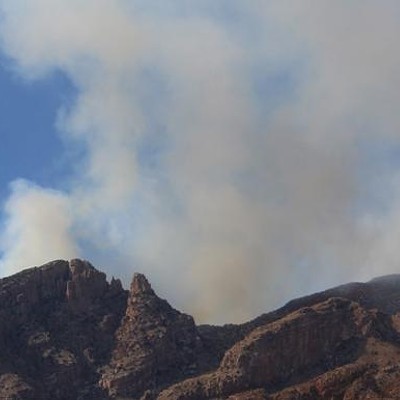 Gov. Doug Ducey, Could You Please Start Telling People To Mask Up? 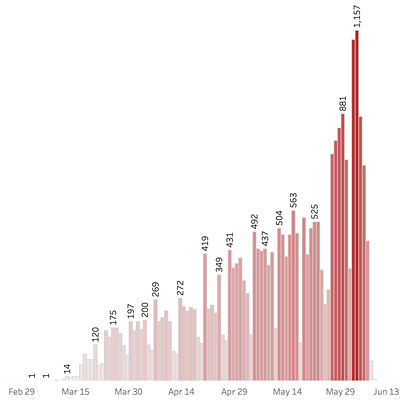