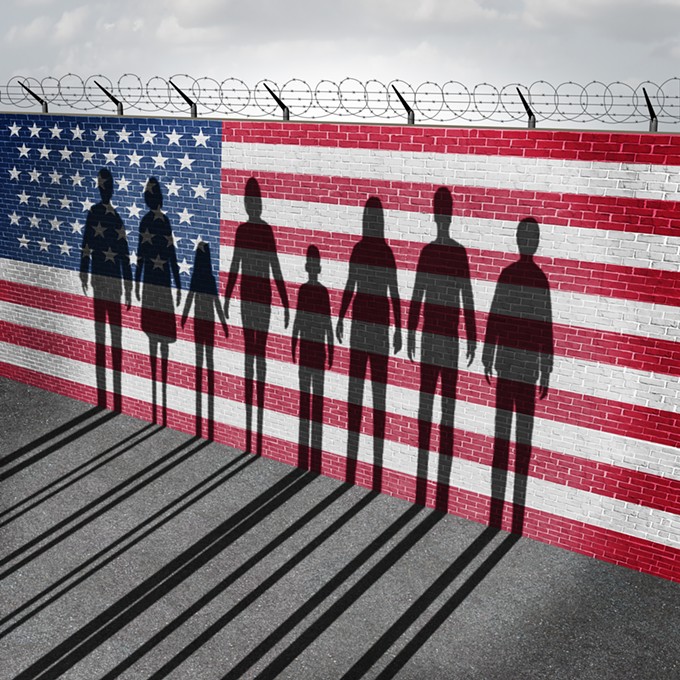 This article is co-published with The Texas Tribune, a nonprofit, nonpartisan local newsroom that informs and engages with Texans. Click here to get up to speed on their essential coverage of Texas issues.

Democratic congressional leaders expressed alarm Wednesday at a sudden acceleration in the deportation of migrant children and in a strongly worded letter requested that the Department of Homeland Security and Immigration and Customs Enforcement “cease this practice immediately.”

The letter signed by five key House leaders overseeing immigration cited a May 18 ProPublica/Texas Tribune story that found the U.S. government has aggressively begun to rush the deportations of unaccompanied children in its care to countries where they have been raped, beaten or had a parent killed, according to attorneys, court filings and congressional staff.

That comes on top of more than 900 unaccompanied children the government has turned back at the border under an emergency declaration in March by President Donald Trump’s administration to stop the spread of COVID-19. Usually children traveling alone qualify for expansive protections under the law.

U.S. Rep. Joaquin Castro, a Texas Democrat who chairs the Congressional Hispanic Caucus and helped author the letter, said in a statement that the United States has both a legal and moral responsibility to protect migrant children from possible abuse and human trafficking.

“It is appalling and unacceptable that the Trump administration is deporting and denying due process protections to the most vulnerable of the most vulnerable people — unaccompanied children who were forced to wait in Mexico for a chance at asylum in America,” Castro said. “President Trump is using the guise of public health to advance his anti-immigrant agenda.”

The letter was signed by four other House Democrats holding leadership positions, including Jerrold Nadler, a New York Democrat who chairs the Judiciary Committee with oversight over DHS.

DHS did not immediately respond to a request for comment.

April Grant, a spokeswoman for ICE, said in a statement that correspondence between members of Congress and her agency is handled through official channels and “will be addressed by appropriate officials at the department.”

In recent weeks, federal authorities have stalled the release of migrant children in the U.S. to relatives and in late-night moves have attempted to deport some of them with scant notice to their attorneys.

The government seems particularly focused on children who had been required to stay in Mexico with their families under a controversial 2019 Trump administration program named the Migrant Protection Protocols, in which most had no access to lawyers.

As violence surged in Mexican border towns and some parents were assaulted, kidnapped or even killed, many children streamed into the U.S. alone.

Since March, the administration has tried to quickly deport at least 15 such children, according to their lawyers, and removed at least seven, including one who was 10.

At least two children sent back in recent weeks, including a 16-year-old who had been raped by her father in Honduras, have been tracked down by international refugee agencies after U.S. counterparts asked them for help. One boy is locked down in a relative’s home in Honduras and said in an interview that he fears going outside because of abuse related to his sexual orientation.

Another teen was deported without his attorneys being notified and despite an immigration judge agreeing to reopen his case.

At least six more such children are fighting deportation with last-minute court appeals after their lawyers said the U.S. moved suddenly to put them on planes home.

“It is especially galling that DHS would choose a time of global pandemic to target such vulnerable children, denying them access to basic due process protections and a meaningful chance to have their cases reopened and appropriately considered,” the congressional letter said.

The government has said children are subject to deportation if they and their family already have been denied asylum in Mexico under the Migrant Protection Protocols program — even if the minors later cross the border by themselves under different circumstances.

In court filings, attorneys for the administration have maintained federal law did not require that these children receive new cases as unaccompanied minors with the broad rights that status affords.

But attorneys in lawsuits across the country argue that is a violation of both a 2008 law intended to protect migrant children from trafficking and a 1997 federal settlement forcing the government to hold such minors in “safe” conditions and make “prompt” efforts to release them. The attorneys contend the government is breaking the law by not granting children entering the U.S. alone a new bid at asylum.

They include two Salvadoran girls, 8 and 11, who their mother and lawyers said had come to the Texas border with their father after local gang members threatened to kill them. A U.S. immigration judge denied their asylum case in January. In March, the father was attacked in Matamoros, across from Brownsville, after leaving work.

When he didn’t return for two days, a neighbor feared the worst and told the girls to cross the border alone to find their mother in Houston.

U.S. authorities placed them in temporary foster care through a federal shelter and approved their release to their mother. They were about to be reunified with her in mid-May when, abruptly, the government moved to deport them.

The children have said they were victims of sexual assault in El Salvador, and the mother told authorities the only relative left there is connected to those allegations. The mother said ICE informed Salvadoran consular officials that they could go to foster care in their home country if they had to.

The children’s pro bono lawyers challenged their deportation in federal court and to the Board of Immigration Appeals. ICE agreed to pause their deportation until those legal actions are resolved, said their lawyer, Elizabeth Sanchez Kennedy of YMCA International Services in Houston. The girls were temporarily released to their mother this month.

Congressional Democrats in the letter said the Migrant Protection Protocols program has imperiled many of the more than 60,000 people who have been returned to Mexico under that 2019 initiative. Of those, more than 1,100 have been kidnapped, raped or assaulted in Mexico, including children, according to Human Rights First, an advocacy group.

The U.S. State Department has long warned against travel to the state of Tamaulipas, which borders Texas, because of crime and kidnapping, classifying it at the same danger level as war zones like Syria.

The White House has been trying since 2017 to undo federal protections for immigrant families and children, who the administration contends are wrongly allowed to stay in the U.S. for years because of loopholes in federal law. The government, which tried separating immigrant parents from their children at the border before federal litigation halted the practice, is seeking changes to a settlement decree governing the care of migrant children and expediting their cases in immigration courts.

“It has tried tactic after tactic, from separating children from their parents to forcing asylum-seeking families to wait indefinitely in dangerous conditions in Mexico,” said Jennifer Nagda, policy director for the Young Center for Immigrant Children’s Rights, which provides guardians ad litem for minors. “But COVID provided cover for the administration’s ultimate strategy — closing the door to all children.”

Cities, counties to get $441 million in direct COVID-19 relief funds