Cities, counties to get $441 million in direct COVID-19 relief funds

WASHINGTON – Arizona cities and counties will get access to nearly $600 million in COVID-19 relief funding, part of the more than $1.8 billion awarded two months ago to Arizona under the federal CARES Act.

Larger jurisdictions received their funds directly from the federal government, but Gov. Doug Ducey said Wednesday that the remaining cities and counties in the state will get $441 million directly, based on population. They will also have access to another $150 million in emergency relief funds.

“Our office has met with mayors and county leaders to hear directly how COVID-19 is impacting their communities, and this plan delivers for them,” said Ducey, during a roundtable with a half-dozen mayors and county officials from around the state.

“It maximizes flexibility and prioritizes getting dollars quickly to where they’re needed most,” he said. “Key points the plan is focused on are maximizing flexibility, minimizing red tape and getting needed relief funds to local communities faster.”

Ducey said the $441 million in the AZCares Fund should be in local governments’ hands as early as Thursday. The other $150 million that has been set aside for local governments will be held in the Arizona Express Pay Program, which will be used to expedite cities’ requests for reimbursement from the Federal Emergency Management Agency for expenses related to COVID-19.

The AZCares Fund payments range from $40,927 for the town of Winkelman to $29.6 million for Scottsdale, money that city officials had been saying is badly needed.

“Now more than ever it is so important that the CARES Act dollars are going to cities and towns because we are the ones at the front lines of this pandemic,” Tempe Mayor Mark Mitchell said before Wednesday’s announcement. “The sooner we get the CARES Act relief funds from the state, the sooner we can all work together to grow the economy.”

Counties and cities with more than 500,000 residents got funding directly from the federal government under the $2 trillion Coronavirus Aid, Relief and Economic Security – or CARES – Act, which was signed into law in late March. Some officials had started to complain recently about the lag in getting funds out to the state’s smaller jurisdictions.

In a letter Tuesday, Democratic Reps. Greg Stanton of Phoenix and Ann Kirkpatrick of Tucson called on Ducey to “immediately allocate resources to our communities on the frontlines of this crisis” saying that further delays would “cause irreparable harm to our long-term recovery efforts.”

“Communities across Arizona have been hit hard by the economic fallout of the COVID-19 pandemic,” their letter said. “With revenues plummeting and the unanticipated costs of the response to this crisis, our cities and towns need a lifeline now.”

But officials at Wednesday’s announcement were not complaining.

“The governor met with us. We told him about the importance of flexibility when allocating these dollars and he delivered,” Sahuarita Mayor Tom Murphy said. “With these dollars, Sahuarita and communities around the state will be better equipped to protect public health and get our businesses up and running more quickly.”

Payments from the AZCares Fund announced Wednesday range from $40,927 for Winkelman to $29.6 million for Scottsdale. There are no restrictions on how local governments can spend the money, with Ducey and the mayors saying that flexibility is important for those dollars to be put to the best use.

The other part of the local funding, the $150 million Arizona Express Pay Program, will be available to local and tribal governments, state agencies, nonprofit health care providers, schools and fire districts. It will be managed by the Arizona Department of Emergency and Military Affairs and be used to reimburse locals for expenses like personal protective equipment, COVID-19 testing and other pandemic-related costs.

Ducey said he wanted to be careful about spending the rest of the state’s CARES Act allotment from the federal government, saying it could be used to pay costs like unemployment benefits, for example.

Kingman Mayor Jen Miles, like most at the briefings, said the funding will be put to good use.

“Kingman has worked to protect residents and ensure businesses can continue serving their customers,” Miles said. “As we work to re-energize our economy and keep people safe, these dollars will go a long way.” 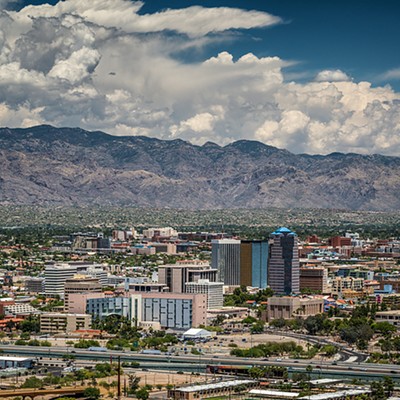