Mark Kelly Crushing Sen. Martha McSally in Yet Another Poll 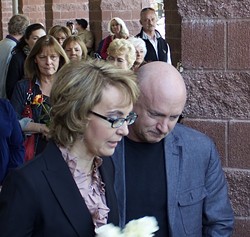 Jim Nintzel
Mark Kelly and Gabby Giffords at a memorial for those slain in Tucson's mass shooting on Jan. 8, 2011.
Retired astronaut Mark Kelly holds a 10-percentage-point lead over appointed U.S. Sen. Martha McSally, according to a new survey by one of the state's most respected political consulting firms, Highground Public Affairs Consultants.

More than half the voters surveyed, 51.3 percent, supported Kelly in the poll, while McSally had the support of just 41.3 percent.

Kelly, who is married to former Southern Arizona congresswoman Gabby Giffords, is leading McSally 54-36 percent in Pima County and is doing even better in Maricopa County, where his lead is 57-36. But McSally is outdoing Kelly in the rural counties, leading 60-31 percent.

Given that a Highground poll released yesterday showed that Trump was trailing presumptive Democratic nominee Joe Biden by just 2 percentage point, Highground CEO Charles "Chuck" Coughlin said that McSally is not being dragged down by Trump but is failing on her own reputation.

“Clearly, for the Arizona voter, Kelly is presenting himself as a better option than Biden, adopting the similar strategy which won Krysten Sinema her United States Senate seat in 2018 of avoiding the progressive partisan label that the Democratic Party’s nominee must shoulder,” said  Coughlin, a onetime advisor to former Arizona governors Fife Symington and Jan Brewer.

Coughlin said McSally was running out of time to change the narrative of the race.

“The social and economic tumult of the past three months would lead one to believe that anything is possible, but the road ahead is narrowing for McSally’s campaign," Coughlin said. "Mark Kelly is a formidable candidate for the Arizona electorate, one could reasonably describe him as the best candidate the Democrats have running in this cycle."

But Coughlin added that there would be big twists ahead.

“With a 20-point lead in Maricopa County and more than 17 point lead in Pima County, many might consider this race all but over," Coughlin said. 'But, that would be a mistake. Our survey released yesterday indicated that 20% of the electorate is blaming China for COVID-19 and 25% still doesn’t know or is blaming no one. Given the recent attacks on Kelly’s business dealings, you can expect the Republican narrative to focus sharply on this issue in an attempt to link Kelly to China and undermine his performance in the dominant media markets of Maricopa and Pima County. McSally will clearly have to up her game with Republican and swing voters in Maricopa and greater Arizona in order to be successful, but as long as Trump is running a competitive race, you cannot count Senator McSally out.”

The N=400 survey was conducted among likely voters 5/18 through 5/22. The poll surveyed likely Arizona 2020 General Election voters who have a history of electoral participation and was balanced to model the likely turnout of voters across party, age, region, and gender. The live interview survey of voters was conducted by HighGround Public Affairs to both landline and cell phone users. The partisan advantage was set at +4% GOP based on previous election trends and expected Presidential Election turnout. The margin of error is ±4.9%. 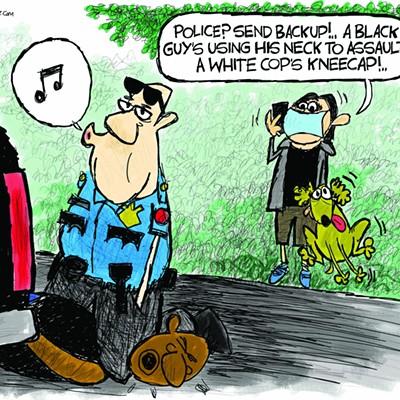